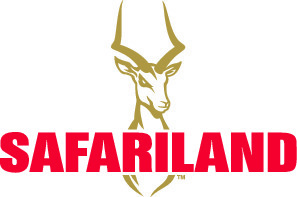 The Safariland Group is a designer and manufacturer of equipment for sporting, military, law enforcement, investigation and public safety personnel., specifically gun holsters. Safariland offers a full selection of duty holsters and concealment holsters, which are carried by more than 70% of law enforcement officials in North America.

In 1964, following his father's request for a custom holster, Neal Perkins launched a holster business from his garage in Sierra Madre, California. He named his new company after the African safaris he and his father enjoyed together. Safariland quickly went from making a few hundred holsters to more than 5,000 within a few months.

For this project, we spoke with Matt McKendrick, who is Director of Engineering for Safariland.

According to McKendrick, he and his team use Solidworks, which is installed in their Puget Systems’ workstations, to design every piece of gear from concept to prototype. The team also uses CAMWorks Software for Machine Tools for prototyping, along with SplitWorks and ElectrodeWorks to design tooling components. In the shop, there are at least five CNC machines, two 3D printers and an array of manual machines, along with hand tools such as gauges, calipers and instruments used to reverse engineer firearms and holsters.

The 3D printers allow Safariland to turn out prototypes in a matter of hours rather than sending the projects out to a manufacturer, which often took several days to turn around.

“Those 3D printer units cost us about $2,000 a piece,” explained McKendrick. “A prototype is about $400. You print four prototypes and you pay for the machine. When one printer goes down, we figure it’s already paid for itself and purchase a new one immediately.” 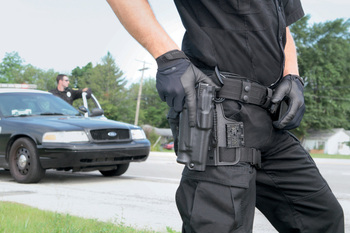 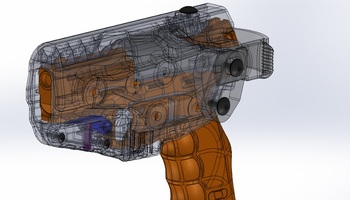 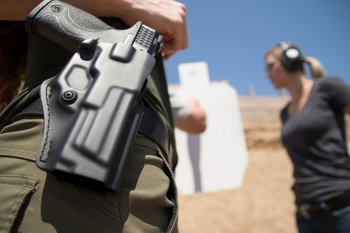 “You need the thing to run fast.”
– Matt McKendrick

According to McKendrick, his challenge before purchasing a Puget Systems workstation was finding a custom manufacturer to tailor the computers the way he needed and still carry a warranty.

“Solidworks depends on that single core, so other than memory and a great video card, you need the thing to run fast,” McKendrick said.

McKendrick bought his first Puget Systems workstation in 2011. According to McKendrick, it’s not only fast enough to keep up with his work, it is still performing just as efficiently seven years later.

“I never had a single problem until my own IT department came in and started running anti-virus software they use to get into computers offsite. I notice a drag there and some issues with performance, but as far as the computers themselves, I haven’t had any issues at all.”

McKendrick touts Puget Systems’ quality machines for why Safariland continues to purchase its workstations from Puget.

“I could tell the testing had been done and the documentation was included with every computer, which was cool,” said McKendrick. “The fact they’ve run problem free has been great. The few times I called customer service, the person I interfaced with was really good. We got a good response out of you guys, and I know if I did need you, I would be attended to properly and promptly. “

"I know if I needed you, I would be attended to properly and promptly.”
-Matt McKendrick