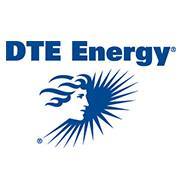 Puget Systems After Effects Workstation "Worth Every Penny"

DTE Energy is a Detroit-based diversified energy company involved in the development and management of energy-related businesses and services nationwide.

According to Airgid, his workflow consists mostly of using After Effects. He says a lot of his work includes rendering “odd ball” sizes. Airgid works a lot with 1080p, but creates graphics that are 5,000 to 10,000 pixels wide and 50 pixels high.

A lot of his work on his Puget workstation includes creating motion graphics for what’s known as the jewel skin at Little Caesars Arena in Detroit. It’s a single projection screen made up of hundreds of dimensional metal panels, stretching 600 feet.

“It’s a really unusual file format,” he explained. “So, it takes a ton of a system to do that. In the way those files are built, they’re broken in two and kind of layered, almost like a wallpaper. Even doing that, the system is taxed to the max. I will often hit render and walk away for a while. But, my Puget system is killer. It’s super fast.”

“This is the first computer that has never given me a blue screen, and I've never had a serious failure. And, that's unusual.”
– Kevin Airgid

For Airgid, his biggest challenge with his work is the time it takes to render his motion graphics projects. With his Puget Systems workstation, he says he’s shaved 20% off his rendering time.

“This is the first computer that has never given me a blue screen, and I’ve never had a serious failure. And, that’s unusual.”

Airgid expressed appreciation for all the testing and benchmarking Puget puts into each of its systems. He says it’s saved him hours of production time and says he hasn’t experienced a single corrupted file. For Airgid it’s been key for him to be able to preview his animations.

“If it’s taking forever to see a preview, you can’t go change stuff,” he explained. “You get mentally tired. The more preview you can see when you’re rendering something, the more creative you can be. You can play with it in real time. And that’s what that computer lets me do, it lets me do real time. As an artist, I don’t worry as much about the technology, I can be more creative.”

Airgid found Puget Systems while researching the best system for an After Effects machine. He said Puget Systems came highly recommended as a good, quality build in several of the forums he read during his research.

Airgid said he will soon be in need of a new system at home, and Puget Systems is at the top of his list.

“The box itself is beautiful. It’s simple, it’s elegant, it’s quiet. You get what you pay for. I think it was around $5,000. It was worth every penny.“

"You get what you pay for. It was worth every penny.”
-Kevin Airgid