"You need the thing to run fast ... I know if I needed [Puget Systems], I would be attended to properly and promptly."

"The computer I ordered is the exact same build I put together personally, outside of the company. Love the configuration! So far it's been a workhorse for rendering and simulation."

Looking for more? View all our SOLIDWORKS case studies.

A: Modeling and working with assemblies in SOLIDWORKS is not able to utilize more than a handful of cores. In our testing, we found that processors with a high operating frequency will give you the best overall performance for general modeling tasks. Simulation and rendering, however, can see moderate to large performance gains with a higher core count. That is why we use Intel Core X CPUs with eight to eighteen cores for our Simulation & Rendering workstation.

A: Not only does Dassault Systemes advise their users to use a workstation card, there are actually some significant performance advantages to doing so. In our testing we found that in "shaded w/ edges" mode even a low-end Quadro will out-perform the fastest GeForce card. In addition, using a workstation card is the only way to get official support for features like Realview and Ambient Occlusion.

A: The amount of RAM you need is going to depend on the number and complexity of parts in your assembly. A general rule of thumb is that you need about 5GB of RAM for SOLIDWORKS itself, then at least 20 times the largest assembly file size you work with. Most users will want between 16-32GB of RAM in order to have enough for both SOLIDWORKS and other various applications they may want to run.

Q: Will an SSD help me open and save assemblies faster?

A: Yes! SSDs are much faster than traditional hard drives and in many cases can give a noticeable decrease in the time it takes to open and save assemblies. Be aware that smaller assemblies tend to not be I/O bound which means that there may not be a large difference with a faster storage drive but in general, the longer it takes you to open an assembly the more useful an SSD will be.

A: In the past, Xeon CPUs were more robust than their Core series counterparts. Today, however, there is very little functional difference between the two Intel product families for workstations. In addition, Xeon CPUs are almost always clocked slightly lower than the Core i7 and i9 CPUs - which means that you would be giving up a small amount of performance to gain a set of features that are typically only useful for servers.

Q: Will these systems work for CATIA or other CAD software?

A: Yes! SOLIDWORKS and CATIA have very similar system requirements so these workstations should also be excellent for almost any CAD/CAM/CAE software including CATIA, Solid Edge, Creo, and many others. 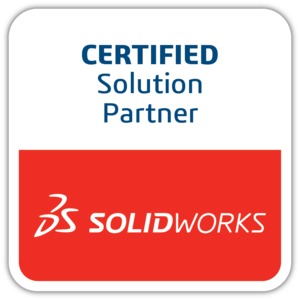