Skip to content
Always look at the date when you read an article. Some of the content in this article is most likely out of date, as it was written on October 15, 2013. For newer information, see our more recent articles. 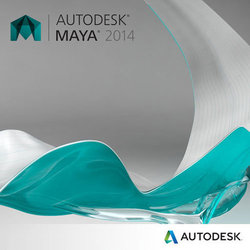 In a previous article exploring GPU acceleration for Maya 2013, we looked at the performance of both desktop and workstation video cards. Almost all of the cards we tested were certified by AutoDesk but we found that workstation cards were by far a better choice than desktop cards.

While the AMD FirePro cards we tested are still current, NVIDIA has since released an entirely new line of Quadro cards. In addition, Intel has also released new CPUs that might affect our results. So in order to keep our benchmarks up-to-date, we want to benchmark Maya 2014 with the latest NVIDIA Quadro and AMD FirePro cards on the latest Intel CPUs and chipsets.

To benchmark these cards, we will be using the SPECapc benchmark for Maya 2012 on Maya 2014. This benchmark is a full system benchmark that tests 3D and 2D graphic performance in addition to CPU performance in multiple scenes with several model types including shaded, textured, and wireframe models.

Since visual aids are a great way to get a feel for a benchmark, here is single benchmark run using FRAPS that we recorded in our AutoDesk Maya 2013 GPU Acceleration article to help you get a feel for exactly what is tested by this benchmark:


To test a wide spectrum of GPUs, we tested the following cards. At the moment, neither AMD nor NVIDIA has a specific driver or plugins available for Maya 2014 so just the base driver was used (320.86 for NVIDIA Quadro, 12.104.2 for AMD FirePro). Note that Maya 2014 does not currently support multiple GPUs, so only a single card was used in all of our testing.


Maya was configured according to the SPECapc readme.txt with two minor changes in order to allow the benchmark to run on Maya 2014. These changes were a simple edit to the bat file (correcting the directory change to reflect the proper location) and manually copying the benchmark script to the Maya2014\scripts\others folder. Other than those two minor changes, nothing was needed to allow the SPECapc Maya 2012 benchmark to run on Maya 2014. 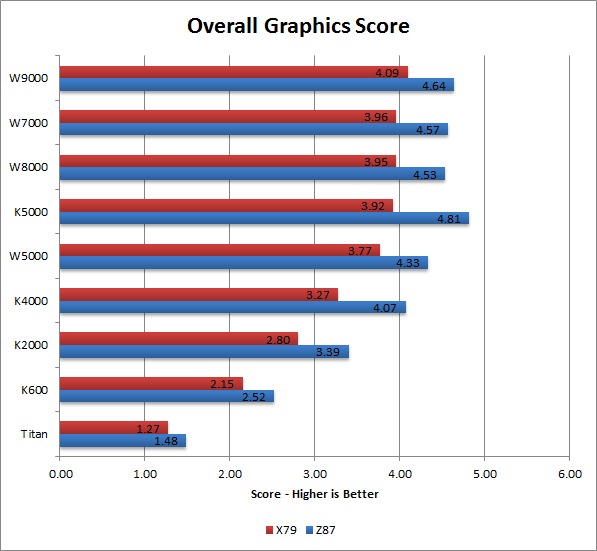 From an overall graphics standpoint, we found that AMD FirePro cards perform much better in Maya 2014 than their NVIDIA Quadro counterpoints. In fact, the only NVIDIA card that overall out-performed AMD was the Quadro K5000 which just barely beat the FirePro W5000. On an individual test basis, the Quadro K5000 was the top performing card in both the Shaded HQ and Textured HQ tests, but the other Quadro cards were all beaten by the AMD FirePro cards.

One interesting thing we found is that while the performance difference between the NVIDIA Quadro cards is pretty large, the AMD FirePro cards all received very similar results. So while it would be worth it to get a Quadro K2000 over a Quadro K600, justifying a FirePro W7000 over a FirePro W5000 is much more difficult. In fact, the FirePro W8000 actually scored worse than the FirePro W7000 in our testing.

While this article is about GPU acceleration, we also found some very interesting results in the CPU portion of the benchmark that we feel deserves to be mentioned:

The interesting point here is that all of the NVIDIA cards received higher CPU scores than the AMD cards. This deviation mostly occurred in the physics portion of the benchmark, but even the Render test performed better with NVIDIA. So while our testing shows that AMD FirePro is much better from a graphics standpoint, if you perform CPU-intensive tasks in Maya you may be better off with an NVIDIA card due to the higher CPU performance.

Our benchmarks clearly show that the AMD FirePro cards are the top performers in Maya 2014, but the results are muddied a bit by the fact that you get better CPU performance when using an NVIDIA card. Overall, however, we would still recommend using an AMD FirePro card over a NVIDIA Quadro card for Maya 2014.

When it comes to choosing which AMD FirePro card to use, we recommend either the W5000 or W7000 depending on your budget. While there are higher-end FirePro cards available, The W8000 actually performs worse than the W7000, and the W9000 simply does not give enough performance advantage to justify its cost.