Ever since we started developing oil-submersion aquarium kits in 2007, there are a few questions that always come up. The most common is "how does it work?", and "can you put fish in there?" (short answer: no). A close runner up is if you can submerge the hard drive in the oil along with the rest of the components. Our answer has always been a yes for SSDs and a no for traditional platter hard drives due to the fact that platter drives are one of the few components in a computer that still have moving parts. If the hard drive was completely air-tight it would likely be fine, but hard drives have a small hole in the housing designed to equalize air pressure which would let oil in. Since there are parts that move very fast inside a hard drive, oil inside should be disastrous for the hard drive.

While we are very confident in our answer, we have never actually tested to see exactly what happens. So, to finally set the record straight we decided to take the plunge and dunk a hard drive into mineral oil.

First, lets take a look at our setup:


As far as complexity goes, we kept it very simple. Using the 10 liter Tupperware that we are using in our new Mini ITX kits, we simply tied some string to an old Seagate 7200.9 160GB hard drive and suspended it in the oil. The drive was hooked up as a secondary storage drive to an ASUS Sabertooth Z87 with a Samsung 840 Pro 256GB SSD as the primary drive. Keeping the drive as a secondary drive will help us determine when (or if) the drive starts having read/write issues, starts performing slower, or if the drive simply disappears from the system altogether.

Before we dunked the drive, we first established a baseline of how fast this drive performs normally. This is an older drive – so performance isn't all that great – but it should be more than enough for this test. 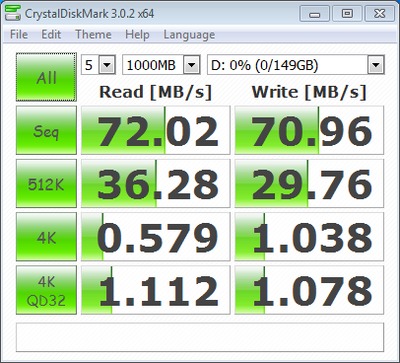 Once we established this baseline, we dunked the drive into the oil. Note that we left the system and drive powered up and running during this process. If the drive immediately died, we wanted to know right when that happened. We formatted the drive, confirmed it was available, and started loops of CrystalDiskMark to see how long the drive would last.

The answer: about 10 minutes. In fact, it wasn't even enough time for it to finish one pass of CrystalDiskMark! 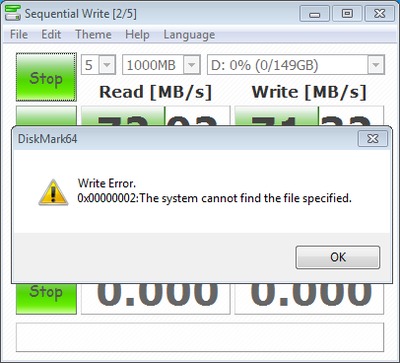 The drive just completely disappeared on us. One interesting thing to note is that until it disappeared, the sequential read and write performance was pretty much identical to our baseline. So the thought that the drive would simply start performing slower and slower turns out to not be true.

Interestingly, when we shut off the system and turned it back on, the drive completely failed to spin up. We could hear and see it trying, but the motor just wasn't strong enough to get the platters to start spinning. If we lifted it up out of the oil and let it drain for a few minutes, the patters did eventually start spinning but the drive still was not detected by the OS.

Now we can definitively say that while you can lead a hard drive to mineral oil, you can't make it work.