Good news for the HTPC crowd!

A kindly soul on a web chat I was on recently pointed out that some ingenious folks have gotten Windows Media Center pulled off of Windows 8.1 and installable on Windows 10. Those accustomed to using Media Center are probably aware that Microsoft stopped developing it after Windows 7, and while it was an optional add-on for 8 / 8.1 it is completely lacking from any version of Windows 10. However, it appears that was just a choice by Microsoft and not due to any sort of technical limitation or incompatibility.

I tested the Media Center installation on one of my systems at home, which I had upgraded to Windows 10 shortly after its release. I no longer use a TV tuner / cable TV service, so I cannot test out the TV viewing and recording side of things – but the rest of it seems to work as it did on earlier versions of Windows. I also tested it on my workstation here at the office, which has a clean installation of Windows 10, and it works here too. And since a picture is worth a thousand words: 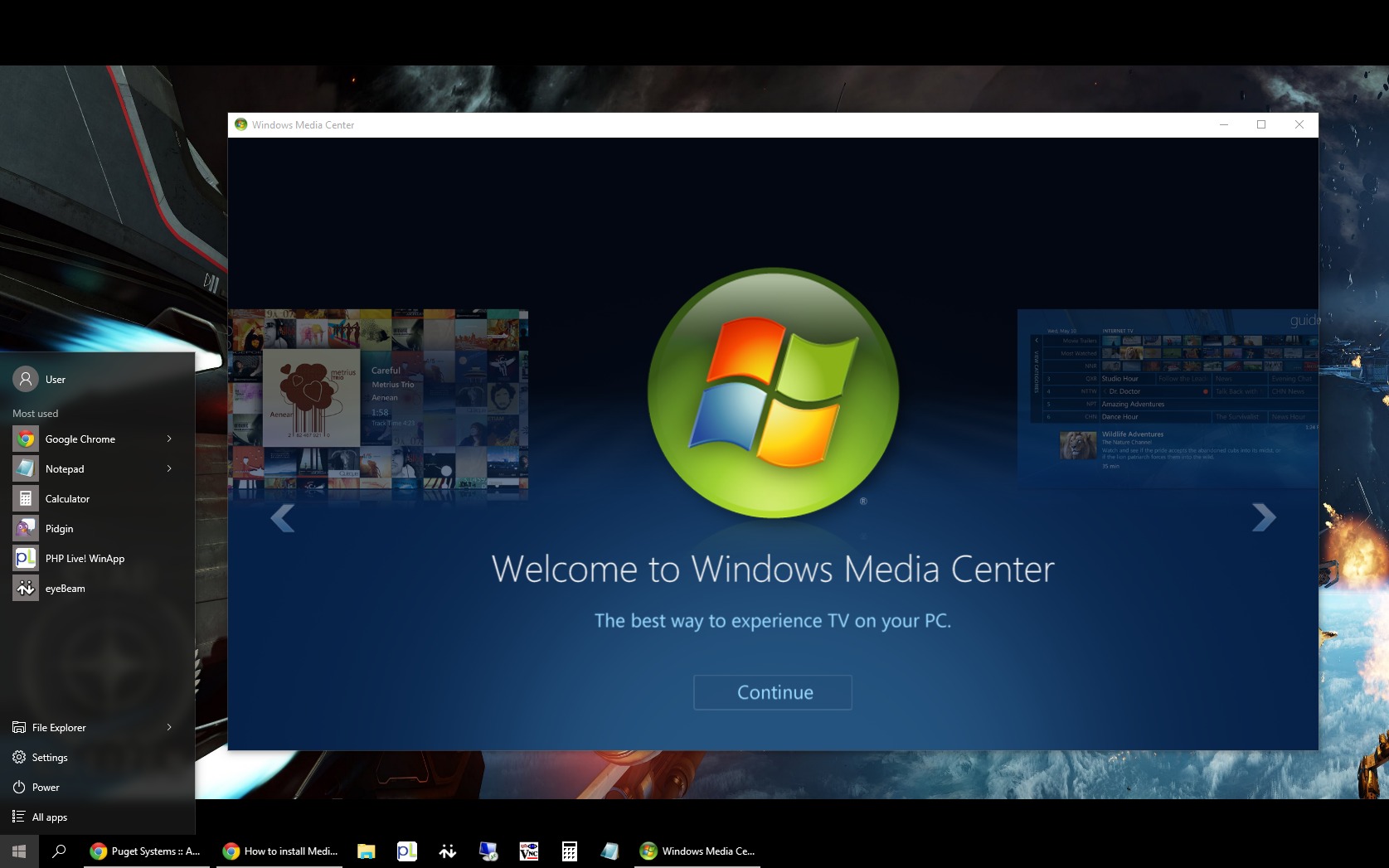 Now before I link to the info about how to install Media Center on Windows 10, I should point out two things:

With that said, here is the page with download links and installation instructions:

If anyone tries this and has comments for the community, please leave them in the discussion section below. Unfortunately, as I mentioned, I no longer have cable TV service at home – so if you run into tuning issues I can’t really help. Good luck 🙂