I’ve written in the past about general hardware recommendations for gaming, as well as specific hardware that is a good value for gaming at specific times, but something I don’t think I’ve mentioned here before is that various types of games have somewhat different needs.

The main factors governing game performance are the processor (CPU) and video card (GPU), but which is more important depends on the specific game. The GPU is responsible for displaying what is going on in the game: the shapes and textures of characters, objects, and the game world; special effects like lighting, shadows, and explosions; post-processing to make the game look even better; etc. The CPU handles pretty much everything else: gameplay mechanics, user input, computer controlled characters / units (AI), etc. Physics calculations, if present in a game, can be done on either the CPU or GPU – depending on what sort of technology is being used for that aspect.

Just based on that description you can probably guess that games which have simplistic graphics, like Minecraft, need very little GPU performance. There are also games that look amazing when graphics quality is cranked up, and need a powerful GPU in order to do that, but which don’t need a particularly high-end CPU – Witcher 3 is a good example of that. To know *exactly* what the situation is for a specific game, you need to look at benchmarks for that game (like those linked to for Witcher 3, above) – but what if you can’t find good benchmarks? Or if you just want to know what is normal for a given genre, rather than a specific game? Hopefully this blog post can answer those questions for you!

Without further ado, then, let's dive into a list of game categories:

First Person Shooters (FPS) – Many of the most popular games of the last two decades fall into this category, and it is often what people think of first when they hear the phrase ‘video game’. Often quick-paced, these games need a powerful video card to handle the rush of movement, weapons fire, explosions, and more that are almost constantly going on. In fact, keeping up a smooth frame rate is most important when a lot is going on on-screen, since being able to react quickly in those situations can mean the difference between winning and losing.

The CPU can also be important, but the degree to which it is depends on the game. If you are playing a local game with lots of computer-controlled opponents, or if the game uses a physics engine that doesn’t harness the video card, then the CPU probably has a lot of work to do. If you are playing an online shooter it may be a lot less CPU dependent, though the processor still needs to keep track of the data being sent to it about other players’ movement. Generally it is best to go for both a high-end CPU and video card for these types of games.

It should also be noted that games can be ‘first person’ even if you aren’t just controlling a person. Vehicle combat games often fit in this category, and some space games can as well (like Star Citizen). Basically anything where you are in direct control of a person or vehicle in a high action situation and from the perspective of that character, rather than a detached, top-down type view.

Role Playing Games (RPG) – These games tend to focus more on story and character development than pure action, but that can vary. The view / perspective also often varies: some RPGs put you in a first-person view, like the Elder Scroll series, and some put you in more of a top-down view (Diablo, Path of Exile, etc). Additionally, some are purely local games – while many these days are online / server based. This means that RPG games can really be all over the place in terms of system requirements, but they also tend to be games with wide appeal… so developers often aim for fairly basic system requirements.

A good rule of thumb here, and you’ll see it come up more as we go down this list, is that games where the view is from a distance, outside your character, have lower graphics requirements. Games where you are in a first-person or over-the-shoulder view tend to need more powerful video cards. In both cases, a good CPU is important – especially if the game is based locally on your computer, which then has to handle control of a lot of opponents and non-player characters (NPCs).

Real Time Strategy (RTS) – Strategy games almost always work from the perspective of a battlefield overview, and so most of them aren’t terribly demanding in terms of graphics. The CPU is usually more important, especially for games against multiple AI opponents where the computer has a lot to keep track of.

However, this can also impact video card requirements. The more units that a game is simulating and displaying on-screen at a time in a game like this the more work there is for the video card to do. Titles like Star Craft which have maybe dozens of units on-screen at a time aren’t bad, and can get away with a mid-range video card… but if you look instead at games like the Total War series you can have thousands of individual units on the screen at a time. In those cases, the GPU becomes a much more important factor in performance – so keep in mind the scope of the games you want to play when picking a video card.

Multiplayer Online Battle Arena (MOBA) – These are a lot like RTS games in how they look, but usually without base building / unit creation mechanics. There are often AI units, but they are minimal – most of the gameplay centers around opposing player-controlled characters. The graphics can be anywhere from very basic to moderately advanced, and there can be a lot of movement on screen at the same time – so a mid-range GPU is a good idea.

Since the main characters are player controlled, and the rest of the game is controlled by a server hosting the game, the CPU needs are pretty minimal. A mid-speed, dual-core CPU is usually plenty. Something else that does come into play here, though, is drive speed – specifically when a new match / level loads. Faster drives like SSDs will let you load in more quickly, and the game cannot start till everyone playing has loaded in… so you don’t want to skimp on the drive and end up being the slow player holding up the start of matches.

Verdict: Mid-range CPU and GPU, plus a fast drive

Racing Games / Simulators – With racing games, the cars are the star – so they often go for very high fidelity graphics and realistic physics. There are also usually several cars racing at the same time. This means a pretty strong emphasis on both graphics and general processing, though not quite to the extremes of a first-person shooter. These games also tend to have a wide range of graphics quality settings, which can ease the demand when playing on less powerful hardware… in trade for a less impressive look to the game, of course. 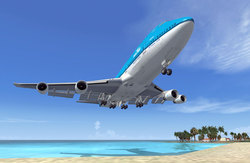 Flight Simulators – Flight sims can look great, but they generally don’t involve fast motion or twitchy player movements which require extremely high-end graphics cards. Instead, these tend to focus more on high speed CPUs to realistically simulate all the systems involved in flying an airplane, with the graphics card being secondary to that… but still important, especially for those making ‘sim pits’ with multiple monitors. Storage space and drive speed also come into play, as simulators have to continually load terrain imagery as you fly around. This is particularly important if you download a lot of high-res terrain packs, which are commonly available for popular flight sims.

Sandbox / Creative Games – One of the newer game categories, sandbox and creative types of games tend to focus on letting the player explore and build. The game mechanics are usually the star, then, rather than extremely realistic graphics, quick reflexes, or whatnot. This means the video card tends to be less important, with even simple Intel integrated graphics often being okay, and more of an emphasis on the CPU. A high-end CPU is usually unnecessary, though, unless the computer is hosting a multi-player game environment (which some of these types of games offer as an option). Overall, a mid-range CPU and an entry to mid-range GPU should do the trick.

I’m sure there are other game categories I have failed to list, as well as subcategories of the genres above. There are also many games which span multiple categories. Grand Theft Auto, for instance, is both a FPS and a racing game. In such cases it is safest to aim for the most demanding needs of all categories involved.

This is not an exhaustive list, nor intended to be the sole resource when picking a gaming computer – but hopefully the info here is helpful, and can guide you in the right general direction. If you want to purchase a new gaming system, we would be happy to build one for you! Please feel free to check out our computers, like those listed below, and to contact our technology consultants if you want advice tailored to your specific needs and budget. 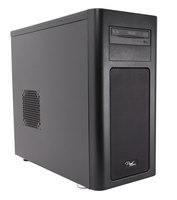 A great all-around computer system with a variety of options and lots of room to expand or upgrade in the future.

The Puget Echo III is built for users who want maximum performance in a slim computer chassis. 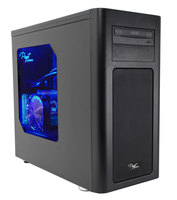 A gaming PC with closed-loop liquid-cooling for the CPU and overclocking options to match.​