We sell all sorts of computers here at Puget Systems, and one of the more popular requests is for a gaming computer.  In fact, we have designed one of our main brands around gaming – the Puget Deluge is an excellent system to consider for a gaming rig.  Some gamers come to us already knowing what specs they want, but others are seeking more detailed guidance on what processor, video card, and other components to go with.  The exact advice we give depends on the situation: the sorts of games they are interested in, the screen resolution they plan to run, their budget, and other preferences.  However, a lot of that advice can be distilled down into the following basic principles.

The two main factors in game performance are the CPU (central processing unit, often referred to simply as the processor) and GPU (graphics processing unit, which is the main chip on a video card).  The processor is responsible for things like keeping track of things going on in a game, computer AI, user interactivity, and the like. The video card handles displaying the game and calculations involved there like lighting, shading, special effects, etc.  Some other aspects of gameplay, like realistic physics, are starting to be offloaded from the processor to the video card as well; the technology in modern GPUs lends itself well to those sorts of workloads.

Because of the way those two parts of a computer split up the work of running games, you need to have a good balance between the CPU and GPU to get the most ‘bang for your buck’.  There are some games that are more sensitive to CPU performance, often strategy or simulation games, while others have less going on behind the scenes and more are heavier on graphics and effects – first person shooter games tend to fall into that category, and so rely more heavily on the video card than the processor.

If you are into one specific game or genre to the exclusion of others then it may be worth spending more heavily in one area or another, but in general what you want to do is ensure a balance.  Otherwise, if you go too high on either the CPU or GPU you will find that the other component limits performance, and you don’t get the maximum performance out of your hardware.  A good rule of thumb is to never spend more on the CPU than you do on the video card (at least the way prices have been the last few years). 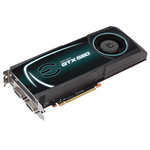 nVidia Surround or AMD Eyefinity modes.  The CPU is not as heavily affected by resolution, though, so don’t worry about needing to scale it up in the same way.

Outside of a few special situations, memory speed is really not an important factor these days.  What does matter is getting enough RAM (random access memory) to ensure that the system doesn’t run out, because when Windows runs low on RAM it starts to use drive space instead.  That is called ‘virtual memory’ or a ‘page file’, and is drastically slower than real memory; it is the reason systems with insufficient amounts of memory get slower and slower as more programs are opened.  For gaming, ending up in a situation like that would destroy smooth frame-rates… or in the worst case, it could lead to games crashing entirely.  Thankfully, though, RAM is pretty cheap these days – so it is easy to get plenty of memory and not have to worry about such problems.

Capacity is also a factor for your drive, where Windows and your games will be loaded.  You want to have plenty of space to install not only games but other programs as well.  However, speed here does matter: the faster your drive, the faster Windows and programs will load.  Level load times in games are also affected, though in-game frame rates usually are not.  Because speed does matter here, I highly recommend getting a solid-state drive if at all possible.  They are far, far faster than traditional hard drives, and unless you are on a strict budget the added performance (both in and out of games) is well worth the price premium.  They are small in capacity, though, so a popular option is to get a mid-sized SSD for your system drive – and then pair it with a larger hard drive for file storage.  That can give you the best of both worlds without breaking the bank. 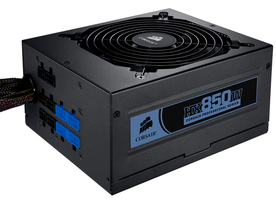 Once you have decided on the choices above, it is important to select an appropriate size power supply.  I am speaking of size in terms of wattage capacity here, but physical size can matter too (more on that shortly).  There are several wattage calculators on the internet to help in choosing the right power supply, and our website also includes an estimator on our configure pages to help you make a good choice.  Here is a basic run-down of what to expect in terms of power draw, though:

Compared to those items, everything else in the system plays only a small factor.  Drives are only about 10W each, fans are usually even less.  Most expansion cards that someone might have in a desktop computer are also pretty low.  As such, I would add up your components using the info above, then add 100W for the rest of the computer hardware, and finally round up to get an estimate for good size power supply.  For example: a system with a higher-end CPU and two higher-end video cards could reach up to 150+50+300+300+100=900W, so round up to 1000W and call it safe.  There is a little more to these calculations in the details, but if you need further help with specing out a Puget System just ask our sales consultants for advice.

Lastly, the case is an important choice for gaming computers – moreso than with other types of computers, because of the added heat that high performance processors and video cards often put off.  You want to ensure that you have good airflow for cooling, which means both intake of fresh air and exhaust of hot air from inside the case.  Some video cards do a good job of exhausting their own heat, but many do not; those cards can end up leading to elevated temperatures on other components if there isn’t good airflow to flush out that extra heat.  Ensuring enough room for physically large parts like video cards, high-capacity power supplies, and large CPU coolers is also important – and that is a balancing game with trying to keep the case from being too large to fit on or under your desk (or wherever your computer resides).  Personal preferences regarding appearance also play a big role here, so make sure you get something that you like the look of too!

There are other choices that go into building a computer, but most everything else is up to your preference.  Do you want Blu-ray or just a normal DVD drive?  Do you want a memory card reader?  What version of Windows (or Linux) do you like to run?  Those are all choices that are up to you, and won’t affect your system’s ability to play games well.