The Deluge Gaming PC is our line of performance-tuned gaming computers, custom designed and hand built to meet the needs of discriminating gamers. Two sizes are available, with a compact option based on Intel's Z390 chipset and Coffee Lake processors - as well as a larger variant using the X299 chipset. The smaller version is specially designed for easy transport to LAN events or conventions, and has a wheeled carrying case option to aide with that usage.

We utilize closed-loop CPU liquid-cooling for both systems, hence the Deluge name, which allows the Intel processors run at maximum speeds. Single and dual video card configurations are supported as well, using NVIDIA GeForce graphics (in SLI, if two cards are selected). Blazing fast solid state drives are available too, along with plenty of memory to keep your games and other applications running smoothly. All of this makes the Deluge a must-have PC for the elite who push their rigs to the very limits of performance.

Compact gaming PC with Intel Core i5 and i7 CPUs and NVIDIA GeForce graphics.

Read this article at https://www.pugetsystems.com/guides/1846

My Journey into Gaming on Linux

This section contains a more in-depth look at gaming PC hardware and specifications, with recommendations that span across a variety of games and genres. The requirements of a specific game supersede the advice presented here, but for those interested in how the different components in a computer impact game performance this information will be very helpful. 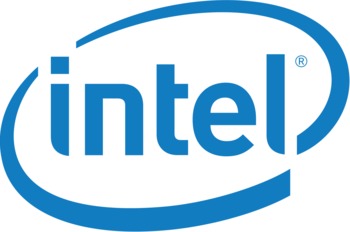 The vast majority of games use four cores or less and many games these days still use just one or two cores. Most games are much more dependent on frequency, or clock speed, since that impacts how many calculations each core can handle per second. Dedicated gaming systems, then, are usually best off with a quad-core CPU at the highest possible clock speed. Intel's Core i5 and i7 processors are ideal in this regard, with a range of models available to fit different budgets.

Running additional software while gaming adds to the workload that the processor has to deal with, so folks who are recording or streaming gameplay with CPU based solutions like Open Broadcaster Software or XSplit may want additional cores to handle those tasks without impacting game performance. The Deluge Pro is equipped with Core i7 processors that have higher core counts, while still maintaining good clock speeds, making them ideal for this sort of usage. 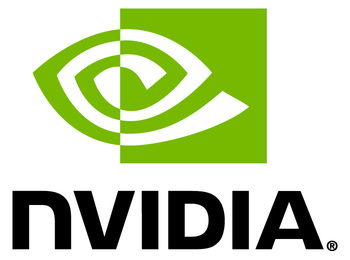 When possible, a single video card is the ideal way to go. This holds true as long as you can get the performance you want with a single card, which is completely viable through at least 4K resolution at 60Hz. By keeping to a single video card you cut down on heat and noise, and you also leave room to add a second video card later on as an upgrade. If you want to have multiple high-res screens running in surround view, or to be future-proofed for even higher resolutions and refresh rates, then dual video cards in SLI is supported on both Deluge systems.

Looking beyond traditional monitors, virtual reality headsets also require very high performance video cards. Such headsets have to render two different frames, one for each eye, and need to do so at high refresh rates in order to feel smooth and avoid causing discomfort for the user. NVIDIA has added special features to the GeForce line, starting with the 1000-series, to help with performance in VR games. Anything from the GTX 970 or 1060 on up will provide a playable experience on first generation headsets. If you want to future-proof your system for higher resolution head-mounted displays, or max-out quality settings, a faster card is even better.

One final note: when selecting a video card, take into account the number and type of outputs it has. For a single monitor this probably won't matter as most cards support all the major video standards: DVI, HDMI, and DisplayPort. However, if you plan to run multiple monitors or a monitor plus VR headset then it is important to make sure that the number of each output from the card lines up with the inputs available on the displays you wish to use. DVI is also on the decline, and VGA is positively ancient now, so if you have an older monitor which requires one of those connections then double-check your video card selection to see if you will need an adapter to go with it.

Memory requirements for games vary dramatically, but most fall in the 2-8GB range. Newer games are starting to push further, though, and many gamers will be running other software in the background too: voice chat clients, recording software, web browsers displaying game guides, etc. Due to this we recommend 16GB for most gaming systems to have plenty of space for applications and a measure of future-proofing. Game developers and content creators may want even more. 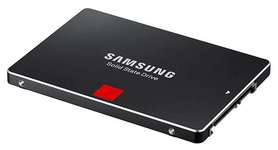 The main question then becomes capacity. As with RAM, different games need wildly different amounts of space to be installed: from less than 1GB to expected sizes of 100GB or more for next-generation games. To avoid running out of space frequently we recommend a minimum capacity of 500GB for the primary drive. Further storage, either for more games or for other types of data, can also be added - either when the system is built or later on. For pure data storage like music or video libraries traditional hard drives are also viable options.

We know that the purchase of a PC can be a large investment! Puget Systems is pleased to offer two options receive the best hardware for your workload with low, predictable, monthly payments:

Hardware and software never stops advancing, and the right PC for your workflow can quickly change over time. That's why Puget Systems has partnered with LiftForward to redefine ownership with business leasing, providing a 24-month subscription option. It's an easy way to get the best hardware today, while allowing you to upgrade to a new PC every two years! When your subscription is finished, your hardware is returned and is repurposed to start a new life in schools, developing countries, and communities in need. You then can repeat the process with brand new hardware, so you are always up to date.

Puget Systems has also partnered with Affirm to provide consumer financing, allowing you to make your purchase via easy monthly payments over 24 months. Enrolling is quick and easy. Enter a few pieces of information for a real-time decision. Checking your eligibility won't affect your credit score. Affirm has no hidden fees. You know up front exactly what you'll owe, with no hidden costs and no surprises.