Minecraft Has Taken Over My Home

On the drive from the kid’s school to our home, we pass through a field of black lava formations on the outskirts of Santa Clara, UT. My daughter asked asked why the lava was black, and before I could say anything my son said, “The lava turns into obsidian when it comes in contact with water.”


Where did he learn that? Minecraft. If you were to evesdrop on a conversation at our home, you'd find that most of them are laced with references to Minecraft.


I first heard about Minecraft from customers when I worked in sales at Puget Systems in 2011. I assumed it was a casual game similar in approachability and complexity to Farmville. But customers continued to talk about Minecraft, and how they would use Twitch to livestream their games. I figured maybe there’s more to it than I had initially thought.

Within a few months my son was introduced to Minecraft, and this seemingly simple game of blocks and Creepers would take over our home. Many people have described Minecraft as a game of online digital Legos, and while that’s accurate in terms of how the game looks, it doesn’t begin to capture why so many children (and adults) have made it one of the most unlikely gaming hits of all-time, selling tens of millions of copies. 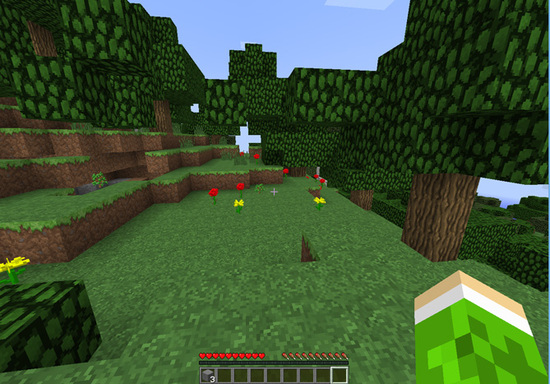 This isn’t going to be a review of Minecraft. That’s primarily because I’m no expert, and Minecraft isn’t really a game where a review can do it justice. But I do want to comment on why I feel it has garnered such a massive following.

The goal is Minecraft is to stay alive. This may sound simple, but it’s not, because the creators made a brilliant move by not providing a single instruction or in-game tutorial on how to do that. It’s just you and and a world of blocks that represent grass, trees, dirt, and water. Most of the best elements are found underground in caves inhabited by all sorts of creatures waiting to shoot arrows at you or blow themselves up near you.

Figuring out how to stay alive that first night is one of the most intense gaming experiences I’ve had. The world of full of spiders and skeletons and creepers just waiting to take you down. I spent my first night running away from them while waiting for the sun to appear. It's like an episode of Naked and Afraid minus the companion.

Once I learned how to collect enough wood to create a crude structure to keep from being killed, I spent my time mining for objects such as coal, cobblestone and the elusive blue diamond. The player can then use these items to craft other items such as swords and armor. Again, the game doesn’t provide recipes for any of this, and a lot of the fun is discovering which elements to combine to create more useful items. For example, eating raw meat from a chicken gives you some life (represented by hearts), but cooking it first provides a lot more. But in order to do that, I had to figure out how to create a furnace.

Minecraft is not a linear game. There are no traditional quests to complete or required bosses to fight. There's an ending to the game (Defeating the Ender Dragon), but you're not required to fight it in order to progress. And when you die, you lose everything you’ve been wearing and carrying. The game gives you five minutes to return to the scene of the crime where you can then retrieve your items. But that's not always easy, especially if you're deep in a cave. The game demands that you respect the single life it provides you. 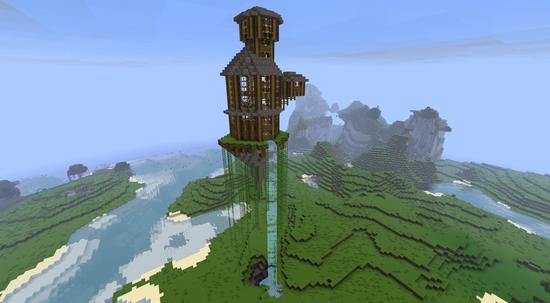 While I spend most of my time running away from spiders and creeper while munching on health-giving Apples, my kids have built thriving towns, where friends meet and play mini-games. The ability for kids to create games within a game is fascinating to watch, and unlike anything I’ve seen before. The developers effectively created a sandbox and said, “Create whatever you want.”

Like most parents, I try to keep an eye on how much time the kids spend playing games. Minecraft is one of the few game we can all play together, so I’m a bit more lenient when they ask to play. I recently wondered why my son, who is in first grade, knew what numbers were divisible by 64, until I noticed him stacking sticks and cobblestone, all in sets of 64.

So, at least for the time being, Minecraft has taken over my home. I felt compelled to play so I could join in on the dinner conversation. And while it doesn’t approach my favorite PC game of all-time (Half-Life 2) its blockish appearance belies a fairly complex game.

Note: While Minecraft is available on a number of consoles, I've been playing survival mode the PC version.