AMD has launched a new top-end CPU in its Threadripper product line, equipped with a whopping 64 cores. We are putting this new 3990X chip to the test in one of the applications where its high core count should shine: CPU based rendering with V-Ray. Keep reading to find out how it stacks up to the other Threadripper models as well as Intel and AMD's various other desktop processors. 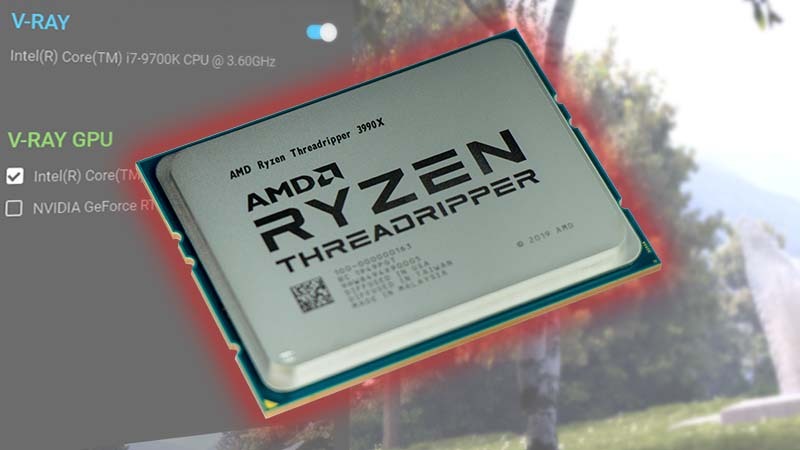 For this article, we are focusing on just how this new AMD Threadripper 3990X compares to other current-generation processors. We want to measure CPU-based rendering performance in V-Ray, so we are using both Chaos Group's V-Ray Benchmark as well the newer V-Ray Next Benchmark. More info about these tools and how we use them are available in the Benchmark Details.

Additionally, it is worth pointing out that the CPU cooler we used for testing the new TR 3990X is somewhat borderline for how much heat this processor can potentially put out. In the systems we build with this chip going forward, we will be utilizing a larger heatsink and fan to ensure maximum performance even under extended loads – but in the open-air testbeds we use here in our lab, we found that the cooler we used did not lead to throttling.

As previously mentioned, we used two versions of Chaos Group's V-Ray Benchmark for this comparison:

With the information we have gathered, then, we have put together three charts. The first is the CPU's native performance when V-Ray Next is running in CPU mode, while the second is CPU performance when running in V-Ray Next GPU mode. The GeForce RTX 2080 Ti card in the test systems has been excluded from that result, so you can see just the contribution that the processors provide in this mode. And finally, the third chart shows CPU render time, in seconds, from the older V-Ray Benchmark 1.0.8. 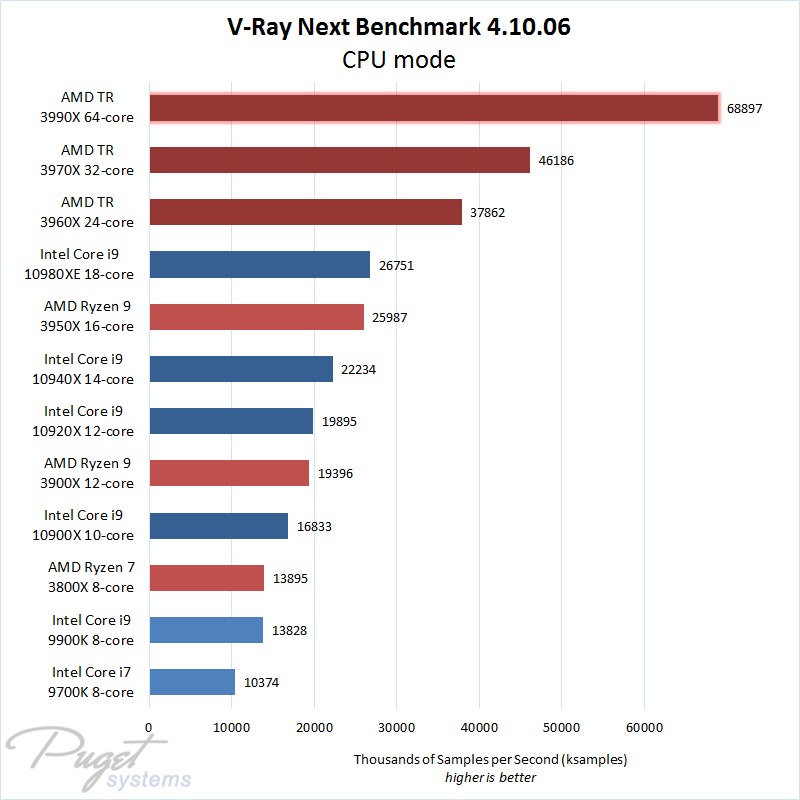 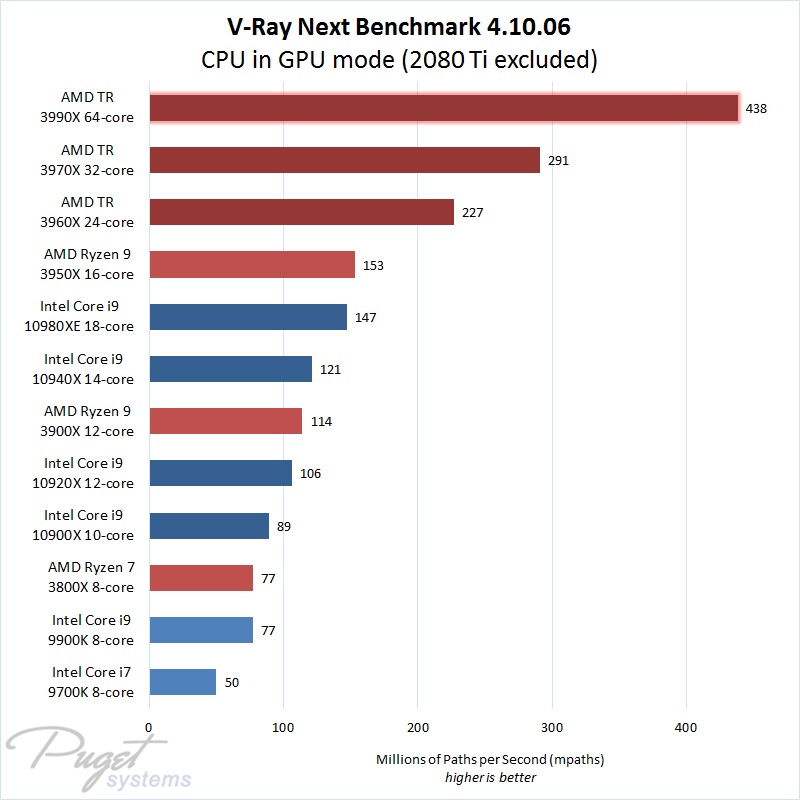 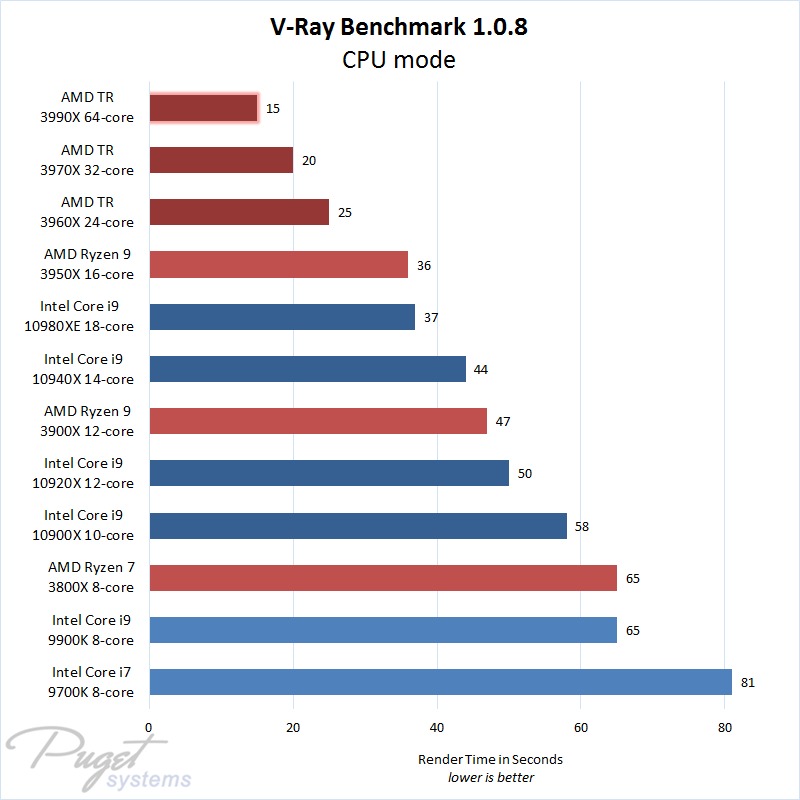 Unsurprisingly, AMD's new Threadripper 3990X took the top performance spot across the board in V-Ray. CPU rendering scales very well with lots of CPU cores, as long as clock speed doesn't suffer too much, and AMD has done a fantastic job of combining those two aspects of performance in their 3rd generation of Threadripper processors. The only alternatives that can provide anything close to the same performance are multi-socket systems with AMD Epyc or Intel Xeon CPUs, but those would cost far more to get similar results.

Moreover, the 3990X is the first processor we've tested that can exceed the performance of a high-end video card when used in V-Ray Next's GPU mode. For reference, a GeForce RTX 2080 Ti scores around 330-340 mpaths in that benchmark, while the 3990X pulled off 438! Of course, the 2080 Ti costs far less money as well – so real video cards still offer the best value for increasing performance in V-Ray Next GPU. If you want to max out your render speed, though, pairing multiple GPUs with a high-end CPU like the 3990X is great!