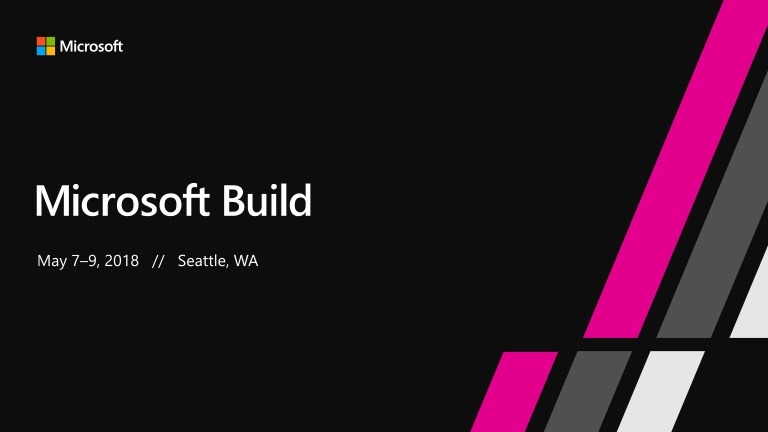 The Microsoft Build conference was this week. I was able to attend and enjoyed it very much. Those of you who know me may be surprised that I went to this developer conference since I'm mostly a "Linux guy". Honestly I probably wouldn't have gone if it wasn't for Microsoft kindly sending me an invitation and free pass. How could I turn down a $2500 pass to what turned out to be a great 3 day event! Thank you Microsoft!

I'm not going to give you a "reporters" view or repeat press-release items. This is just my personal impression of the conference. I encourage you to check out the recorded sessions on Microsoft Build Live.

I likely got the invitation because I have been in the "Insider Program" since it first launched and I also have an Azure account. I try out the Windows 10 Insider builds and give them feedback. I do like Windows 10 and it keeps getting better and better but I spend at least 90% of my time on Linux systems. However, I don't think that would bother Microsoft. They have become very cosmopolitan in regards to OS, devices and environments. It's a different computing world than it was a few years ago and Microsoft has changed with the times.

I did "drink the Kool-Aid" at the meeting but it was more like fruit-punch or Sangria. It was a strange and surprisingly pleasant blend.

Another integration focus was around sanity, privacy, dignity, and compassion. This is a kinder-gentler Microsoft that seems to genuinely care about human rights and "doing the right thing". Oh, they want your data alright, but, I got the feeling that they understood the responsibility that goes along with that.

There was not as much focus on Windows 10 as you might expect. At one point I was in the exhibition hall talking with a veteran of many past conferences and I mentioned that I didn't see booth banners with Windows 10 on it. He remarked that you used to see it everywhere! We were hard-pressed to spot the kiosk enclave that was dedicated to it ... I never made it across to there from all the distraction related to Azure and Machine Learning/AI in-between. [ I did miss the keynote "Microsoft 365" which had more to do with Windows 10 stuff ...]

Microsoft seems to have become more operating system agnostic. I saw MacBooks on stage for presentations and even a laptop running Ubuntu Linux. Linux was used in some places by preference, not by requirement or as a "me-too" demonstration. Linux was interwoven through the talks and exhibition booths. I talked with employees that used Linux for their day-to-day work, same for MacOS (MacBooks). There was significant work being presented that focused on OS independence. Windows, Linux, MacOS, iOS, Android ... All were targets and sources. This is largely because of the Azure cloud and the focus on services and API's which remove a lot of OS and device dependence, and that actually requires inclusiveness for success.

There was very little "cheer-leading" and when it occurred it was not well received or just simply ignored. There seemed to be a realization more along the lines of "we're-all-in-this-together" rather than "us-vs-them".

Windows Subsystem for Linux The best talk I went to was, "Set Up a Windows Dev Environment that Feels like $HOME". It was given by Sarah Cooley a program manager for Hyper-V and Tara Raj a program manager for the "Windows Subsystem for Linux (WSL)". They gave a great presentation with nice demos. They got applause and questions during the talk, nice! WSL now runs on Windows 10, Server, and Windows ARM. It's becoming quite capable. I learned a lot from their talk and will spend some time experimenting with it again. I had tried it when it was first released on the insider builds. It has come a long way. I now know how the Linux builds are constructed for use with WSL. They didn't explicitly say how the Linux images were constructed but it became obvious to me during their talk. They are tar files of container images. I talked with them about that a little after the session. Since I know about containerization, I think I will try to do my own custom Linux image for WSL, fun! WSL is not perfect, but, it is very useful and being developed by a talented and enthusiastic team. It has certainly replaced the need for something like Cygwin on a Windows dev machine.

Visual Studio Live Share -- this allows collaborative code sharing and debugging with Visual Studio and/or VS-code across Windows, Mac and Linux (VS-code). It was really impressive. There was a nice demo early in the Technical Keynote.

Azure and container services -- I don't have anything in particular that stood out to me, but, that is not necessarily a bad thing. Everything you would expect from a first-class cloud provider was there! I had wonderful talks with the container/docker/kubernetes folks. Their service coverage is expanding and includes some interesting ML services. You can do Dev-Ops, container management and robust server-less applications on Azure. This was a big focus of the conference.

Machine Learning AI -- Like with everyone else in computing, Machine Learning/AI is a big focus for Microsoft. There were several talks and workshops on ML/AI. It was the largest focus of the meeting along with Azure. They showed off the Intel FGPA behind what they are calling "project BrainWave". This is working as an "inference engine". They showed a demo from a Python Jupyter notebook where a trained model was deployed to an FPGA with one line of code. This is a big deal. FPGA's are "reconfigurable hardware" and they are notoriously difficult to work with. Hiding that difficulty behind a single line of code is significant. FPGA's can be very power-usage and cost efficient compute devices. 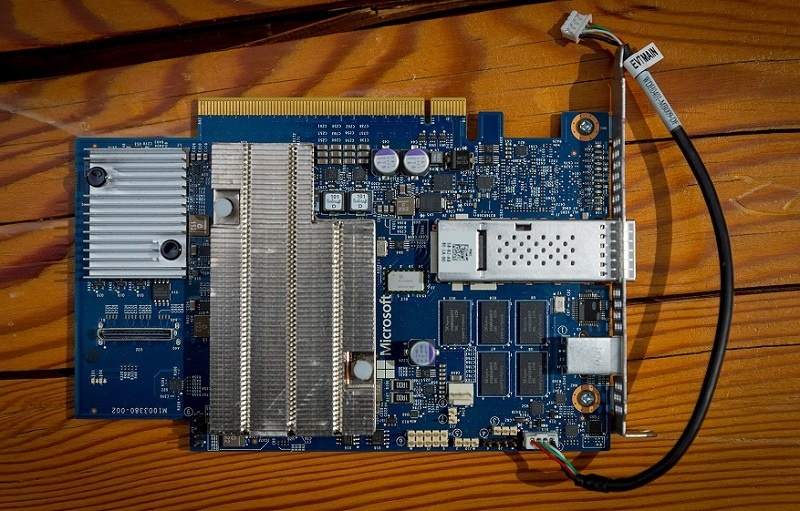 Microsoft is doing great research but it was interesting to me that what "I" saw presented was at a very simplified level. I was at one talk that was being well presented but was just too elementary for me. I walked out. The thing is, it was a big hall and was packed, with most people very attentive. In general I had the feeling that the Microsoft developer community is 1-2 years behind with ML/AI. This is in stark contrast to NVIDIA GTC which I attended in March. In fairness they were very different conferences and audiences but it was noticeable. It would have been nice to have seen at least one high level talk on state of the art from Microsoft research. Maybe there was son talks! I only had a chance to attend a small fraction of all the talks presented. Thankfully the sessions are recorded. I have a long list that I plan to watch.

IoT and the Edge -- This was another hot topic. It was hot mostly because of the potential of billions of connected IoT devices popping up like mushrooms over the next few years. There were only a few talks on IoT but there was some interesting hardware presented. There was the collaboration with the drone maker DJI on the ML SDK for their devices. My favorite devise was the Qualcomm "Vision AI developer kit". The device was attractive and solid. It caught my eye as I walked by because they had a "YOLO" object detection code running on it in real-time. I was going to comment that their demo was a little "laggy" but then I saw what it was running on. It was actually impressive performance for a small ARM device! It's designed to run trained ML models at the "edge" along with a secure connection back to Azure. I liked that there was a red glow in the camera lens that reminded me of HAL from the movie 2001! 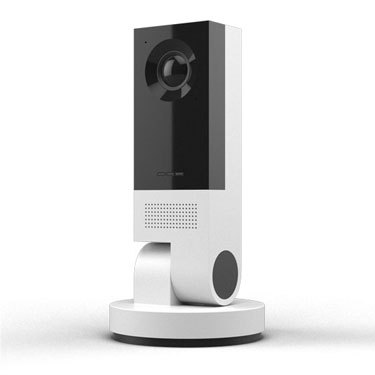 I had a nice conversations with a couple of attendees from a large non-US aviation company who were checking out the IoT stack. It was interesting hearing about what they were looking for and and why. It's a huge investment in modernizing infrastructure. Sensors, monitors, process control systems, ... lots and lots of them! Real-time machine intelligence at the "edge", data collection, robotics... IoT may be about ready to bloom.

Again, I encourage you to check out the recorded sessions on Microsoft Build Live.

It was a very enjoyable meeting and I had wonderful interactions with many Microsoft employees. They were eager for feedback and "outside" opinion. I would go again.