If you enjoy good coffee and are traveling through the southwesternmost corner of Utah, you'll have to stop at Jazzy's. You'll find they make a great cup of coffee, but you won't find their website. They don't have one. No drive-thru either.

Jazzy's also doesn't have an iOS or Android app. They sell coffee and sandwiches, but no merchandise. They have loyal customers but no loyalty program. And if you visit on a Friday evening, you might find yourself in the middle of a poetry slam or grooving to the tunes of a local Rastafari Reggae band.

There's no shame in admitting I'm probably just outside the target demographic for Jazzy's. I go for the coffee and casually check out the list of upcoming music and comedy acts. I've yet to recognize a single act. Inside the doors you'll find a pool table and a roasting machine located right next to each other. A sign on the pool table states this game isn't for beginners, and a caution sign on the roaster warns of electrocution if touched. Now that I think about it, it's probably not a great place for kids. 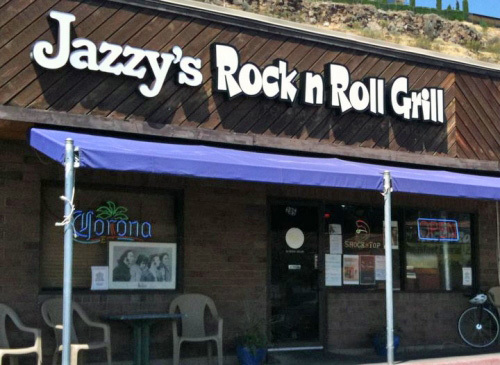 Jazzy's has a strong culture and personality, and that's reflected in the people they hire. I don't want to make too many assumptions here, but I'll bet there's not  much crossover between the customers who prefer Starbucks and those who prefer Jazzy's. And that's what I admire most about Jazzy's. They embrace who they are and accept that means not everyone will enjoy their edgy take on coffee and poetry. They understand that they will never out-starbucks Starbucks. So they take a different approach that will appeal to some people, but not everyone.

Puget System's approach to PCs reminds me of Jazzy's approach to coffee in that we focus on a few things we do really well. And we're a little strange. Not creepy strange, but strange enough that we don't love how computers and technology are often marketed and sold. We'll never offer as many products as the larger companies. We didn't ride the tablet or all-in-one wave like some of our competitors did. We even did something some considered foolish at the time, and yanked our line of laptops at their sales peak.

Some might say it's a little strange for a custom computer builder to host a Twitch channel where a guy with the nickname, Beardasaurus, shows anyone how to build a custom computer. We do things a little differently, and we understand that our approach to building computers won't appeal to everyone. And that's just fine with us. Because enough people appreciate the polar opposite of a big box store experience. They don't mind waiting about a week to get a computer that's been customized for them. They understand how the cost of a new computer is more than what you paid on day one.

Like Jazzy's, I hope Puget Systems will continue to beat to their own drum.

Zig when others zag.