The Storm That Is Fortnite

It's been a few years since a game caught the interest of my family.

I worked in sales at Puget Systems when I began hearing customers mention a game called Minecraft. The simple, blocky nature of the game carried over to the hardware requirements. Minecraft didn't require a high-end gaming rig. My three oldest couldn't get enough of building homes, trying to stay alive and setting anything they could find on fire with lava.

Over the past couple of months, I began hearing about a game called Fortnite. The goal of Fortnite is simple: Stay alive longer than 99 other players. A battle royale, if you will. I quickly found myself on the couch with my kids watching the best players battle it out on Twitch. Had I lost my mind? 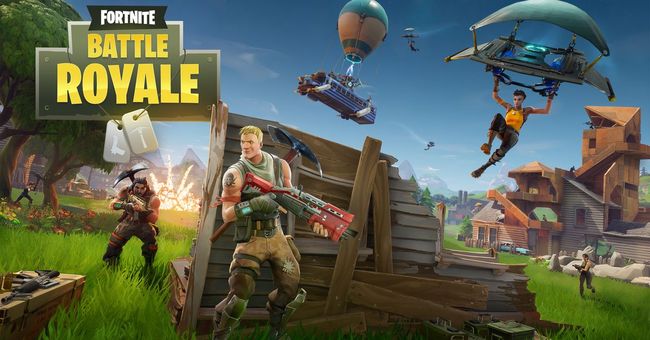 Fortnite is one of those games like Minecraft or The Sims that even non-gamers recognize. My Instagram feed is full of famous actors, musicians, and athletes making reference to the game through the gestures and dances found in the game.

Fortnite finally spilled over into the major media outlets this week when Drake teamed up with one of the top Fortnite players, Ninja, and broke the Twitch record for the most viewed stream of all-time. At its peak, over 628,000 fans tuned in to watch.

To put that number in perspective, that's nearly 7 Rose Bowl Stadiums worth of fans, watching a couple of guys play a game. My kids went absolutely bonkers. Their friends were texting, and Facetiming and Discording them into the wee hours of the morning.

It's difficult to find a similar reference point to my own youth. Maybe when the Rubik's Cube hit my Junior High. Or when Michael Jackson released "Thriller" a few years later. Back then we didn't have phones or other tools to spread our excitement like kids do today.

You might wonder why I care about a game like Fortnite. I've spent a lot of time watching others, including my kids, play the game. I know the map well enough to avoid Tilted Towers and camp with enough materials and ammo to (usually) finish in the top 25. But I'm not a very good player. I approach Fortnite like I do tennis: conservatively, while hoping the other players make a mistake before I do.

What interests me about the game is how my kids and most of their friends play it on a PC. It runs on the Mac, Xbox One, and PlayStation 4, but the best players are on the PC. An important facet of Fortnite is the ability to build structures to protect you and give you a height advantage during battles. Having a mouse and keyboard makes building much easier compared to a controller used on the consoles.

Minecraft was similar in that one could play it across many platforms. But my kids defaulted to playing it on the PC. Also, many of the editing and streaming tools run best on the PC for those who want to create and share their games. As a father who grew up on PC games, I'm thrilled anytime my kids discover the same magic and excitement I did as a teen.