Skip to content
Always look at the date when you read an article. Some of the content in this article is most likely out of date, as it was written on August 15, 2012. For newer information, see our more recent articles. 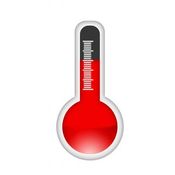 Being a custom PC builder, we at Puget Systems often have to take into consideration the environment that a computer is going to be in when configuring a system. While this can include things such as if the customer is near the ocean (salt in the air can quickly corrode and rust metal), the most common consideration is the customer's ambient temperature. Not everyone in hot areas has air conditioning, so we need to make sure that there is enough thermal headroom in the computer's cooling so that the system does not overheat when the customer uses it under heavy loads.

When a customer tells us that their house is usually 100° F (37.8° C) in the summer, we know that we need to make sure there is enough cooling headroom in their system so that the customer will not experience any thermal issues even at the hottest times of the year. Puget Systems also prides itself on building quiet computers, so while system temperatures are a major concern, we also have to consider the effect of ambient temperature on system noise. With the dynamic fan controllers found on most motherboard, Fan RPMs increase as the components they are cooling get hotter. While it is difficult to directly translate RPMs into decibels, we have found that an increase in fan speed by about 200 RPM is also a perceptible increase in noise.

Another reason we wanted to perform this testing is that many hardware reviewers report the results of their thermal testing as "degrees above ambient", or how hot the component is relative to the ambient air temperature. Reviews usually have many comparison readings from similar components to help give perspective, but those readings are usually taken weeks or months in the past. By reporting their results as "degrees above ambient", the reviewer does not have to worry about the variations in air temperature between different days having an effect on their testing.

Ultimately, our reason for testing the effect of ambient temperature on a computer's thermal performance is two-fold: to ensure that our customers are getting the best cooling and noise levels possible, and to see how accurate reviews are that use "degrees above ambient" as their primary method of reporting thermal performance.

For our testing, we used the following hardware:


The test system was placed in a closed room with the ventilation system blocked so that our central heating and air conditioning would not affect our results. A pair of 1500W space heaters were used to slowly raise the ambient temperature from the starting point of 23° C (73.4 ° F) all the way up to 45° C (113° F).

The ambient temperature was recorded using a USB Temperature @lert sensor while CPU/GPU temperature and fan speeds were recorded with a combination of CoreTemp, GPU-Z and SpeedFan. For our load testing, we ran both Prime95 and Furmark to put the system under 100% load. 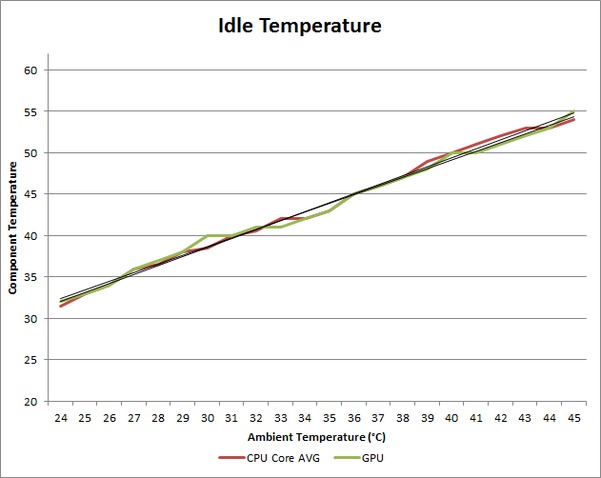 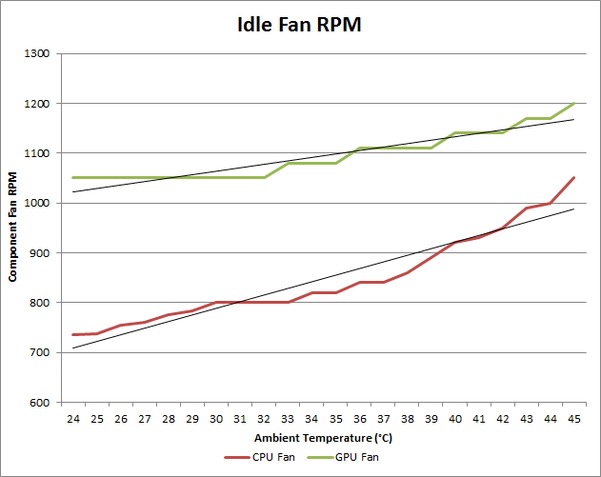 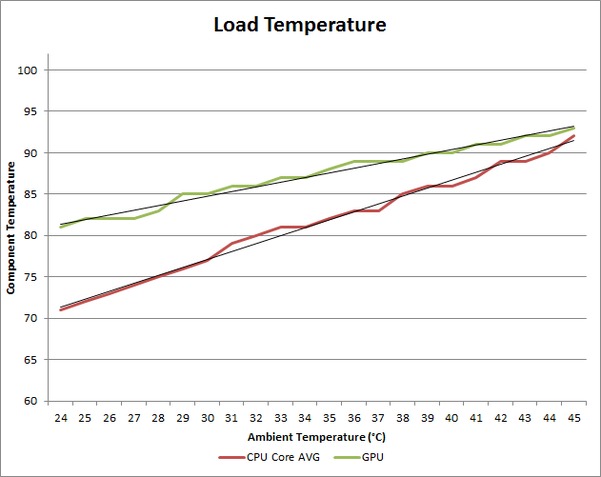 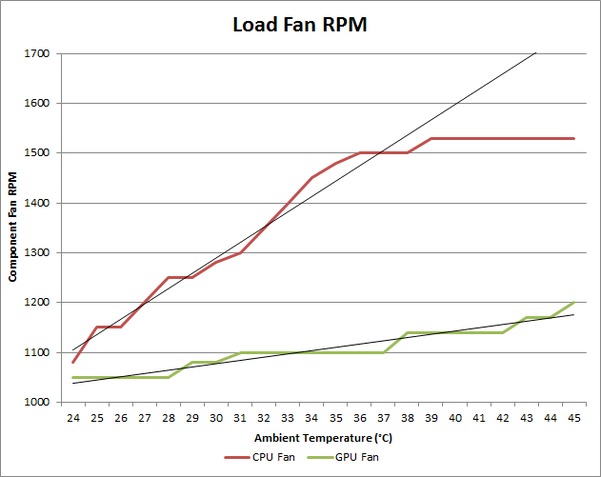 This time, our fan readings are actually fairly linear. The CPU fan hits it's top speed of just over 1500RPM when the ambient temperature gets to 39° C, but other than that the results are very straight-forward.

With a linear trendline applied in Excel, we find that the average slope for the CPU fan is 30.691x (ignoring the points after 39° C) while the GPU fan slope is 6.4766x. So for every 1° C increase in ambient temperature, the CPU fan runs roughly 31 RPM faster, while the GPU fan runs roughly 6.5 RPM faster. Compared to idle, the GPU fan increase for 1° C increase in ambient temperature is roughly the same. The CPU fan speed, on the other hand, increases much more rapidly than it did at idle.

What does this mean? A lot of this is common sense: as the ambient temperature increases, a computer will run hotter and the fans will ramp up to try to keep the components running cool. What this data specifically tells us is that the ratio between the rise in ambient temperature and the rise in component temperature is very close to a 1:1 ratio when it comes to CPUs. For video cards, the ratio is a bit less than 1:1, so the ambient temperature does not affect GPUs as much as CPUs. This is great information, as we know exactly how much additional thermal headroom we need to provide our customers who are in less than ideal environments. This also validates reviewers that use "degrees above ambient" to report their thermal results. It may not be exactly a 1:1 ration, but for most cases the variations will not be large enough to have a significant impact on their results.

Of course, every CPU, CPU cooler, GPU, chassis and fan configuration is different, so our results may not be exactly correct for every computer system. They should, however, be very close for the majority of computers currently on the market.