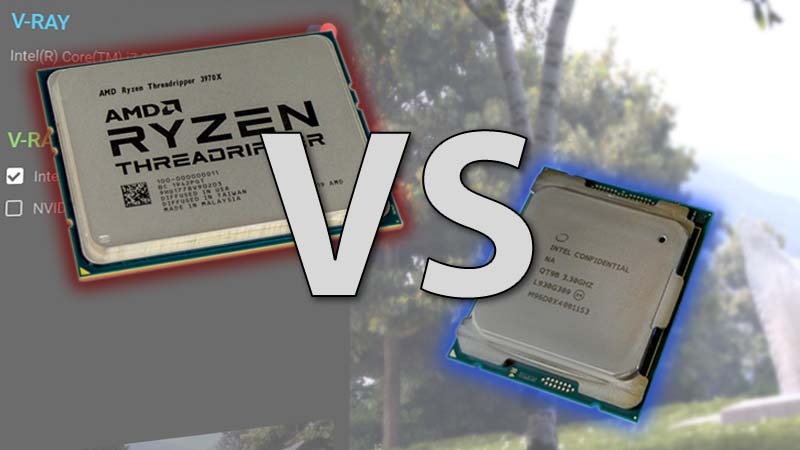 For this article we are taking a look at how these new processors compare against each other, the previous generation they are replacing, and their mainstream desktop counterparts. The focus is on CPU-based rendering performance in V-Ray Next, so we are using Chaos Group's free V-Ray Next Benchmark. More info about this tool and how we used it are available in the Benchmark Details.

As previously mentioned, we used Chaos Group's V-Ray Next Benchmark for this comparison. It includes tests for both CPU-only and GPU+CPU rendering. This is somewhat novel, as most GPU rendering engines do not use the CPU at all, but in V-Ray Next they have implemented CUDA emulation on the CPU to improve performance a bit. Even the fastest CPU doesn't add as much performance in this mode as a single high-end video card, but who would turn down additional performance during renders for no added cost?

With the information we have gathered, then, we put together two charts. The first is the CPU's native performance when V-Ray Next is running in CPU mode, while the second is CPU performance when running in V-Ray Next GPU mode. The GeForce RTX 2080 Ti card in the test systems has been excluded from these results, so you can see just the contribution that the processors provide in this mode. 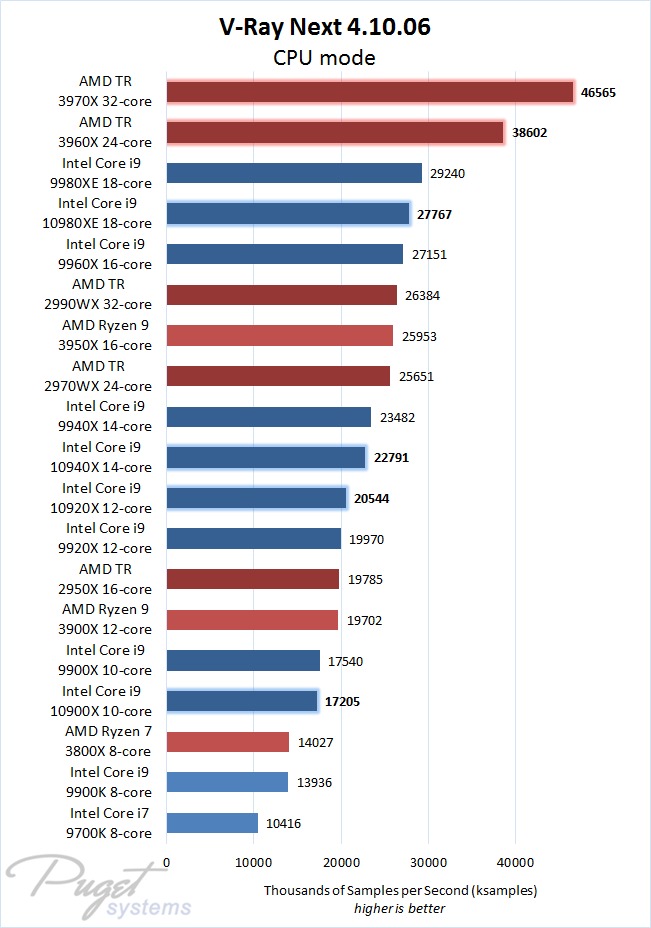 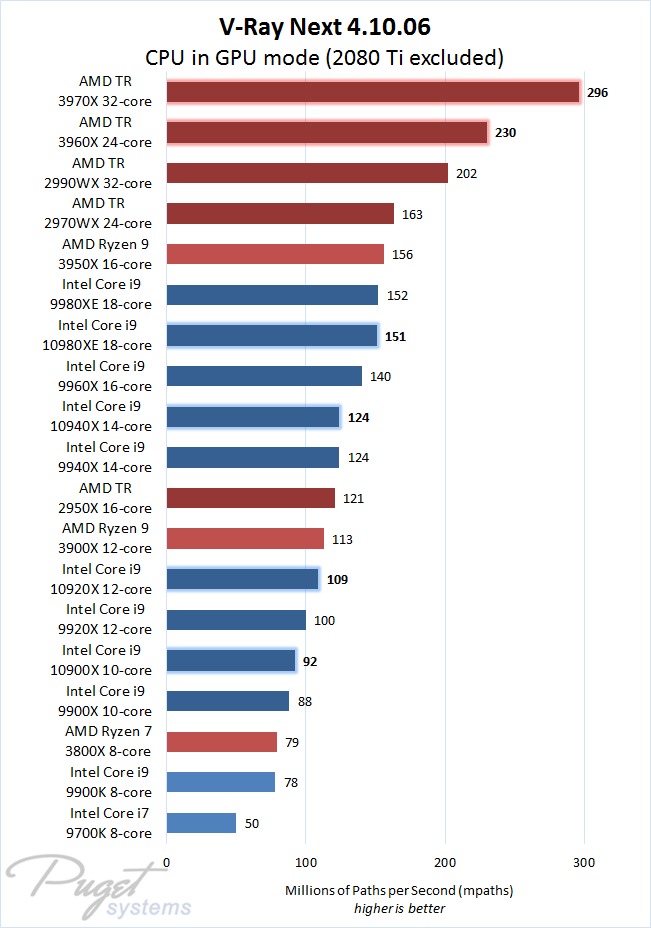 Comparing the new processors to the old, Intel's Core X are pretty much on par with their predecessors. If they were the same price I'd be wondering why they bothered making them, but given that they are charging half as much for similar performance this seems fine.

AMD's 3rd generation Threadripper processors are the clear choice between these two lines for rendering in V-Ray, whether in CPU mode or to increase performance a bit when running primarily on GPUs (video cards). Intel's new Core X chips aren't bad, thanks to their new, lower prices – but remember to take the whole cost of a system into account when making decisions and not just the CPU alone.