Skip to content
Always look at the date when you read an article. Some of the content in this article is most likely out of date, as it was written on December 9, 2020. For newer information, see our more recent articles.

Here at Puget Systems, specifically in the Labs department, most of the content that we write falls into one of two categories: either long, fairly in-depth articles looking at the performance of various PC components in a given application or recommended system pages, with multiple configuration options aimed at different budgets and lots of supporting data drawn from the aforementioned articles. For some readers all of that is information overload, though, and they just want a quick question answered: what is the best computer for my needs? We’re going to try answering that question more directly in a recurring series of "Best Workstation PC For…" articles, like this one.

Today we are looking at OctaneRender, a GPU-based ray tracing engine from OTOY. It is fairly straightforward in what it wants from a computer: NVIDIA graphics cards, and lots of them. The more cards you can pack into a system, and the more powerful each individual card is, the faster your rendering will be! 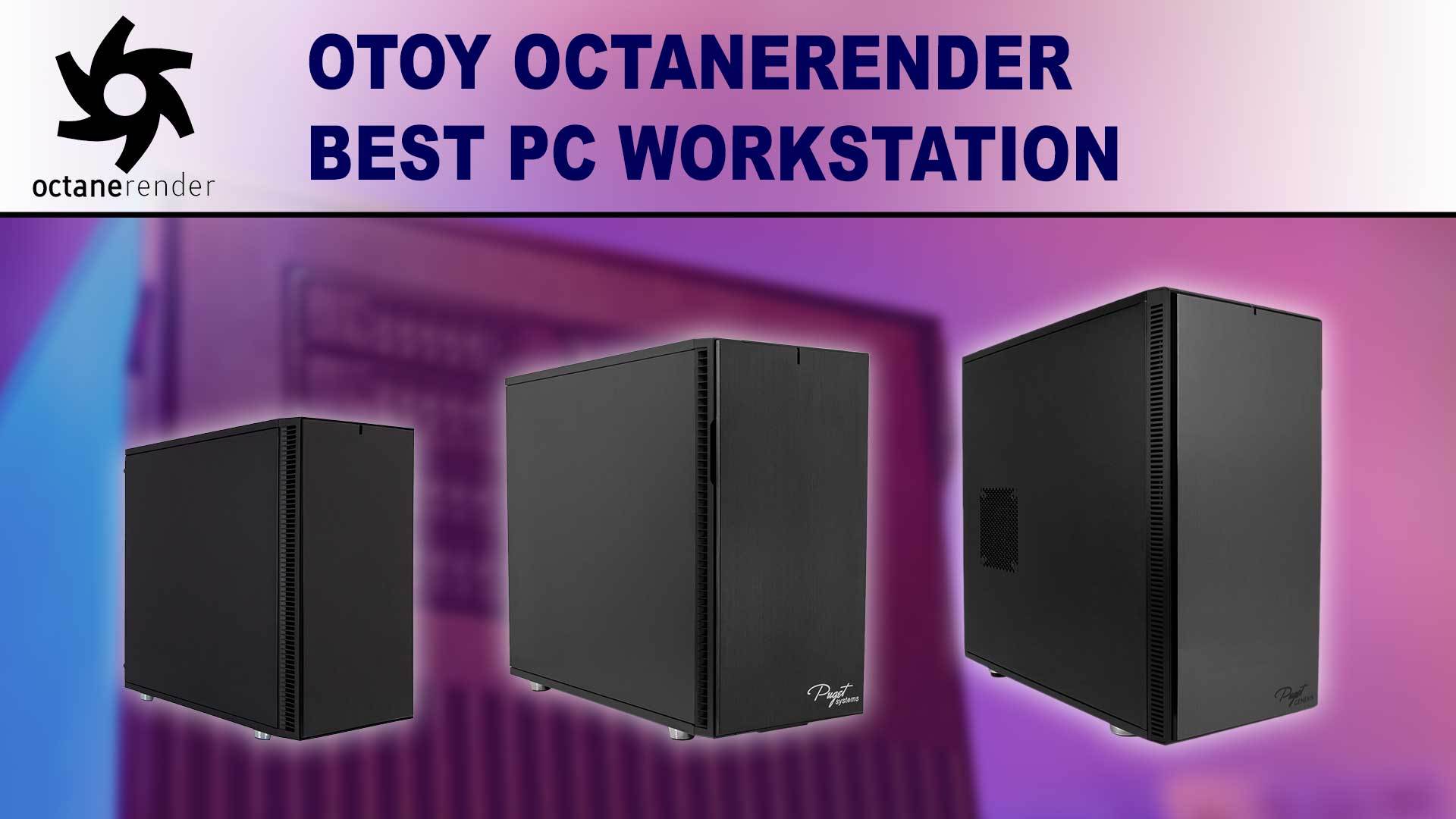 We'll start off with a good, solid workstation design for OctaneRender – hopefully without breaking the bank. This rendering engine scales very well across multiple GPUs, meaning that you can often get better performance for the price with two cards than you can with a single, faster card. As such, we recommend starting with a pair of NVIDIA's new GeForce RTX 3080 10GB cards. They are both faster and less expensive than the older RTX 2080 Ti, with a similar amount of onboard memory, and two of them together will also outperform the more expensive RTX 3090 for roughly the same price (though with less onboard VRAM). The CPU to accompany them just needs to be fast – with the number of cores not being a big factor for GPU rendering. Since AMD's Ryzen 5000 Series chips are in extreme shortage following their launch, we're recommending to stick with a widely-available Intel Core i7 in here – but if you do a lot of CPU intensive work in other applications then you might consider waiting for an AMD Ryzen processor instead (or perhaps a Threadripper).

Our most popular workstations for OctaneRender in the past bumped the number of video cards up from two to four. However, the latest generation of NVIDIA GeForce cards are too power hungry to run four cards in a single system – unless you tinker with the power limits on the cards or have an extraordinarily high wattage power supply and dedicated high-amp circuit to plug into. Because of that limitation, our next recommendation is a triple video card system; an upgrade from the previous configuration both in terms of the number and model of GPUs that are included. Three GeForce RTX 3090 cards will more than double the amount of VRAM available for scene data while also increasing render speeds by ~80% compared to two RTX 3080s. That is the most rendering performance we can cram into a single tower workstation right now. It is also the most graphics memory (24GB per card) we can provide without switching over to NVIDIA's more expensive Quadro line, which cost several times more per card. Still, having so much hardware packed into a system will require a larger chassis, motherboard, and power supply – and will generate a lot more noise, especially under full load. With so many expensive components in the system, bumping the hardware warranty up to three years will better protect your investment as well.

Before this article was written, NVIDIA announced a new top-end professional graphics card: the A6000. Unfortunately it has not been released for sale to the public yet, though, and since every other GPU launch this year has suffered from major shortages it may be quite a while before the A6000 is really a viable option. In the interim, one of the few ways to get 48GB of memory on a video card for working with truly massive scenes and the most complex geometry is the older Quadro RTX 8000. On its own, this card is not as fast as the GeForce RTX 3090 we included in the "Better" design above, and it is far more expensive, but if you need the extra VRAM then it is the best option at the moment. We can, at least, still utilize four of these in a single workstation – so overall performance is close to three 3090s, but with twice as much onboard memory per card. If you are working with such enormous projects that these video cards are worthwhile, though, we should probably add in more system memory to be safe – but the CPU doesn't need to change. To accomodate the bigger scenes and added data that would require this kind of hardware there ought to be increased storage within the system too.

Before opting for a system like that, though, please remember that the performance will not be better than the version with triple RTX 3090s unless you need truly the additional VRAM. And if you are not in a rush, waiting for the NVIDIA A6000 to be available in the coming months should provide a big performance boost with the same amount of memory and at a similar price.

Additionally, while these are the fastest traditional tower workstation that can be built for OctaneRender right now, there are other ways to move beyond even the immense rendering power of these PCs. For example, if this were going to be a server-style system that was accessed remotely, you could go with a rackmount chassis that would offer more PCI-Express slots for video cards; we have options along those lines with support for up to eight GPUs. Or you could use PCI-Express expander cards and external enclosures in order to connect more video cards into the computer, though doing so reduces the bandwidth to each card (which can impact performance when moving data around). Octane even supports network rendering, so you could split out processing across several systems in an office.

If you want to know more about OctaneRender performance, we have published several articles over the years looking at how individual CPUs compare as well as how well this software scales across multiple cards. Or if you want to configure a computer more tailored to your specific needs, including the option of a rackmount-style server mentioned above, we have a few recommended systems tailored to running OctaneRender that might interest you. And if you aren’t sure what you need, or if your workflow includes multiple applications, please feel free to call or email our consultants to get a more personalized configuration.

Looking for an OctaneRender Workstation?