We're in a Post-PC Era, and Everything is Fine

I had the opportunity to take a day with Brett Nordquist yesterday, and attend the Geekwire Summit in downtown Seattle. The sessions ended up repeatedly circling back to the overwhelming proliferation of mobile devices. Todd Bishop said something I entirely agree with. "Of course we're in a post-PC era! Why are we arguing about it?" he said. "But that doesn't mean the PC is dead." Exactly! Clearly the technology world is changing. But what does that mean for PCs?

Ever since Wilbur and Orville Wright made their famous first flight in 1903, people have been saying "Just you wait! Soon enough everyone will have personal flying cars!" The post-car era had begun, but car usage has been virtually unaffected. I think we're looking at the same thing here. I own a smart phone, and I own a tablet. These devices are great, and they absolutely do reduce the amount of time I have to spend at my desk to get things done. But I still spend at least 30 hours a week at my desk at home, and it feels silly to even think about trying to drop my work PC. As much as I feel I have fully adopted mobile device usage, it has not reduced my demand for traditional PCs at all. How about you? 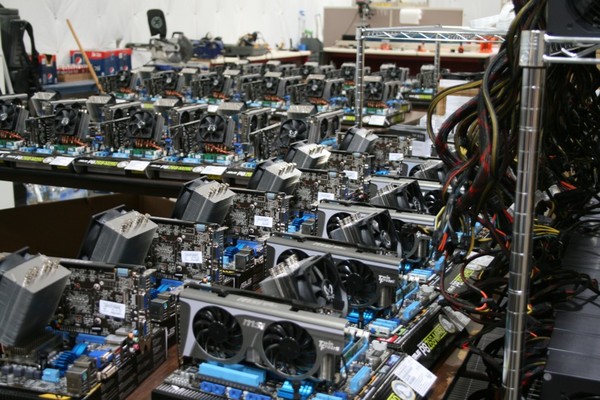 At Puget Systems, what we are seeing backs this up. We are more busy than we ever have been. We're working overtime and weekends, and my upcoming schedule is filled with interviews lined up for new hires. Small and medium business sales are especially strong -- PCs that are being used for productivity. If we focused on selling entry level sub-$1000 PCs to home users, I'm sure we'd have a different tune, but that's not what we sell. We sell high performance, high quality PCs for enthusiasts, professionals, and technophiles. If mobile devices are cutting into the PC market, we sure aren't seeing it.

What do you think? Do you own a smart phone or tablet? How has it affected your need for a PC?

I can't think of a single mobile device available today (or rumored) that would eliminate my demand for a big screen, a real keyboard, and a mouse. Not one.

The "post-car" analogy is spot-on.

The first thing I saw when I arrived at work today was tables and tables full of PC in various states of assembly. As much as I enjoy my tablet I rely on my PC more than ever.Â

As a freelance writer, I work largely from mobile devices. That being said, I find myself either constantly longing for a desktop with dual monitors (info on one side, writing on the other. Productivity!) or trying to upgrade my laptop so that it can handle having Access, three or four excel spreadsheets, three or four documents and about a million tabs in chrome without slowing down. Most mobile devices can't handle displaying that much information and also be able to switch between it smoothly.Â

I don't think the PC will die until mobile devices can achieve the same computing power and significantly improve their battery life.Â

I'm going to step on some egg shells here. I often hear a lot of people at places like Best Buy verbally rationalizing why they should buy something like an iPad or expensive mobile phone quoting things like "..it will help me do this on the go..." or "...I can do that on the go..." or "...it will increase my productivity." And, that just isn't accurate. We buy all the little mobile things for two reasons: everyone else is buying them and we like tech toys.

Most of the comments about PC is dying are often intentional disinformation looking to get the author more readers, cause a stir or promote something on that very same page. *Wink*

The world is full of data consumers, and a smaller number of data producers.

The former can be served largely by mobile devices - which for the task (considering things like the iPad) have surprisingly high utility and usability - while the latter, well, we still very much need WORKSTATIONS.

The difference between sub-$1000 PCs and WORKSTATIONS is a highly significant one.Â  But not even managers in high tech companies always understand it (just try to justify buying a several thousand dollar WORKSTATION to a money-conscious manager who has just bought a several hundred dollar home computer).

TheÂ 800 lb gorillaÂ in the room -Â Microsoft -Â appears to be running, not walking, away from trying to be a serious operating system for WORKSTATIONS, even though they are already clearlyÂ in charge of that market.

This is a real head-shaker, because who do they think is going to create apps for the App Store they hope to make trillions with?

If anything, with much of the rest of the industry jumping onÂ the mobile device bandwagon, I seriously expected Microsoft to buckle down and be MORE business-oriented, not less.Â  But without Bill Gates' direct leadership it's become all about chasing the almighty dollar, even to the exclusion of the future.

I'm glad there are people who still see the reality, and aren't blinded by the emperor's new clothes.

Keep up the good work building WORKSTATIONS...Â  Someone has to!

Small devices, smartphones, and tablets are certainly grabbing tons of market share when it comes to *consuming* content. Â But full size powerful systems are required to produce, develop, and deliver content. Â I need a workstation more than ever to work, and to produce photos, videos, or play games. Â Can't wait to get my first Puget Systems build.