I've built my own computers for… ages. I can't remember how old I was the first time I did it on my own, honestly. I do recall my dad taking me with him to computer parts stores when I was young, though, and by the time I was in high school I had at least augmented the hardware inside a couple of computers I owned. I also earned spending money building, upgrading, and repairing computers for my friends' parents. I can safely say I've been tinkering with computer hardware for at least two decades now, and I've been a computer user for nearly another decade beyond that. 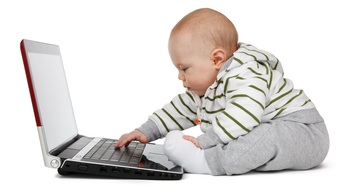 For a long time, though, I had the wrong perspective about selecting the components in my computers. Because I started with upgrading individual bits and pieces, before I was building my own systems from the ground up, I always looked at component prices one at a time. When selecting a CPU, for example, I would look at the performance increase available between each model / price point – and find the place where the jump in cost was bigger than the jump in performance. For example: if I could spend $250 on one processor, or $300 on a processor that was 20% faster, or $350 on the top-end that was another 10% faster… I would likely have gone for the middle one. My reasoning was that $250 -> $300 is a 20% increase in cost, and I got a 20% increase in performance to match – but another $50 on top of that is about 17% more expensive for only another 10% boost in speed.

This is why I've ended up with Core i5 processors, usually one step back from the top model in that series, in my last two or three builds. When just looking at one component in isolation, this reasoning may be sound… and when I got started in computer hardware that was usually my situation. I would often be upgrading the RAM, video card, or drive individually. Once I got to the point of building a whole computer from the ground up, though, I carried over this approach – and in hindsight, that was a mistake.

You see, when considering a full system the price comparison needs to change. Instead of looking at the cost increase of one component compared to its performance, you need to look at the price of the whole computer. With that as the baseline, you can then see what the price impact of a single component is and compare that with how it will affect the overall performance of the system. Taking the CPU example from earlier, lets say I was building a computer and had a budget of $2000 (on the low side for the systems we build here at Puget, but I don't need an 18-core workstation with professional graphics cards at home). In the context of $2000, spending $50 more to get a 10% increase in performance is absolutely worthwhile! That is a 10% increase in performance for only a 2.5% increase in system price, and missing out on that would be almost criminal. The same logic can be applied to other components that directly contribute to the speed of the computer, though of course some compromises may be necessary in order to fit your budget.

I used this approach to help guide customers when I worked on the consulting team here at Puget, but even during those years (almost a decade, in fact!) I still failed to connect this philosophy to my own hardware purchases. I would build a new computer every 2-3 years, but often some of the parts would be reused from an older machine… and in-between the new systems I was constantly tinkering with and upgrading my existing computers.

I've finally come around to the right way of thinking, though, and at a good time: I am seriously considering a new build with the latest Intel Coffee Lake processors. I dabble with video editing these days, alongside my gaming hobbies, and could really use a couple more cores plus the higher clock speed that the Core i7 8700K offers. One of my systems is an aging 3rd-gen Core i5 system, which my kids game on, but its USB ports have been acting up. It might be time to retire that one, move my current box over to that role, and build a new computer… but this time, not sacrificing a bunch of performance to save a couple percent on the total price. I've learned my lesson 🙂 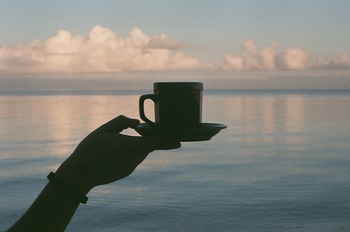