The past couple of weeks have brought a rush of emotions as the country has gone into lock-down mode to combat the spread of the coronavirus. Some days I find myself staring at the TV trying to comprehend the latest figures from the CDC. When I'm at my computer, I can't seem to stay away from this YouTube channel covering the latest pandemic statistics. Watching the national flags and chat scroll by accompanied by that haunting music puts me in a trance. It's like I can't look away.

Like many of you, I've been trying to keep my young children busy. Today, that meant reading an Encyclopedia Brown book to my two youngest sons. Other days I send them outside for an hour of P.E. on the trampoline or let them relax for an hour or three with their Switch and Animal Crossing: New Horizons.

Animal Crossing is a casual, escapist-type game that allows the player to build out a community on a deserted island. Your character can perform activities like fishing, building a home, or collecting bugs. If those sound like mundane activities, well, that's the whole point. Building out your life and community on an island consists of a lot of small tasks that may add up to something more significant in the future. Or not. Much like real life.

Watching my kids play Animal Crossing, got me thinking about some of my favorite casual, escapist or story-driving games I've played on my PC over the past year or so. I launched Steam and was surprised to see how many casual games I've enjoyed. Going down the list brought back a lot of fond memories, and I decided I should capture a few of my very favorites in a blog post. And no, Farmville did not make the cut this time! 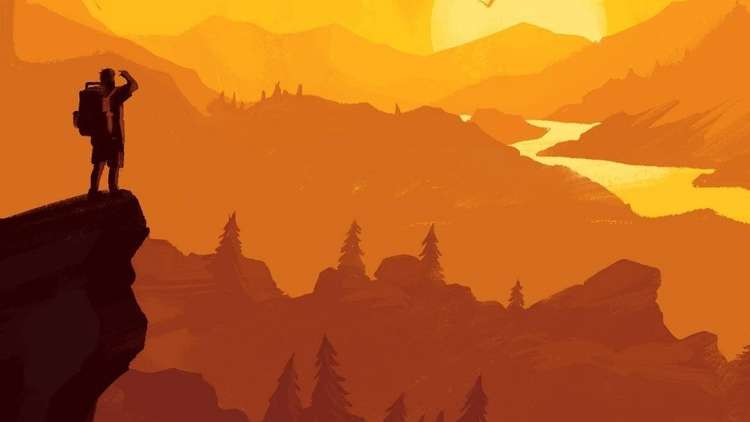 Firewatch feels more like a great book than a game. The scenery is so gorgeous, I use screenshots from the game as my background on my phone. Over the course of a summer, you play Henry, a new fire lookout who is stationed in the mountains of Wyoming during the late 1980s. Henry takes orders from his supervisor over a walkie-talkie until strange things start to happen.

Henry does a lot of walking, exploring and talking to his supervisor as he attempts to unravel the mystery in his neck of the woods. I enjoyed the dialog between Henry and his supervisor, who steps in at just the right times to keep the game moving along or to get Henry back on track.

My favorite part of the game was exploring the many mountains, caves and campsites for clues. Sometimes I had to backtrack when it became clear I should have examined an area closer than I did the first time. I assume that the job of an actual fire lookout must feel quite isolating at times, and Firewatch captures this feeling well. When I began to feel lost or lonely, I'd pull out my walkie-talkie just to hear the voice of my supervisor.

Firewatch is simply my favorite game I've played in the last two years. If you play one game on this list, make it Firewatch.

What Remains of Edith Finch 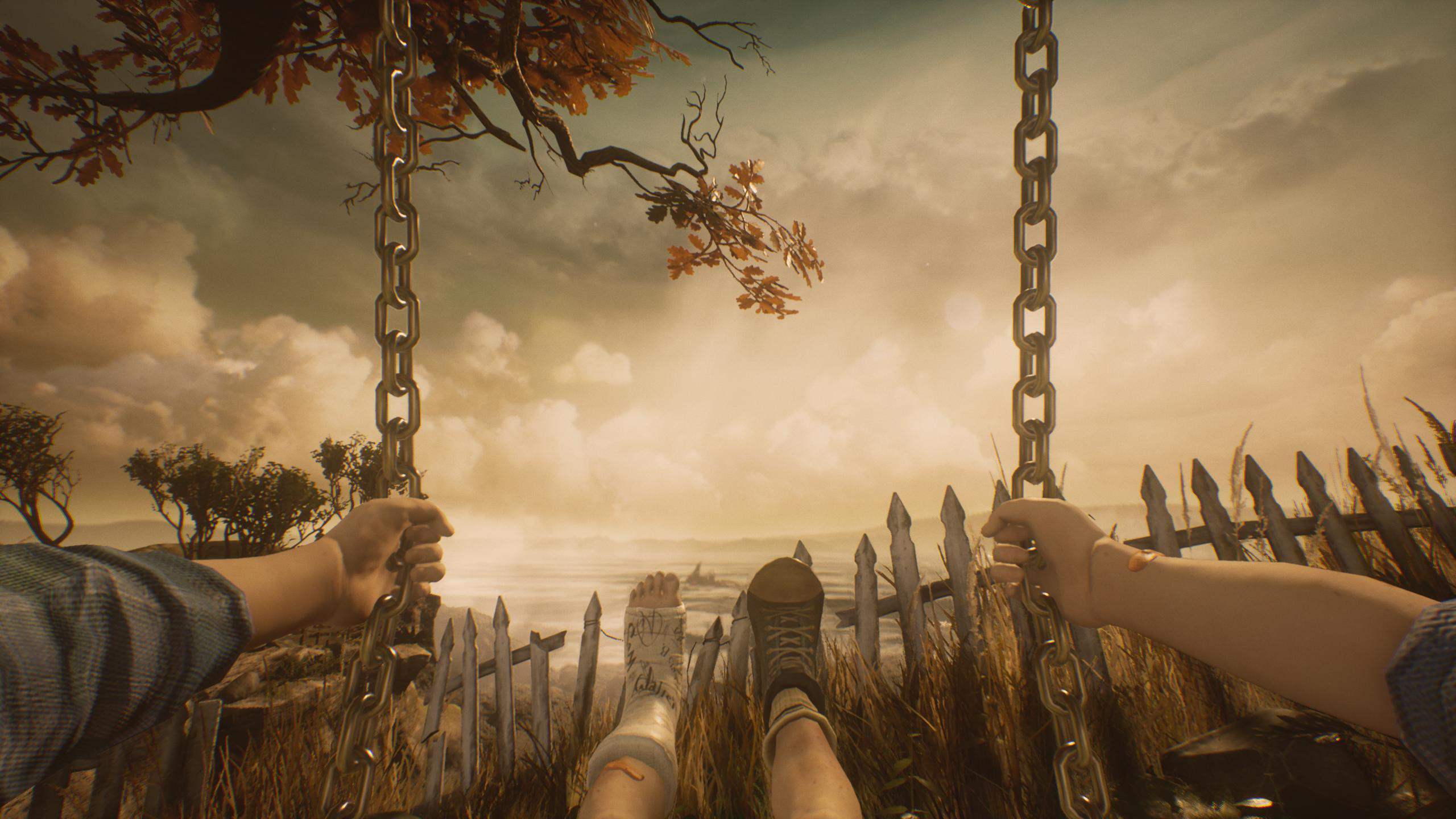 What Remains of Edith Finch is a game I thought about for days after I finished it. Its premise is simple: search an old house for clues on how members of your family passed away. The old house is filled with rooms and secret passages that you must find a way into before learning details about each family member.

Gaining access to the first few rooms left me feeling confused. But, as I progressed, the pieces began to fit and what unfolds is a fascinating if tragic story of a family full of eclectic characters.

This is a game you can finish in two hours. When the credits rolled, I wanted to play it again just to make sure I'd found all the clues. A few of the levels leave such an impression that I wanted to relive the feeling I had when I discovered the secrets. As such, this is the only game on the list I've played through three times. 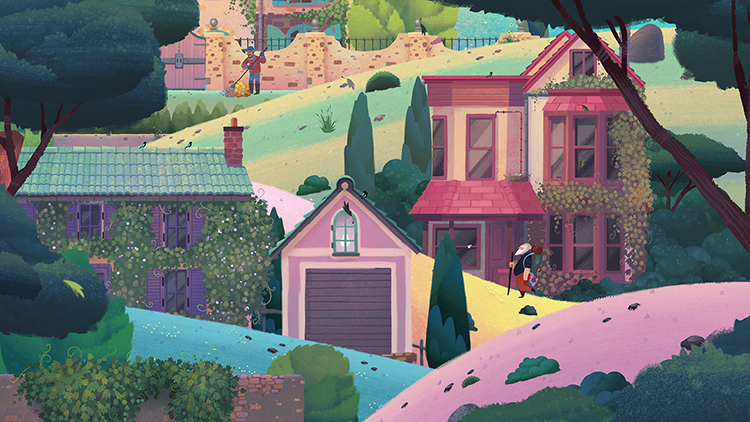 It's easy sit back and enjoy the amazing visuals of Old Man's Journey and forget it's a game. The vibrant colors, art style and soundtrack make this a joyful game about painful topics such as loneliness and personal loss.

The game starts with an old man taking delivery of a letter. There is no dialog in the game so we're left wondering what the letter contains. But it's clear the old man is concerned as he sets out on a journey with only a backpack and walking stick. The game play consists of solving a number of casual puzzles that allow the man to travel from one area to another.

Most of the puzzles are simple enough for children to solve. A couple kept me busy for more than a few minutes, but I never got frustrated or bored exploring the many areas of the world. And that world…it's gorgeous. Every tree, mountain, house and village shines with color and vibrancy. For what it's worthy, my kids enjoyed Old Man's Journey as much as I did. It's a wonderful game. 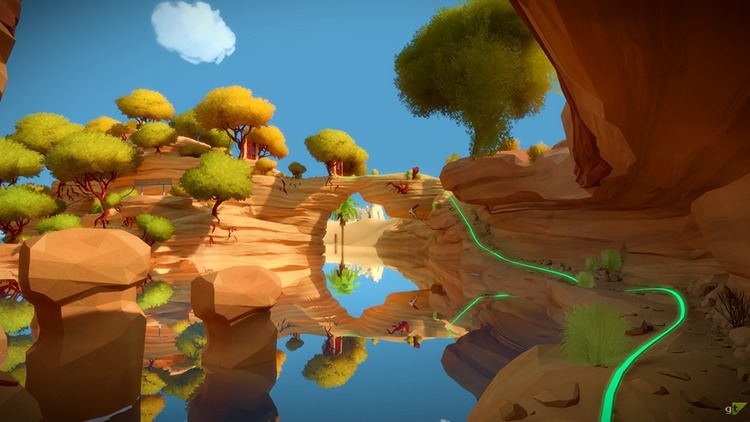 If you enjoy challenging puzzles with your mysteries, the Witness was made for you. Your goal is to wander a colorful island to solve puzzles which open more puzzles which begin to tell a story. The puzzles consist of using your mouse to draw the correct path through a labyrinth of points and lights. Completing a puzzle, lights up cables that lead to more puzzles and opens up new areas on the map. The first few puzzles are quite easy, but quickly get more challenging as you progress.

The Witness provides the structure of a story, although it was more subtle than other games on my list. It took a few hours of solving and exploring to understand what happened to the island, and how the puzzles play into the storyline. The Witness is a beautiful game. It's clever design mixed with challenging puzzles make it a joy to play. 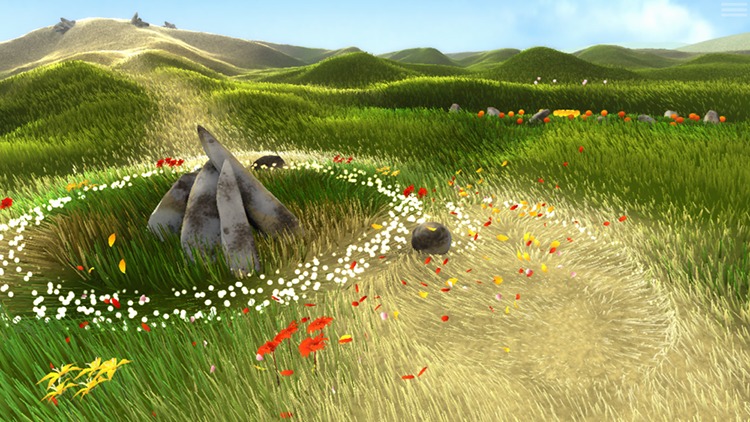 It's not easy to describe a game like Flower. If Call of Duty or Fortnite are at one end of the gaming spectrum, then Flower would be at the other end. Flower is unlike any game I've played. It's gorgeous. It's relaxing. And I guess I would call it a game, but it almost looks like more of a screensaver.

But don't let that deter you from playing Flower. The gameplay is as simple as it gets: you control the wind with your mouse, tilting it either right or left to catch flower petals. The music matches your movement and provides audible feedback as you pass through clusters of followers, picking them up as you go.

There is no time limit or score to keep. There is no death or combat in Flower. Instead, your goal is to collect enough petals to advance to the next level. Most players will finish flower in about an hour. I've returned to this game a few times, just to hear the music and enjoy the visuals of the flowers dancing in the high grass.

As much as I still enjoy playing Fortnite or Diablo 3 with my kids, sometimes I'm after a more relaxing experience. All five of these games fit that bill. You won't need a cutting-edge CPU or GPU to enjoy them either. I'm glad that games like this exist. With everything going on in the world right now, these games allow me to escape and think about something else for a few hours.

What are a few of your favorite casual PC games?