Skip to content
Always look at the date when you read an article. Some of the content in this article is most likely out of date, as it was written on April 2, 2012. For newer information, see our more recent articles. 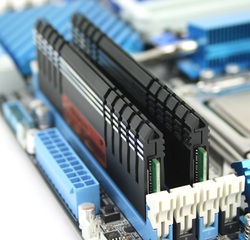 When it comes to computer hardware, it is very common for manufactures to offer a series of "Extreme" products in addition to their standard line of products. With video cards, this is often in the form of pre-overclocked cards. With motherboards, additional overclocking features are typically the requirement for an extreme motherboard. With memory, this is generally in the form of RAM that runs at very high frequencies.

We've talked about high frequency (or overclocked) RAM in the past with the blog post Overclocked Memory is a Scam, although much of that post is in regards to the various compatibility problems we saw when DDR3 was still young. Most of the compatibility problems have thankfully been resolved (although the faster RAM still tends to have a higher failure rate), but there are still a few problems with high frequency RAM.

The main issue with high frequency RAM is due to the fact that at higher frequencies (generally around 1866MHz and higher), memory manufactures also begin to increase the timings in order to keep the RAM stable. In this article, we will be looking to see if RAM with a higher frequency and increased timings has any performance advantages over RAM with lower frequency and reduced timings in a high-end computer systems using a dedicated video card. The effect of RAM is very different when using onboard CPU graphics, but we will leave that aspect of RAM performance for a future article.

To determine how this ratio of frequency to timings affects performance, we ran an extensive suite of benchmarks on multiple platforms with a range of RAM models. But first, let's go through the common RAM specifications to help us understand why timings are just as important as frequency.

There are three main specifications for RAM that determine its performance: size, frequency and timings. The size of RAM is easy enough to explain as it is simply the amount of data that can be stored within the RAM. Frequency is a bit tougher, but boils down to being how fast the computer can access the data that is stored on the RAM. Timing (also known as the CAS latency) is even more complicated, but is essentially how long the RAM has to wait between receiving a read command and when it is able to execute it. Another, slightly less accurate, way to think of it is how long the RAM to takes to find a requested block of data after receiving the read request.

Ideally, you want to have a large amount of RAM running at a high frequency with low timings. The problem is that in general, extreme RAM increases the frequency while also raising the timings. So while the computer can read data from the RAM faster, it takes it longer to move between different data sets which in most applications will negate the improvements brought about by the increased frequency. So to summarize:

Size: Amount of data the RAM can store
Frequency: Speed at which the computer can read the data from the RAM
Timings: How long the RAM has to wait between read commands

In order to test whether a higher frequency at the cost of increased timings is worth it, we ran a series of benchmarks using the RAM listed below. For each frequency level, we used RAM with timings that are the most common at that frequency.


We have found in the past that the performance differences between brands (running at the same settings of course) are negligible, but we wanted to remove as many variables as possilble. We used Patriot RAM for our testing because they had three of the four most common RAM frequency/timing ratios. Patriot does not make a 1333MHz low latency kit with CL7 timings, however, so we tweaked the timings and frequency of the PC3-12800 model to run at those specifications. This will have the exact same performance as RAM that is designed to run at those settings, but may be slightly less stable. Luckily, our RAM performed just fine at those settings through all of our testing so stability was not an issue.

Due to the different ways that Intel and AMD processors handle RAM, we also performed all of our testing on platforms from both companies. Relevant specs are below:


In order to see if there are any performance benefits to using the high frequency, increased timing RAM, we divided our testing into three categories: Synthetic, Gaming and Application. The synthetic section covers simply the raw read/write speeds and latency of the RAM for each configuration. For the gaming and application sections, we ran a series of different benchmarks to measure any performance differences.

We ran a fairly extensive set of benchmarks, so we will only actively discuss the test results that we feel showed a notable difference in performance. The results from the other tests are still shown, but have been sized down to help keep this article from become too massive. Feel free to click on any picture to enlarge it to full size if you would like to take a closer look at those results, however. 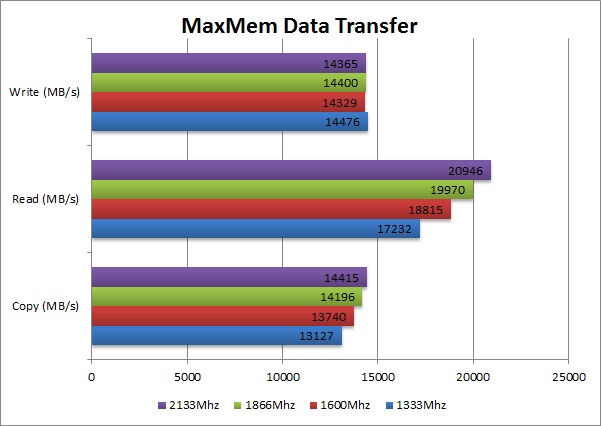 To start things off, we used MaxMem to give us our write, read, copy and latency results. Since read speeds and latency are based primarily on the frequency and not greatly affected by the timings, we see a gradual increase in performance as the frequencies become higher. One unexpected result is that the frequency does not affect the write speeds by a significant amount.

These results are great to show that higher frequency RAM is better at sustained read and copy tasks, but in order to answer if it is enough to overcome the increased timings we have to run some real world benchmarks.

Our gaming benchmarks could not be any more clear: on Intel-based systems, you gain little to no performance advantage with the higher frequency RAM. The only benchmark that showed any appreciable variance was DiRt 2 with very low settings. Even then, the variance was very minor with only a 1.5% variance between 1333MHz and 2133MHz.

On our application benchmarks, we finally saw some performance variances, although the results are a bit strange. While the 2133MHz RAM did perform the best, the 1600MHz and 1866MHz RAM were both worse than the RAM running at 1333MHz. Due to this, it appears that we cannot make a blanket statement for WinRar when it comes to the performance of higher frequency RAM.

Euler3d also gave us some mixed results that are almost exactly the opposite of our WinRar benchmark. Again, the 2133MHz RAM is faster than 1333MHz RAM, but 1600MHz and 1866MHz RAM are both faster than the 2133MHz RAM. So once again, while we see some performance differences, they do not line up exactly with the frequency speeds.

All of our other application benchmarks (shown below) showed only minor variations not significant enough for us to specifically comment on. 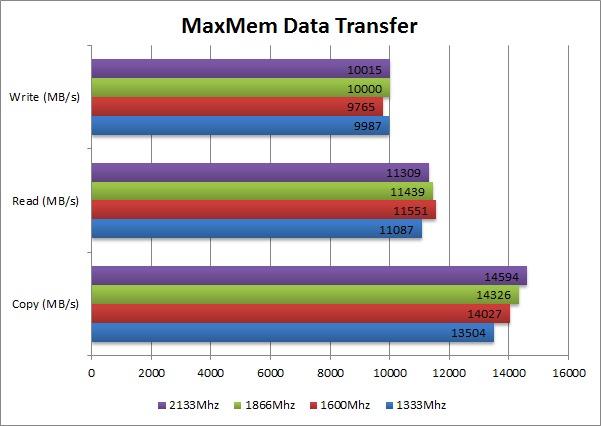 Compared to the Intel synthetic results, the AMD results are a bit jumbled. The latency and copy speeds improve as the MHz is increased, but oddly the read speed results do not line up perfectly with the frequency like they did on our Intel platform. In fact, the 1600MHz RAM has the best read speeds, followed by the 1866MHz, the 2133MHz and finally ending with the 1333MHz RAM. 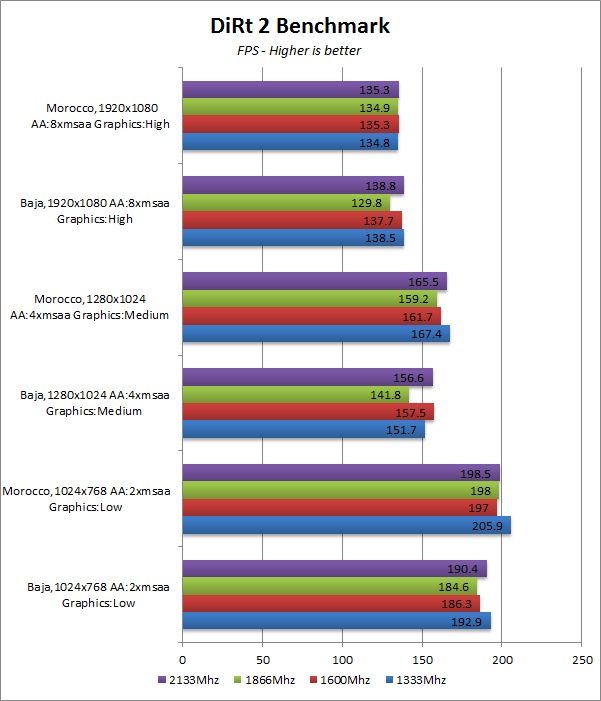 Unlike the Intel configuration, we saw enough variance in one of our gaming benchmarks to warrant a little discussion. X3 and Unigine both showed very minimal fluctuations (within our margin of error), but DiRt 2 gave us some interesting results. What is strange is that the 1866MHz RAM (which is the highest frequency natively supported by this CPU) gave us the lowest benchmark scores. The 1333MHz and 2133MHz sticks were pretty much even, with the 1600MHz following just behind.

On our application benchmarks, Euler3d did not show enough of a varience for us to single it out this time around, although WinRar once again shows some performance varience. On our AMD system, compression time using WinRar was improved as the frequency was increased. The extraction results, however, are not as straight forward. In short, they are exactly the opposite of what we saw with the Intel system. On AMD, the 1866MHz RAM had the best extraction time, followed by the 1600MHz RAM. The 2133MHz and 1333MHz results tie for third place with only a minor .01 second difference.

Before we proceed any further, we want to reiterate a few key points. First, our conclusion is based solely on the assumption that higher frequency RAM has increased timings. There are a few models available that have both higher frequency and tighter timings which certainly will have a performance edge (although we will leave the quest of how much to a future article), but they are certainly not the norm. Second, our testing was all done with a dedicated video card and as such these results do not apply to systems using onboard CPU graphics. 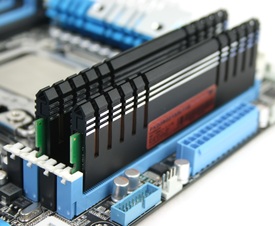 So what does this all mean? Based on the results from our testing, we see no reason to use higher frequency RAM with increased timings unless the system will be used for a very specific application that you know will benefit from the higher frequency. The increase in cost and failure rates is simply not worth the very application-specific performance gains.