At Puget Systems, we're seeing more demand these days for extreme high end computers. Triple-SLI, dual CPU, large amounts of memory – people are pushing the limits looking for more performance. We're building more overclocked computers today than ever before, pushing the CPU and video cards to new and higher limits. One area that has been frustrating to me recently has been memory. 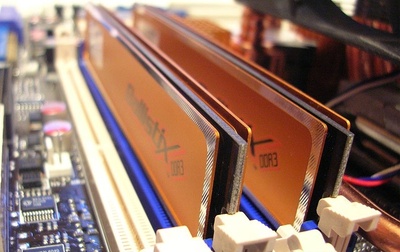 While the most high end motherboards are rated for DDR3-1333 and DDR3-1600, you see a lot of memory on the market that is DDR3-2000 and even beyond. With this memory available for purchase, and with the motherboard manufacturers actively advertising that they can accept this overclocked memory, you'd think it would be a simple matter to install the memory, and enjoy the benefits.

What is frustrating is that in most cases, this overclocked memory is nearly impossible to use. While nearly all high end motherboards have four memory slots, when you use overclocked memory, you are often limited to using two sticks, and sometimes only ONE stick. If you look closely at the qualified memory lists by the motherboard manufacturers, you'll see what memory they've tested, and what configurations were successful. These lists are called “Memory QVL” lists. If you're looking to build an overclocked high end computer, check it out. It's an eye-opening list.

What I have a problem with is that both the memory and motherboard manufacturers have no problem branding their products with these high end labels, hyping the speeds, and battling over competing for who can release the fastest memory on the planet. The limitations on this memory is what they only quietly list in their technical documents.

Even with regular speed memory, one thing we've found over the years as a system builder is that 4-module configurations are consistently more problematic. It is true that the reason for this is that there is more complication – you have four memory sticks, which leads to more interference, and reliance on more things all working correctly to have a stable computer. What frustrates me is this: At what point did these problems become an acceptable afterthought? At what point did the memory and motherboard manufacturers stop considering this behavior to be considered something broken, and start saying “good enough” and ship their products with disclaimers and footnotes? I think it is time we call for a higher standard. I understand and appreciate the challenges, but marketing departments should not be given the green light to brand a board as “DDR3-2000 READY!!!” if you can only use a SINGLE memory stick of that speed.

Until that changes, you'll find Puget Systems not advertising these higher memory speeds. If you are someone looking for higher speed memory, do talk to us – we can help you find the best chances of success. But higher speeds? We're choosing not to support this hype. We'll advertise DDR3-1333 and (sometimes) DDR3-1600, because those are speeds we know work consistently.