With nearly a 70% increase in rendering performance of the previous generation Quadros, the RTX A6000 is a great card for Octane. While the NVIDIA RTX A6000 is ideal for rendering large scenes with its 48GB of VRAM and NVLink support, there are less expensive options in the GeForce line with less VRAM, a trade-off that will be acceptable for many users.

NVIDIA has launched their new GeForce RTX 30 Series video cards in a set of rolling releases during the fall of 2020 and has touted major advancements in performance and efficiency with this "Ampere" architecture. Those were all consumer-grade video cards, however, now we are finally able to take a look at the first workstation card with this architecture, the RTX A6000. NVIDIA has decided to forgo the “Quadro” designation this generation, but the RTX A6000 is a direct successor to the Quadro RTX 6000/8000. Professional applications like OTOY's OctaneRender should see significant improvements with this card. 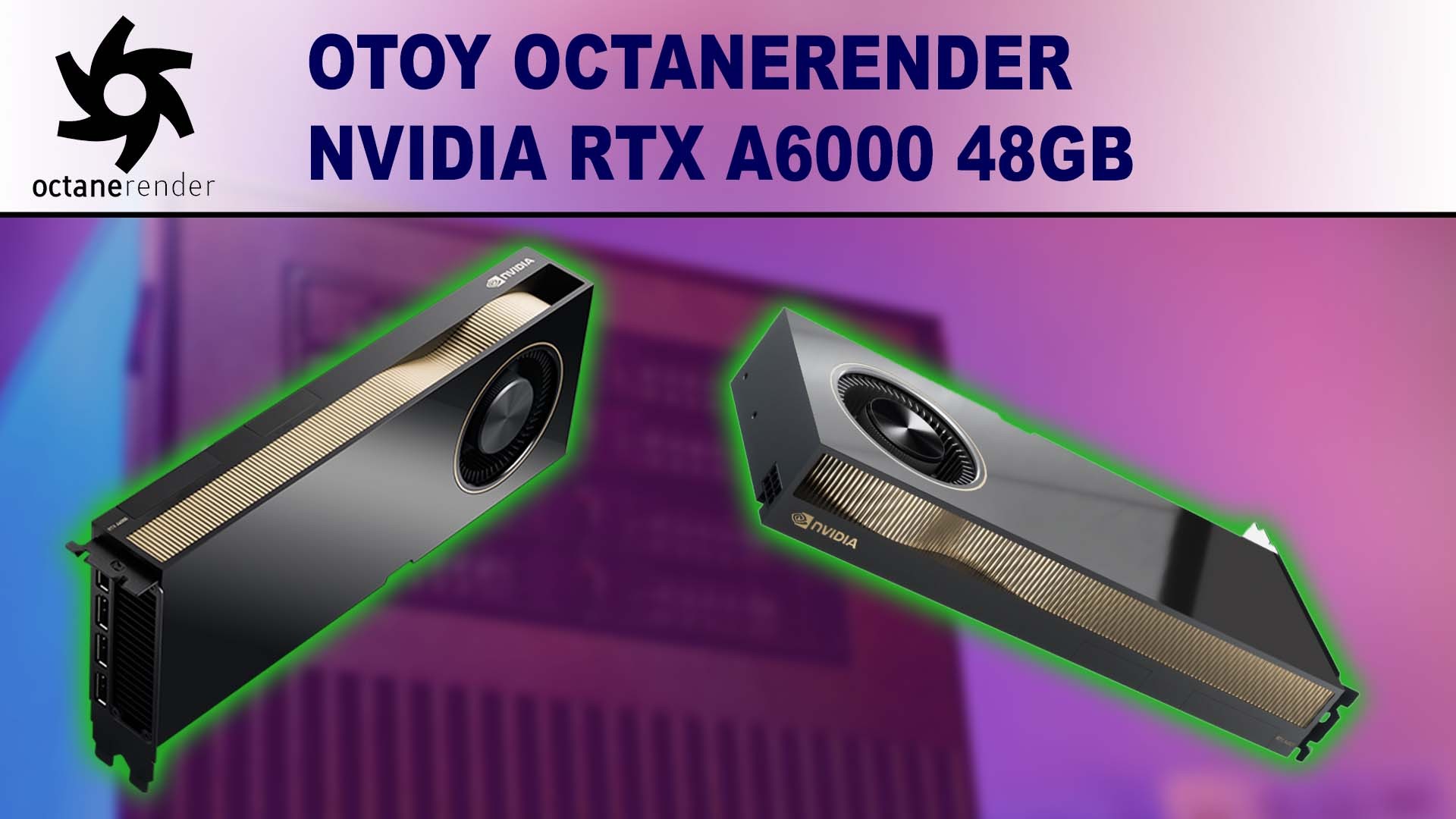 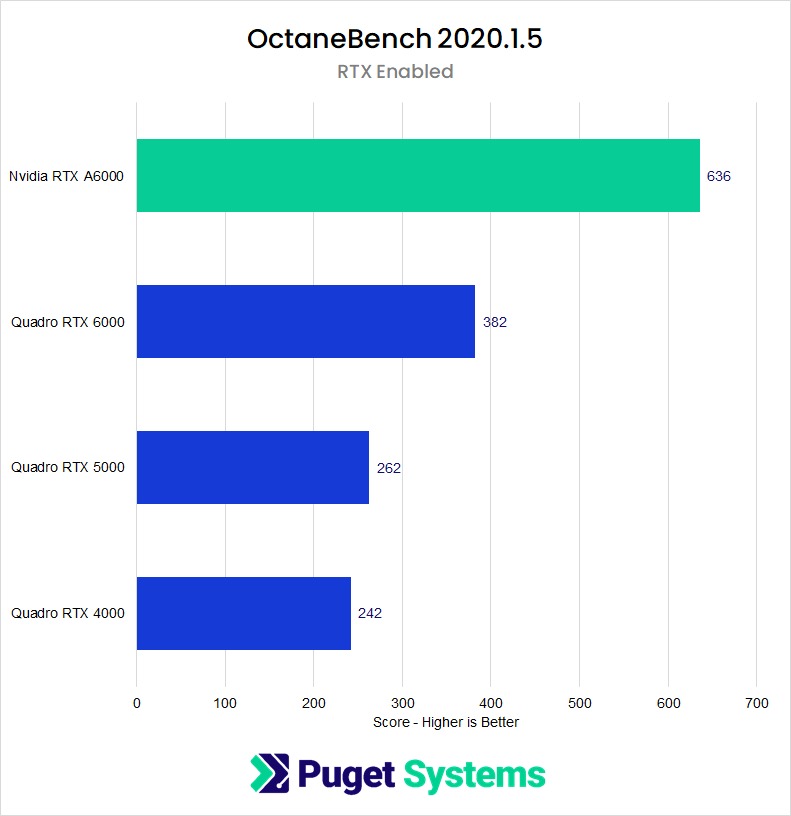 The raw performance of the new RTX A6000 is amazing in Octane! In both tests, the new card is 70% faster than the previous Quadro RTX 6000/8000. It also offers a massive 48GB VRAM, equaling the RTX 8000, while costing a few hundred dollars less. If you are looking for the top of the line video card with the highest amount of VRAM, this is as good as it gets.

How well does the NVIDIA RTX A6000 48GB perform in Octane?

The NVIDIA RTX A6000 is ideal for rendering large scenes with its 48GB of VRAM and NVLink support. Nearing a 70% performance increase compared to the previous generation Quadros. There are less expensive options in the GeForce line with less VRAM, a trade-off that will be acceptable for many users. We also do not know what NVIDIA has planned for lower-tiered Ampere cards. We are hoping they we reveal an RTX A5000 and A4000 at some point in the future, but so far they have been silent.

As always, please keep in mind that these results are strictly for GPU-based rendering in Octane. If you have performance concerns for other applications in your workflow, we highly recommend checking out our Hardware Articles (you can filter by "Video Card") for the latest information on how a wide range of programs perform with various GPUs, CPUs, and other hardware.