Skip to content
Always look at the date when you read an article. Some of the content in this article is most likely out of date, as it was written on April 18, 2017. For newer information, see our more recent articles.

While the Quadro P5000 and P6000 have been available for quite some time, NVIDIA has only recently launched the rest of their Pascal-based Quadro cards. Now that the full line is available, we thought it was time to take a look at how they perform in Premiere Pro.

To see how the different Pascal Quadro cards compare to each other, we will be examining the following tasks: 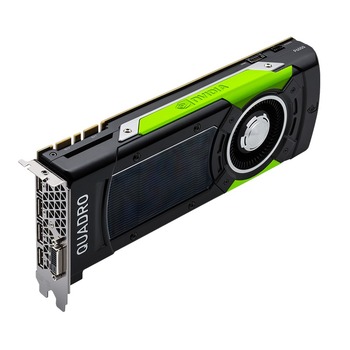 If you would like to skip over our test setup and individual benchmark results, feel free to jump ahead to the conclusion.

To see how the new Quadro cards perform in Premiere Pro, we will be testing with the following hardware:

While we will not be testing any particularly low-end video cards, we will be looking at the P4000, P5000, P6000, and GP100. Note that the GP100 is a bit of a specialty card that includes some features like NVLink and HBM2 memory which shouldn't make much of a difference in Premiere Pro. This card is designed more for engineering and simulation, but we had one on hand so we decided to go ahead and throw it into the mix. We will also be including the Titan Xp video card which is a bit of an oddball from NVIDIA because in many ways it doesn't fit into either the Quadro or GeForce line  – they recently even dropped the "GTX" term from the name entirely. However, it is a very popular card for GPU-intensive applications so it should work well as a point of reference.

To test exporting and rendering previews we used a moderately complex timeline involving multiple clips, Lumetri Color correction, multicam footage, and some other effects like a logo overlay, Gaussian blur, and cross dissolves. If you want a more in-depth look at what our timelines are like, we recorded a short video explaining our test process:

Our 4K VR testing was performed using the "Sample 1 – Ring road motorbike ride" footage from the Autopano Video Benchmarking page. For this testing, we limited ourselves to only using built-in Premiere Pro effects such as Lumetri Color correction, text overlay, and cross dissolves. 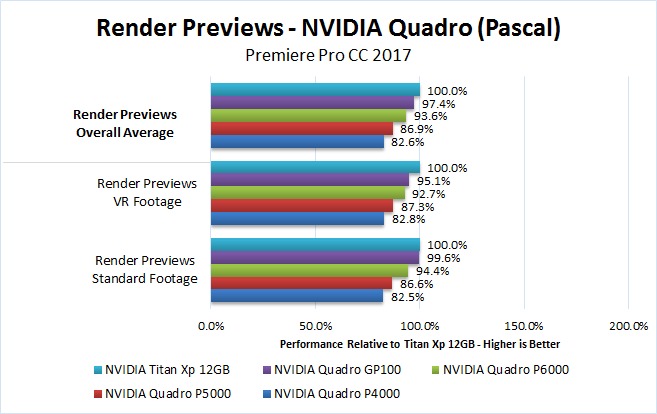 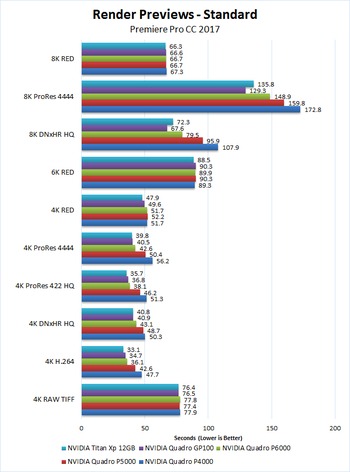 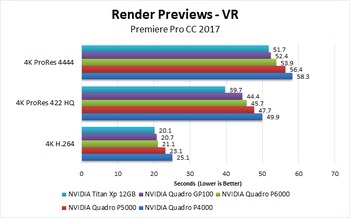 Overall, the results were fairly consistent between our standard and VR footage testing, but there was some variation between the different codecs and resolutions we tested. This means that if you happen to primarily use one of the codecs we tested, we recommend looking at the individual result rather than the average.

With that said, the Quadro cards all performed about how we expected with the top end card (GP100) being about 15% faster than the lowest end card (P4000). This may not seem like a very big difference considering the huge price disparity, but if you look at our testing for GeForce cards the relative performance between the models is strikingly similar. This means that the relatively small differences are not really the fault of the Quadro cards themselves, but rather simply a sign that performance does not increase at the same rate as the price. 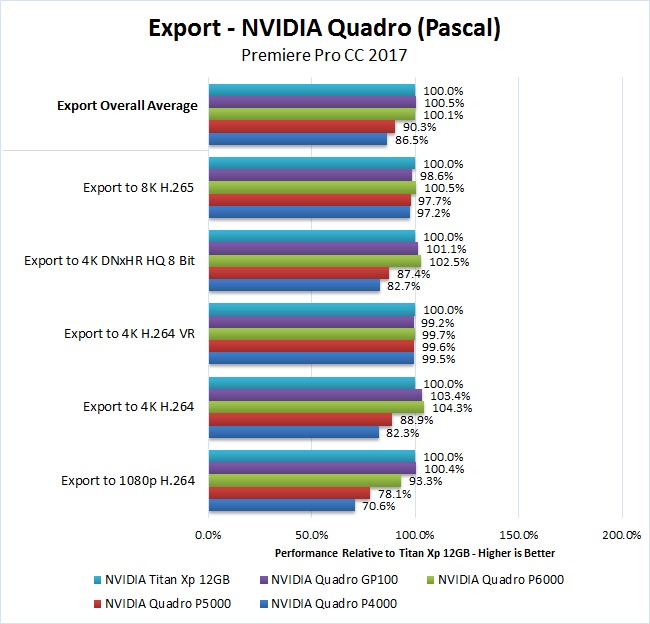 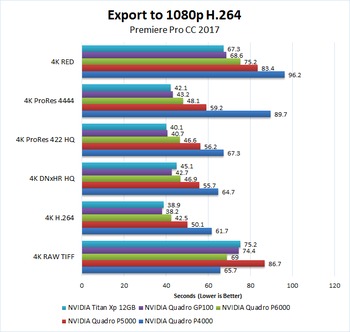 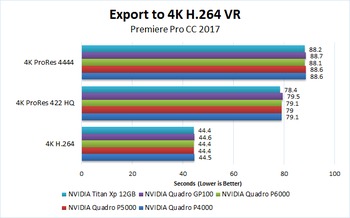 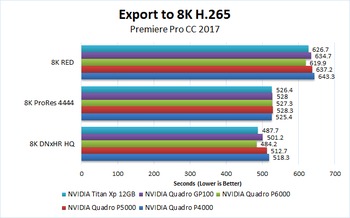 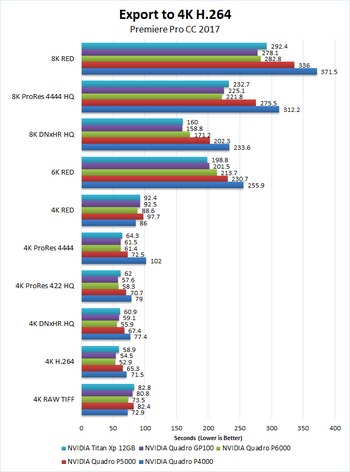 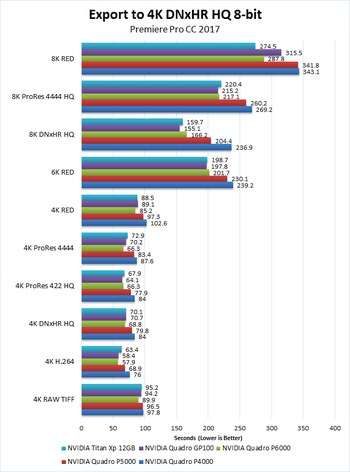 Exporting is a bit interesting because we actually saw the largest performance gains from the more expensive cards when exporting to 1080p. Instead of the 14% average difference we otherwise saw between the lowest and highest cards, for 1080p the difference was almost 30%.

Our Premiere Pro testing covers nearly 45 benchmarks with various footage resolutions and codecs and while there is certainly a performance difference between the different cards we tested, the difference is smaller than many might expect. There are certainly times when the higher end cards are much faster, but on average we can sum up our testing with the following statement: 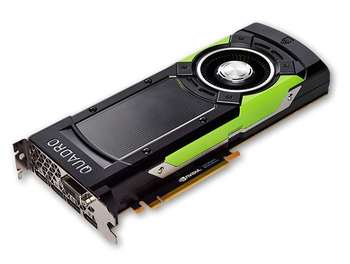 As we mentioned in the test setup section, the GP100 is a bit of a specialty card designed for more for engineering applications than video editing – but we wanted to see how much of a difference the high bandwidth memory on this card makes. Unfortunately, the answer is: not much. For most users, the small performance difference isn't going to be worth the price premium of this card.

Otherwise, the performance gain from the different cards is about what you would expect. The P4000 stands up surprisingly well to the P5000, although the P5000 also has 16GB of VRAM which would make it the better choice for 8K or higher timelines. The P6000 has even more VRAM (24GB) although this is more than Premiere Pro should ever really need so the main advantage to using this card is simply the fact that it is 10% faster than the P5000.

If you looked closely at our charts, you probably noticed that the NVIDIA Titan Xp was as fast or faster than even the most expensive Quadro card even though it is nearly 5x cheaper than the P6000. We do want to point out that raw performance is not the only consideration here; there are a number of other advantages to using a Quadro card that you might want to consider:

Whether those advantages are worth the additional cost it is completely up to you. We offer both product lines on our Premiere Pro workstations so whether you value the best performance for your dollar or maximum stability and reliability, we have you covered.