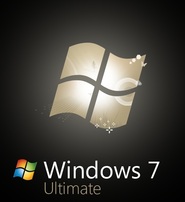 It has begun. Well, it has really been a long time coming… but it is finally here. The first pangs of the death of Windows 7: we can no longer offer the Ultimate version on our computers.
Microsoft stopped selling new licenses for Windows 7 Home and Ultimate versions back in October of last year (2014), but there has been sufficient stock built up at suppliers and online resellers that we’ve been able to keep getting legitimate OEM licenses until now. The Ultimate version is likely the first to fall because it was the most niche of the three Windows 7 versions we carried. It is really only needed for advanced features like Bitlocker encryption and additional language packs.
Because those features are not available in other Windows 7 versions, though, it means that users who need them will have to go with Windows 8.1 Pro instead. Sometimes Microsoft provides options to ‘downgrade’ from a newer version of Windows to an older one, but there is no downgrade path to Windows 7 Ultimate – most likely because there is no Ultimate equivalent in the Windows 8 / 8.1 lineup.
I expect that at some point in the coming months Windows 7 Home Premium will follow Ultimate into oblivion. The Professional version will be around a bit longer, though, as Microsoft has not yet stopped selling new licenses for it. Further, when 7 Pro does finally kick the bucket we will still be able to offer it via Windows 8.1 Pro -> 7 Pro downgrade rights. That is a bit of a work-around, but it will allow use of 7 Pro for a few years to come.
Some more tidbits about the decline of Windows 7:
Sources / more info:
Windows version lifecycle & support length
Windows downgrade rights
Windows downgrade how-to / details
OS user base comparisons