Kirill Prozument is an Assistant Chemist at the Chemical Sciences and Engineering Division of Argonne National Laboratory. His primary area of scientific interests is fundamental chemical reaction dynamics. 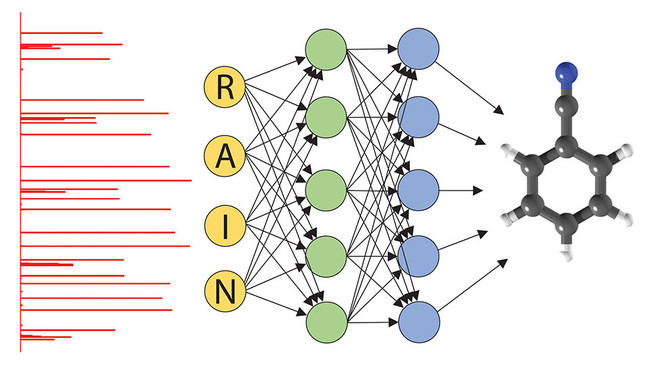 The concept of using artificial neural networks (middle) to convert rotational spectra (left) to molecular parameters (right). The Figure is reproduced from AIP Scilight, with the permission of AIP Publishing.

Daniel Zaleski, who is now Assistant Professor at Colgate University, was the lead researcher working with Kirill on this project. Daniel did this work while being a postdoctoral researcher at Argonne.

While a standard PC was sufficient while using the feed forward artificial neural network, which operates with frequencies of rotational transitions, training a convolutional neural network on images of spectra required a customized PC. The need for Kirill's team to fully customize their workstation for neural network work is one reason he enlisted the help of Puget Systems.

Kirill outfitted his workstation with NVIDIA GeForce GTX 1080 Ti GPU. This powerful GPU is used to train the convolutional neural network which is part of a Rotational Assignment and Identification Network (RAINet).

Training a convolutional neural network on images of spectra required a custom PC. 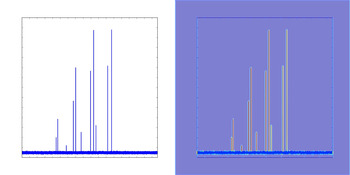 An image of a rotational spectrum of a symmetric top molecule (left). A heat map representing the confidence level of the convolutional neural network that a certain pixel of the image belongs to a rotational line (right). The Figures are reproduced from the Journal of Chemical Physics, 149, 104106 (2018), with the permission of AIP Publishing.

The research Kirill and his team were performing required more horsepower than a standard, off-the-shelf PC could offer. Not only was the GPU important to his work, but he also needed lots of RAM and a high-performance SSD.

Kirill worked with Puget Systems consultants to come up with a workstation that is optimized to take advantage of the neural networks his research requires.