Although Photoshop has a number of GPU-accelerated effects that make it important to have a supported GPU, there is effectively no difference in performance between the various NVIDIA and AMD GPUs we tested. Having a GPU can give you up to a 50% boost in performance, but the new NVIDIA GeForce RTX 3070 8GB, 3080 10GB and RTX 3090 24GB are no faster than the RTX 2080 Ti, not to mention the RTX 2060 SUPER or even the older GTX 1080 Ti. 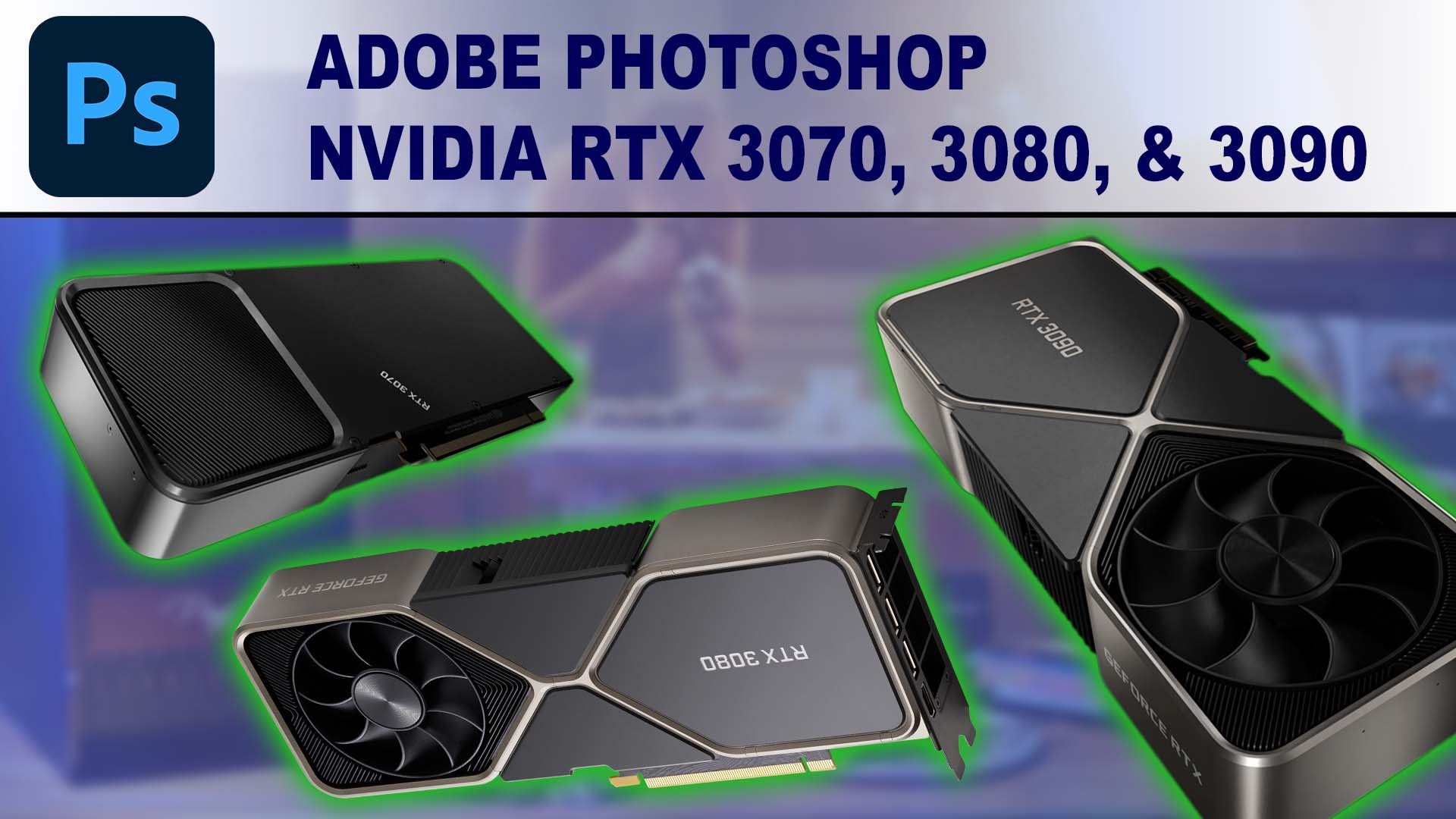 To test each GPU, we will be using the fastest platform currently available for Photoshop – most notably the Intel Core i9 10900K. Since Photoshop utilizes the CPU so heavily, this should minimize the impact of the processor and allow each GPU to perform at their fullest potential. Even with this, however, be aware that there typically isn't much variation in performance between different video cards. We will also include results for the integrated graphics built into the Intel Core i9 10900K to act as a reference for what you would see if you did not have a GPU at all.

While Adobe has recently released a new update to Photoshop (version 22.0), since this is essentially just an update to our previous RTX 3000-series articles, we will be sticking with version 21.2.2 for now. Our current plan is to re-do all our GPU testing with the latest version of Photoshop once AMD launches their new Radon 6000-series GPUs in November. 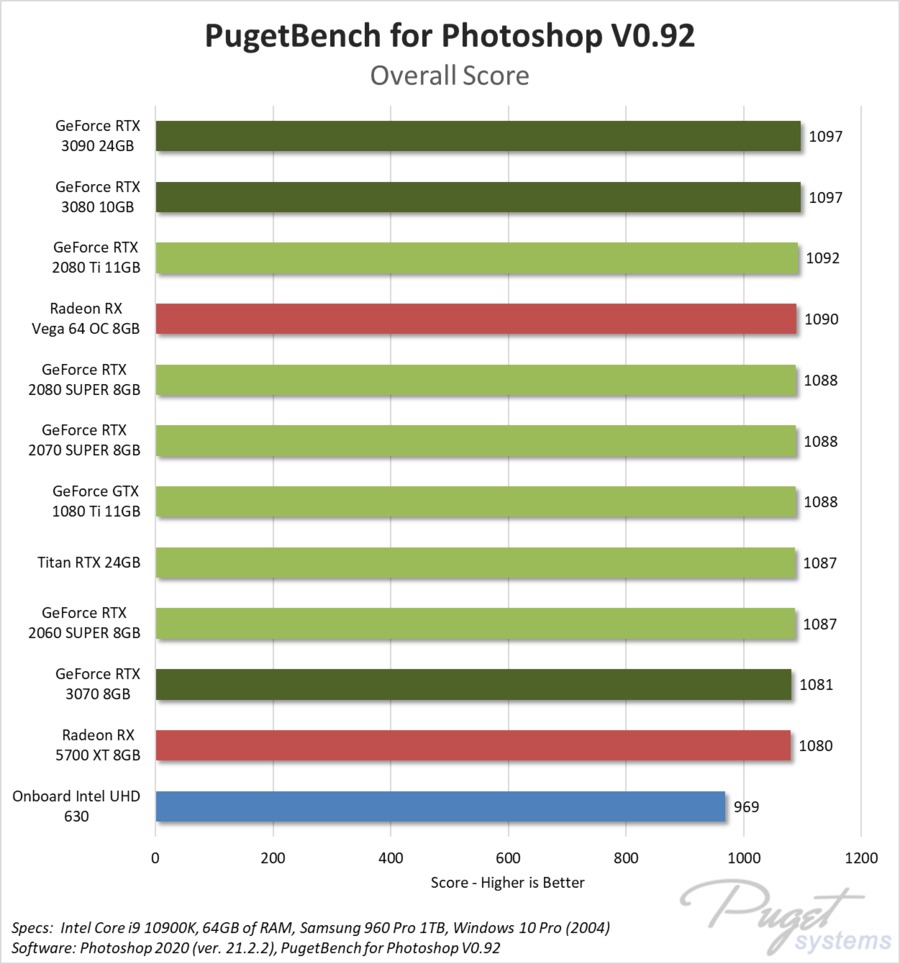 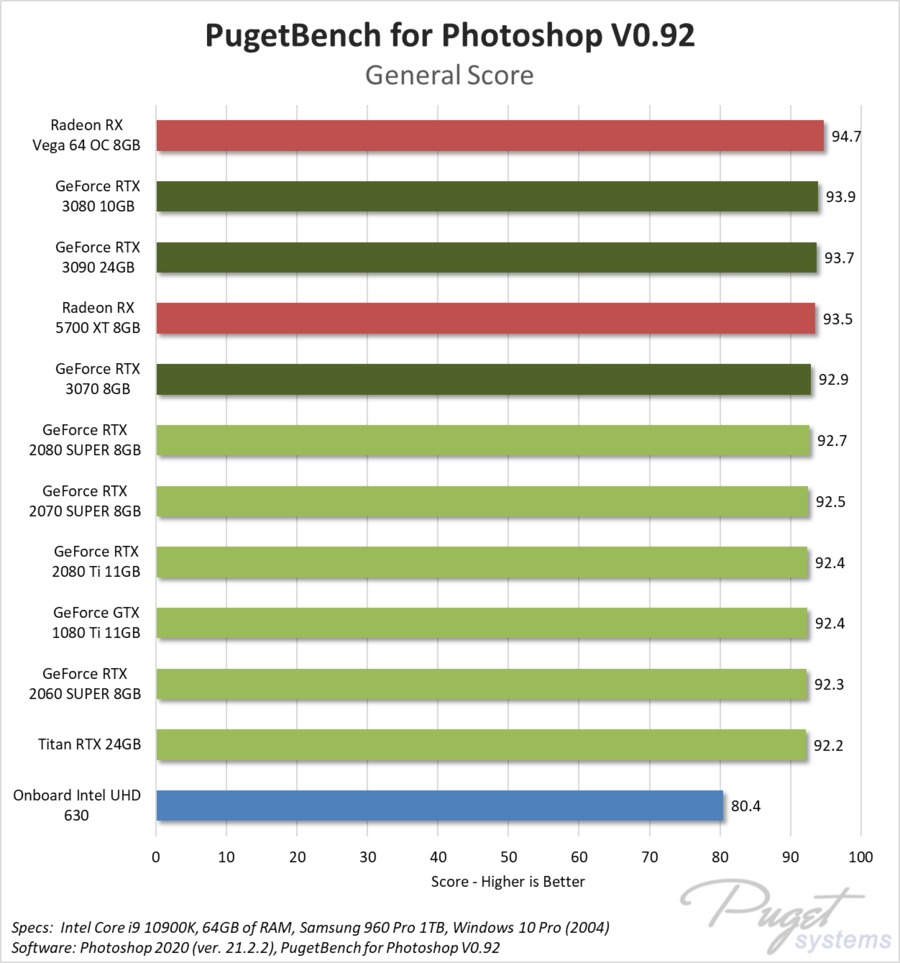 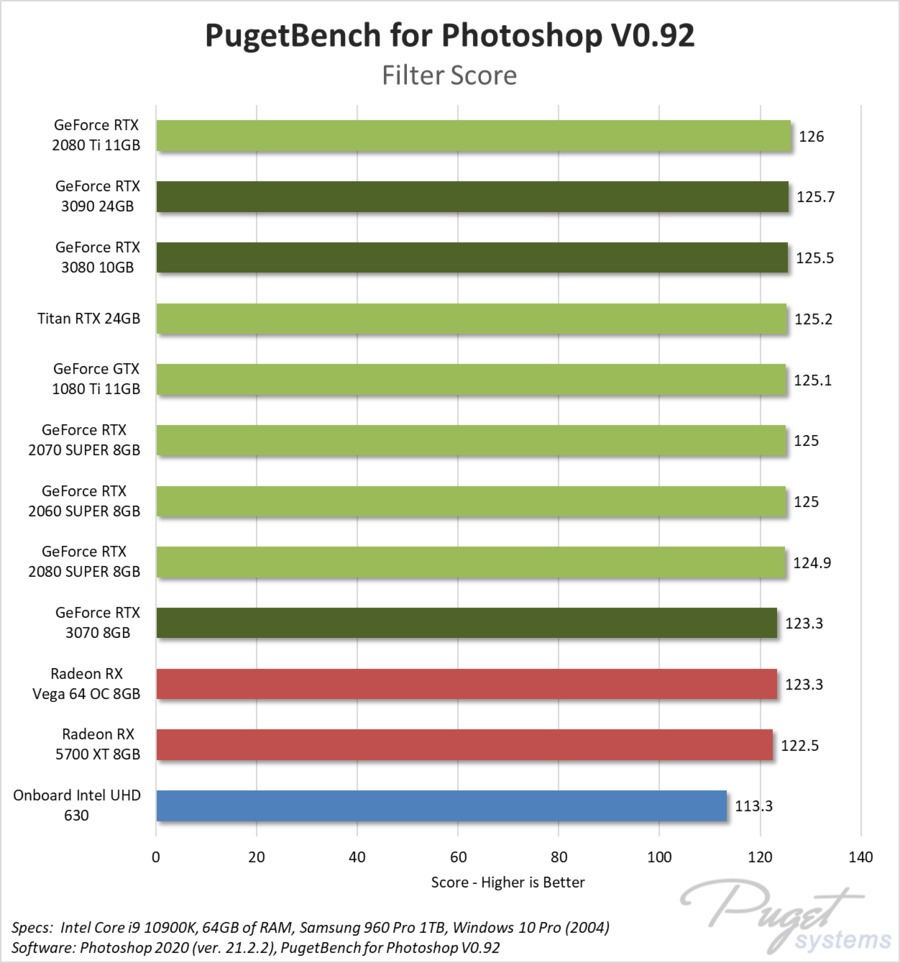 As you can see in the chart above, there is effectively no difference between any of the GPUs we tested. Between the "fastest" and "slowest" cards, we only saw a 1.5% difference in performance, which is well within the margin of error for real-world testing like this. Having a GPU does increase performance by ~13% over the onboard Intel UHD 630 graphics, but a GPU with more raw horsepower doesn't result in significantly higher performance than a more modest GPU.

The new RTX 3080 and RTX 3090 did happen to end up at the top of the chart (and coincidentally with identical Overall Scores), but that is more random chance than anything else. The RTX 3070 was a bit slower, but again, we are talking about less than a 2% difference which is not going to be noticeable in the real world.

However, our benchmark does make a "GPU Score" based the tests that are GPU accelerated, which should (in theory) be able to show more of a difference between each card. 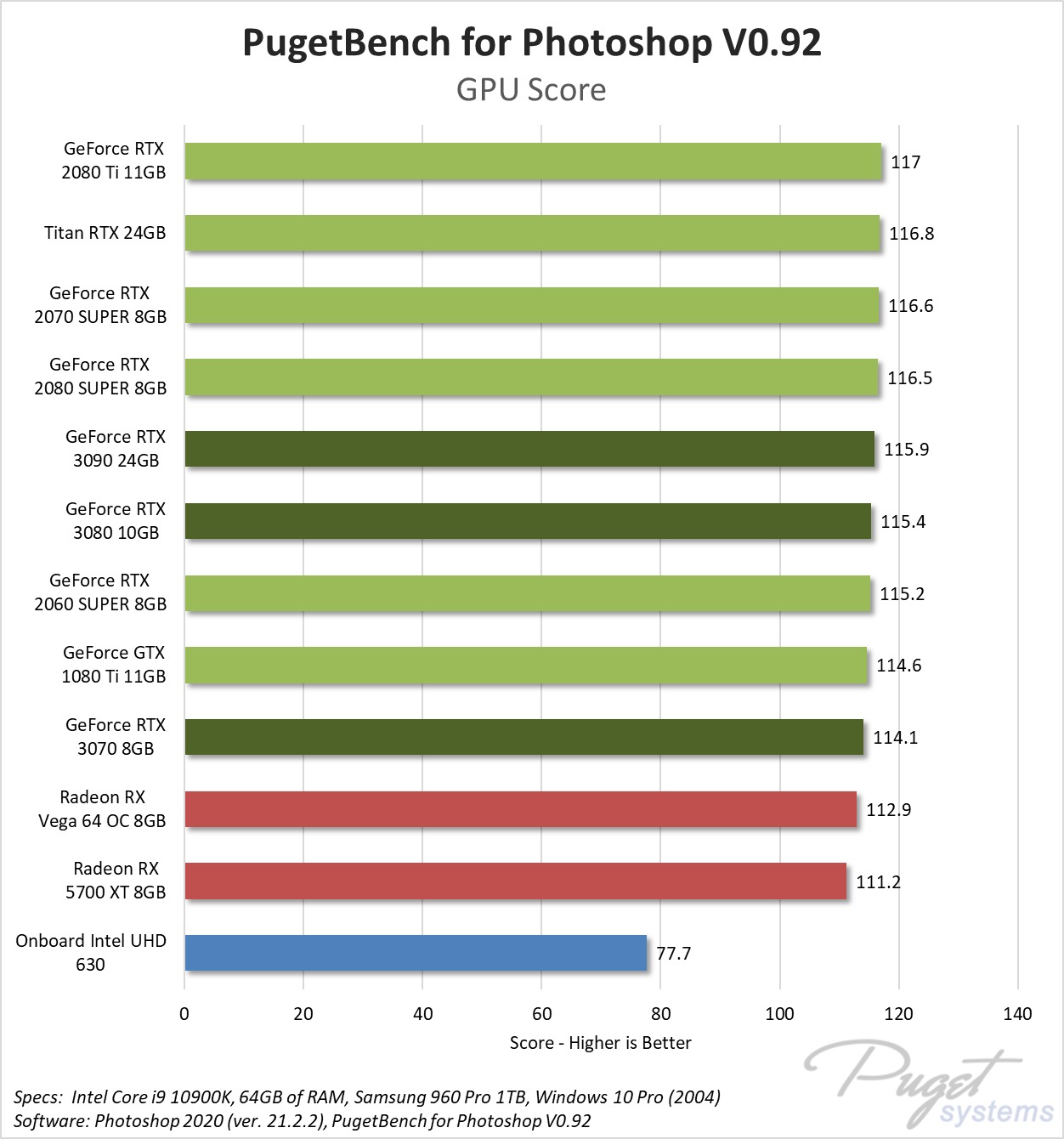 Unfortunately, even if we only look at these specific tests, there is still no meaningful difference between each of the discrete video cards. The only results that may be outside the margin of error are the AMD Radeon Vega 64 and 5700XT, but even those cards scored only ~5% lower than the fastest card, which is on the edge of what might be noticeable in day-to-day work.

Oddly, the new RTX 3070 did end up at the bottom of the stack for the NVIDIA cards, but the 1% difference in performance between it and the RTX 3080 is easily within the margin of error for this kind of testing. If we ran the benchmark a couple more times on each setup, those two cards could easily switch places.

No matter what, however, it is clear that utilizing a GPU results in a roughly 50% improvement in performance, which highlights why it is so important to have a supported GPU for Photoshop.

While the new NVIDIA GeForce RTX 3070 8GB, 3080 10GB and RTX 3090 24GB perform just fine in Photoshop, the GPU is a very low priority when designing a Photoshop workstation. It is very important to have a supported GPU, but all the cards we tested performed within the margin of error for our benchmark, so there is no reason to invest in a higher-end GPU for Photoshop.

As always, keep in mind that these results are strictly for Photoshop. If you have performance concerns for other applications in your workflow, we highly recommend checking out our Hardware Articles (you can filter by "Video Card") for the latest information on how a range of applications perform with the new RTX 3070, 3080 and 3090 GPUs, as well as with different CPUs and other hardware.