Skip to content
Always look at the date when you read an article. Some of the content in this article is most likely out of date, as it was written on October 3, 2018. For newer information, see our more recent articles.

July 29, 2019 – The Graphics card section is no longer relevant due to Nvidia updating its GeForce graphics card drivers to offer 30-bit (10-bit per channel) in OpenGL programs to match what was previously only available in their Quadro graphics card line.
Nvidia article on topic: https://www.nvidia.com/en-us/geforce/news/studio-driver/?ncid=so-twit-88958#cid=organicSocial_en-us_Twitter_NVIDIA_Studio

You will need to also have a workstation class graphics card (AMD Radeon Pro / Nvidia Quadro) in your system, and connect to a 10-bit monitor using a DisplayPort cable connection. 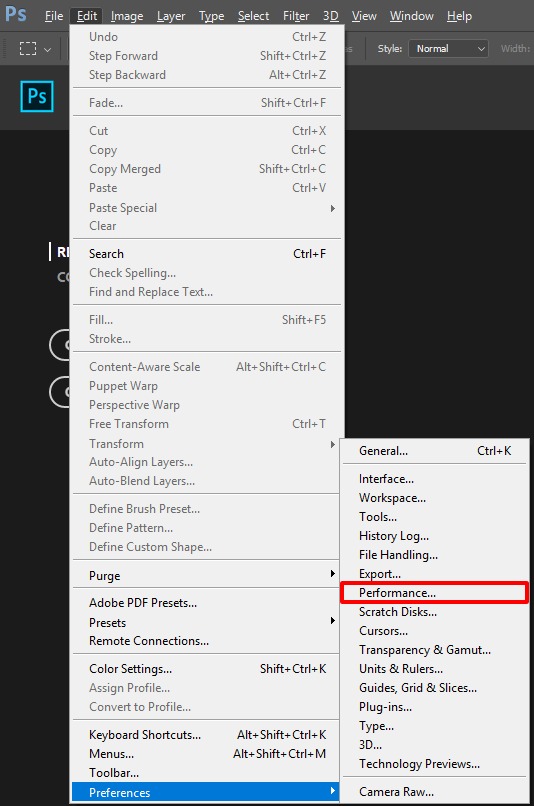 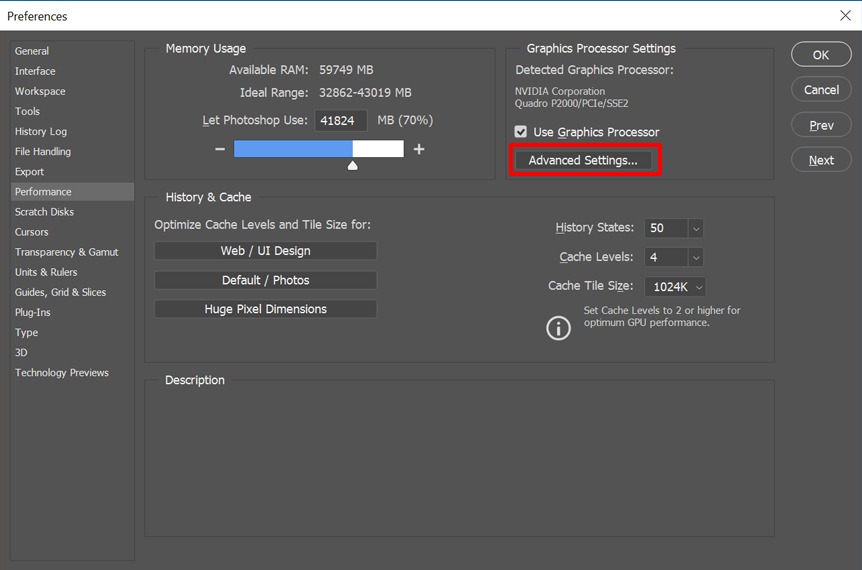 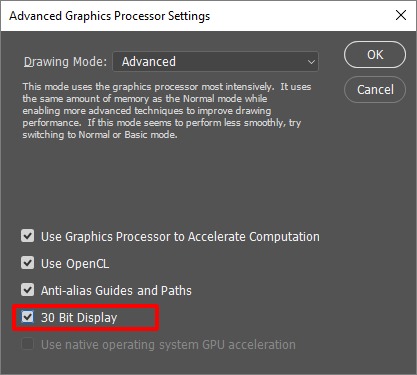 How to enable 30-bit in Lightroom

Unfortunately, Adobe Lightroom does not offer a full 10-bit per channel workflow support at this time.  However, you can make a feature request vote with Adobe at this link to have them include it in the future:
https://feedback.photoshop.com/photoshop_family/topics/add_10_bit_support_to_lightroom

How to enable 30-bit in After Effects

How to enable 30-bit in Premiere Pro

How to enable 30-bit in Illustrator

Unfortunately, Adobe Illustrator does not offer a full 10-bit per channel workflow support at this time.

As Nvidia itself notes regarding 10 bpc output:
"NVIDIA Geforce graphics cards have offered 10-bit per color out to a full screen Direct X surface since the Geforce 200 series GPUs. Due to the way most applications use traditional Windows API functions to create the application UI and viewport display, this method is not used for professional applications such as Adobe Premiere Pro and Adobe Photoshop. These programs use OpenGL 10-bit per color buffers which require an NVIDIA Quadro GPU with DisplayPort connector. A small number of monitors support 10-bit per color with Quadro graphics cards over DVI."

If you have other programs that would benefit from a consumer class AMD Radeon or Nvidia GeForce graphics card, or simply would like the price to performance these graphics cards offer in certain situations, there is a work-around to get 30-bit color in professional programs while using one of these cards by utilizing a 10-bit I/O add-on card, such as a Blackmagic Decklink card. These cards will provide a 10 bpc signal to a monitor. So it technically is possible to have an 8 bpc GeForce or Radeon graphics card in your system for general use, and also have one of the 10-bit I/O type of card to supply 10 bpc to a 10-bit screen. One thing to be aware of though is that the screen attached to the 10-bit I/O card will only supply an image of the photo during editing to the screen attached to this card. When not editing a photo / video, the screen will not display anything else. So after factoring in the cost of the additional 10-bit I/O card, and the fact it only outputs to the screen it is connected to while editing a photo or video, it may or may not be beneficial to go this route over simply getting a workstation class graphics card that can output all content to all screens in 10 bpc.

There are 10-bit monitors that have multiple inputs, and not all of those inputs will necessarily support 10-bit per channel. So please check with your individual monitor manufacturer specifications to see which input ports are 10-bit supported.

I hope this helps!