Skip to content
Always look at the date when you read an article. Some of the content in this article is most likely out of date, as it was written on December 30, 2016. For newer information, see our more recent articles.

At Puget Systems we record a huge amount of data from every system we sell including benchmarks, BIOS screenshots, thermal images, and system photos. In fact, much of this data is published on our website and can be accessed through our part information pages. Simply scroll to the bottom of a part information page and you can view this data from recent systems we built.

While this data is nice, one of the most important things we track is something we don't have publicly available at all times: the failure rates of individual components. Reliability is one of our primary goals, so this data invaluable for tracking both individual component, product line, and overall brand failure rates. With 2016 coming to a close, we thought we would run some reports and share what hardware we found to be the most reliable in the last year.

A reliable motherboard is essential in a high quality computer. Not only is a motherboard very difficult to swap out, but the effects of a poor quality motherboard can be far reaching and difficult to troubleshoot. This is complicated by the fact that motherboards are one of the most complex components in a computer. There are SATA, USB, fan, and network controllers as well as the physical ports, audio chips, and everything else that is needed to interconnect every component in your system. This is a huge number of delicate parts that have to work perfectly together and any one of these could potentially have a problem. If there is a single dead USB port, slight static over the audio, or the voltage levels are measured outside of norm, it does not meet our standards and is considered to have failed.

Because of this, motherboards have one of the highest overall failure rate of any core component with about 1 out of every 18 motherboards (5.5%) failing for one reason or another. This may seem like a high failure rate, but the silver lining is that nearly all of these failures we catch in-house before the system is shipped to the customer. In fact, motherboards as a whole only have a 1% failure rate (or one out of every 100) when you only look at issues that occurred in the field. 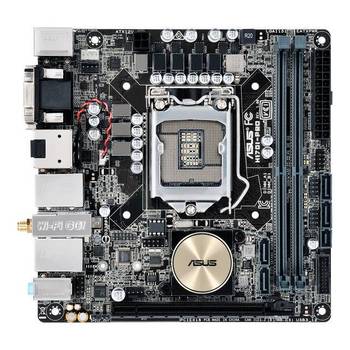 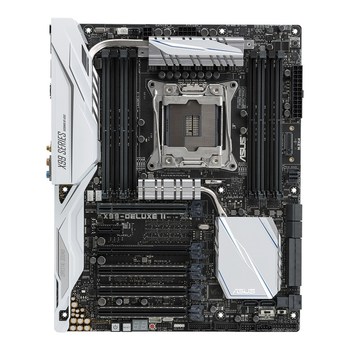 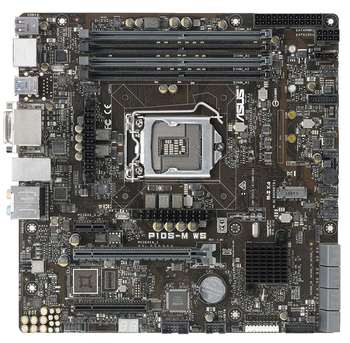 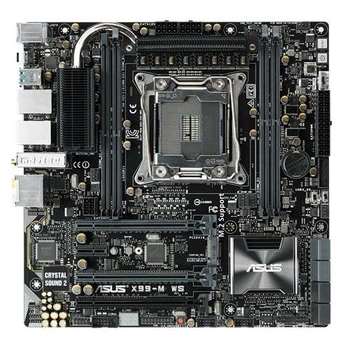 2016 was a bit of a rocky year for CPUs in terms of failure rate. Last year, we only saw an overall failure rate of .33%, but this year it jumped up to .76%. This is actually still very good, just not as good as it was last year. We did not sell enough AMD CPU/APUs in 2016 for us to make a call on their reliability, but for Intel CPUs we can give numbers divided up between all Intel CPUs, Core i3/i5/i7, and Xeon E3/E5:

One interesting thing to point out is that we saw less than half the failure rate with Intel Xeon CPUs versus the Intel Core i3/i5/i7 CPUs. Due to the jump in Core i3/i5/i7 failures compared to last year, we are going to make the call that if you want the most reliable CPU, we recommend using a Xeon CPU if possible. 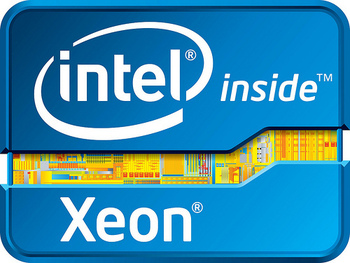 The brands and models of memory we offer in our workstations change based on a number of factors including reliability and availability, but in 2016 we primarily offered Crucial and Samsung RAM. Separating standard RAM from ECC and Reg. ECC RAM lets first take a look at the one model of standard RAM with no failures in 2016:

Interestingly, this exact model made our most reliable list last year as well which makes it extra good! We offer both 8GB and 16GB version of this stick as well, but unfortunately both of those models had a number of sticks that failed. They were still decent overall (and had very low field failure rates), but nothing like the Crucial 4GB stick.

ECC RAM (and REG ECC) is specifically designed to be reliable, and in 2016 it actually turned out to be about 4x more reliable than standard RAM (.2% vs .9%). Because of this, we had a number of different models that we sold a significant quantity of that had absolutely no failures.

Just like RAM, we typically only use a few brands of SSDs and hard drives that we historically know to be extremely reliable. In 2016 we sold primarily Samsung and Intel SSDs and the reliability for both brands was excellent. In fact, the failure rates were so low that instead of listing individual models we are simply going to list the failure rates for the two product lines we found to be exceedingly reliable in 2016: 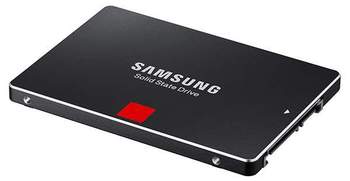 If you compare the two drive lines above to our list from last year, you will notice that it is much shorter. The Samsung 850 Pro line is still exceptional with no failures at all in 2016, but the 850 EVO is no longer on the list. The EVO line is still terrific with only a .26% failure rate, but solid state drives in general are so reliable that that is not all that uncommon. Also no longer on the list is the Intel 750 NVMe drives – these had a number of failures in the field this year which knocked them off.

Traditional platter drives – with all their moving parts – did not fare as well in 2016. In fact, the failure rates were high enough that we are not comfortable putting any models onto this list. We primarily offer WD Red, Gold, and RE drives and while none of these were terribly bad in terms of reliability (we wouldn't carry them if they were), at the same time they are not anything special. Platter drives as a whole had about a 1% failure rate overall, with more than half of the failures occurring in the field. So if reliability it a key concern for you, we recommend using an SSD if possible.

Like motherboards, video cards tend to have a bit higher failure rate than other hardware components. In addition, with the wide range of video cards we offer (including a mix of different brands), naming the most reliable model is a bit tough as we don't tend to sell incredibly large quantities of any one card. However, of the cards we sold enough of to have a good feel for their reliability, there are a few that stand out with no failures in 2016. In no particular order, these cards are: 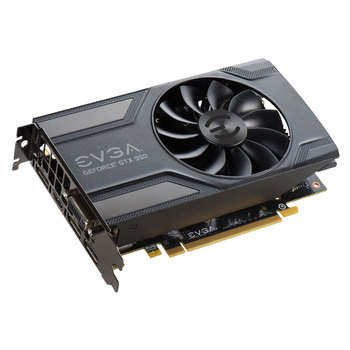 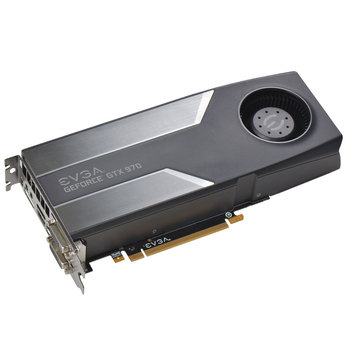 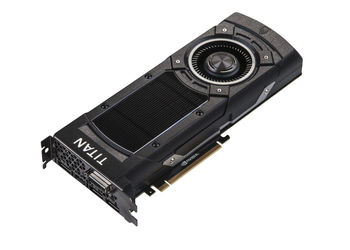 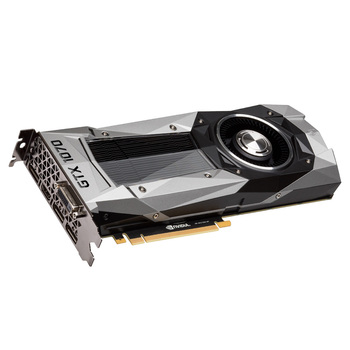 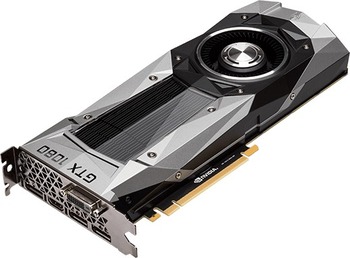 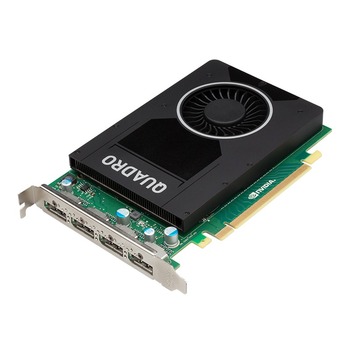 Video cards as a whole have a couple of interesting trends we also wanted to point out:

Out of all the power supplies we sold an appreciable amount of in 2016, there were two models that stood out as being extra reliable: 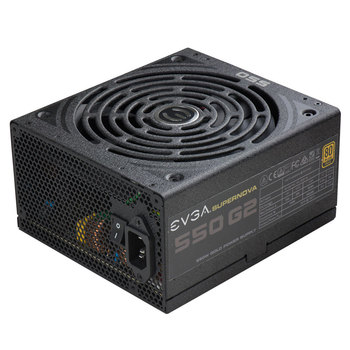 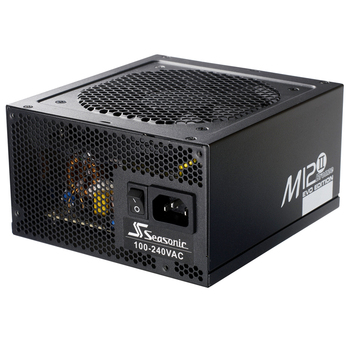 Oddly, both of the power supplies are relatively low wattage (for our workstations at least). We use very high quality power supplies from the most reliable manufacturers, but it is interesting to see that none of the higher wattage and higher efficiency power supplies made our list this year. In fact, compared to the 2.6% overall failure rate from 2015, power supplies as a whole increased to a 3.11% failure rate in 2016 (with less than half failing in the field).

So there you have it: the most reliable hardware we sold in 2016. While there is too much data to make many broad generalizations, there are a few trends we want to point out:

Keep in mind that if you purchase a system from us that includes parts not on this list, that does not mean you are at a significantly higher risk of your machine failing. Our internal testing catches the majority of problems before we ship the system so if anything this list is more about the parts that make the production process smoother for us than parts that our customers should specifically use in their systems.

This wraps up the most reliable hardware of 2016. Overall, it was a great year for reliability at Puget Systems with just the normal shifts in reliability as new products and technologies come out. We saw some small increases in failure rates compared to 2015, but the majority of those failures were found in-house. As a whole, hardware appears to be pretty stable in terms of reliability without a significant shift in any direction.