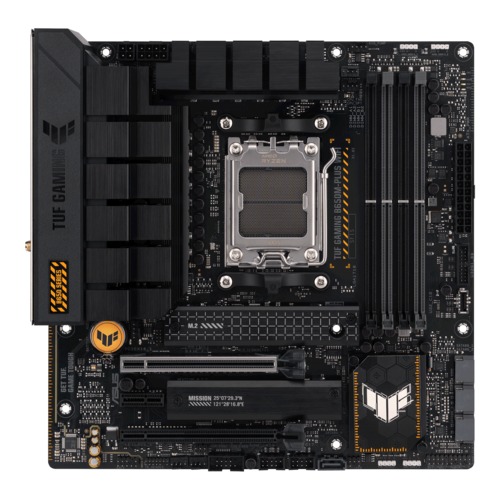 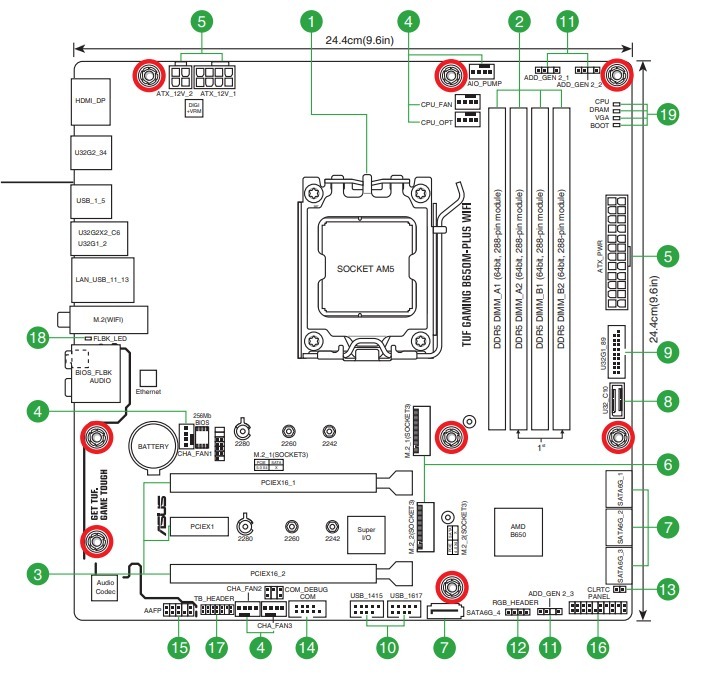 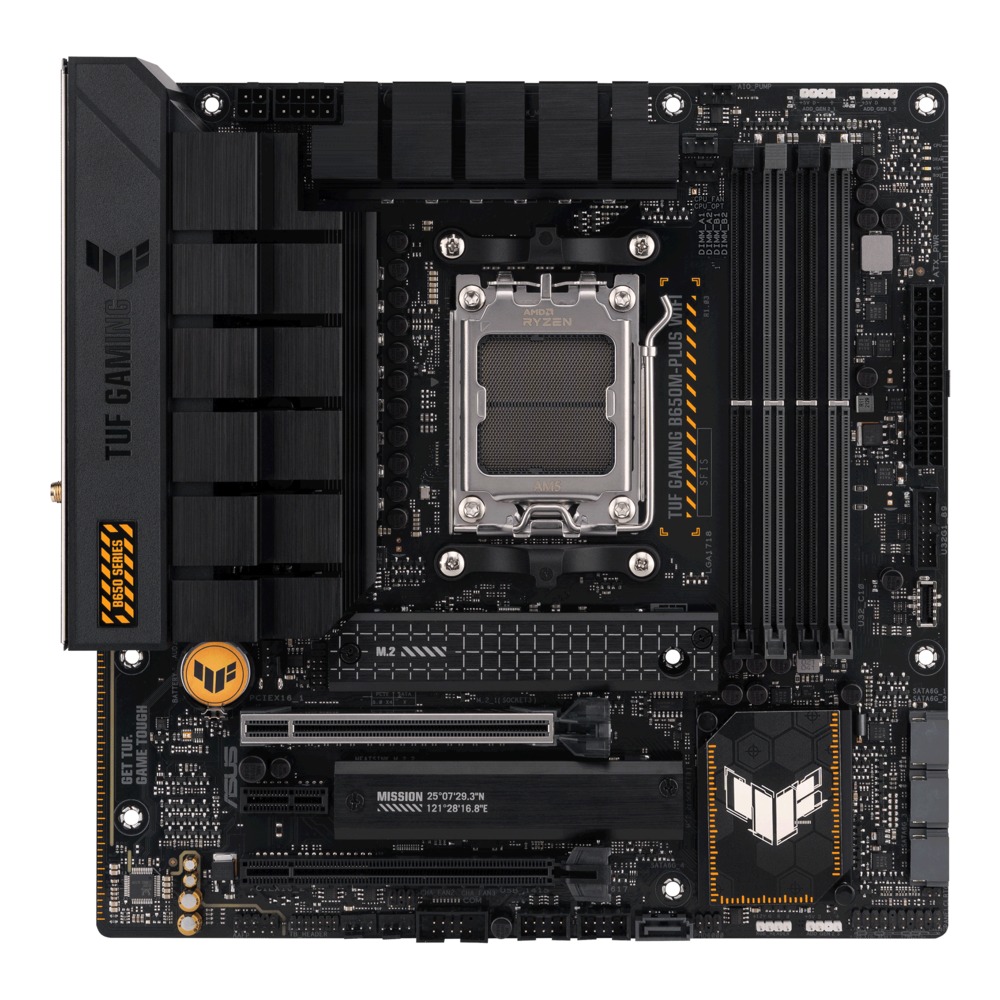 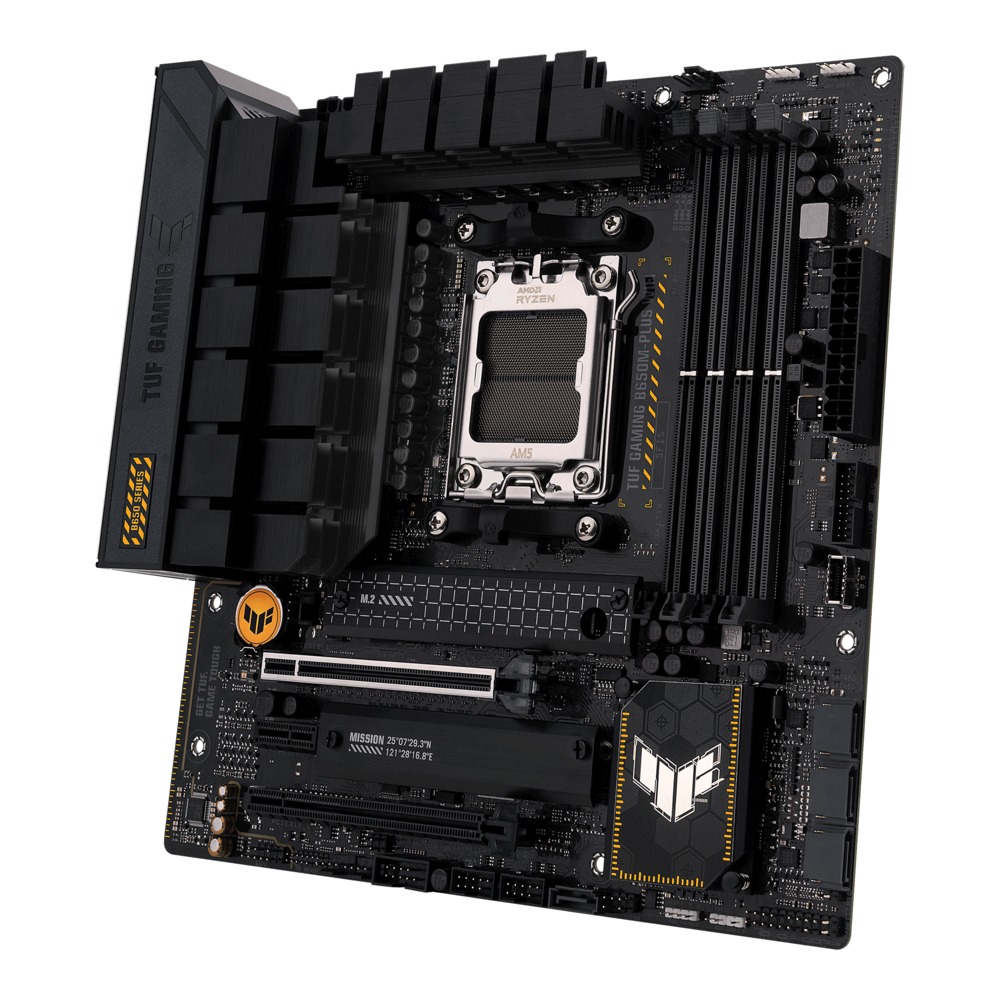 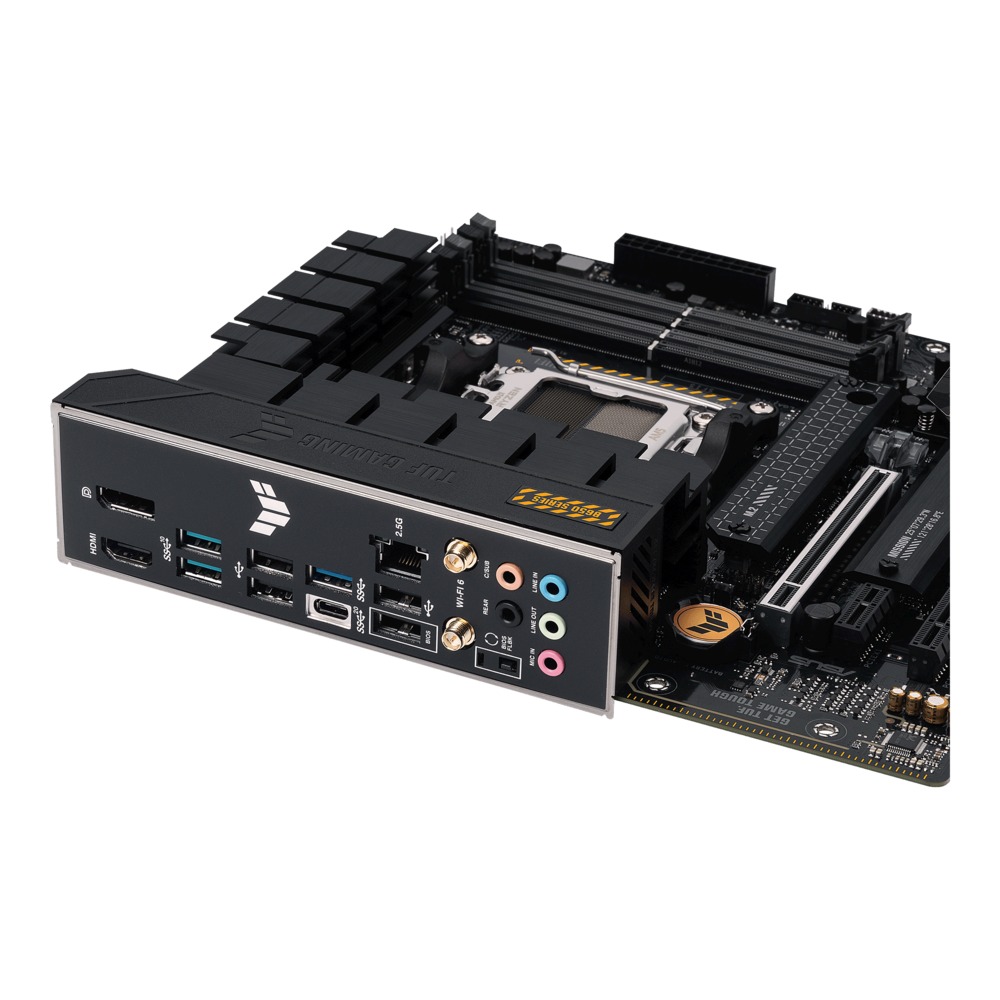 Previous Next
The ASUS TUF B650M-PLUS is a compact, micro ATX motherboard for AMD's new AM5 socket and Ryzen 7000 Series processors. It sacrifices some of the expansion capacity that a larger motherboard can offer, but still supports up to 128GB of DDR5 memory and multiple SATA and M.2 drives. Three PCI-Express 4.0 slots are also present, supporting one expansion card each at x16, x4, and x1 lanes.

For external connectivity, this board has 7.1 surround analog audio outputs, 2.5Gb Ethernet, WiFi 6, Bluetooth 5.2, and eight USB ports of varying speeds (including one Type C). There are also HDMI and DisplayPort outputs for use with the graphics built into AMD's Ryzen processors, though most users will want to add a dedicated video card for improved performance.