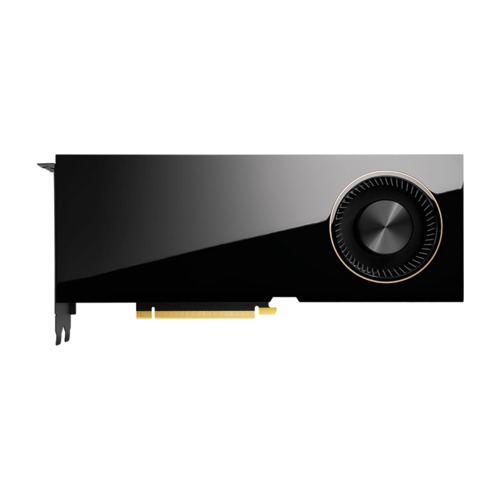 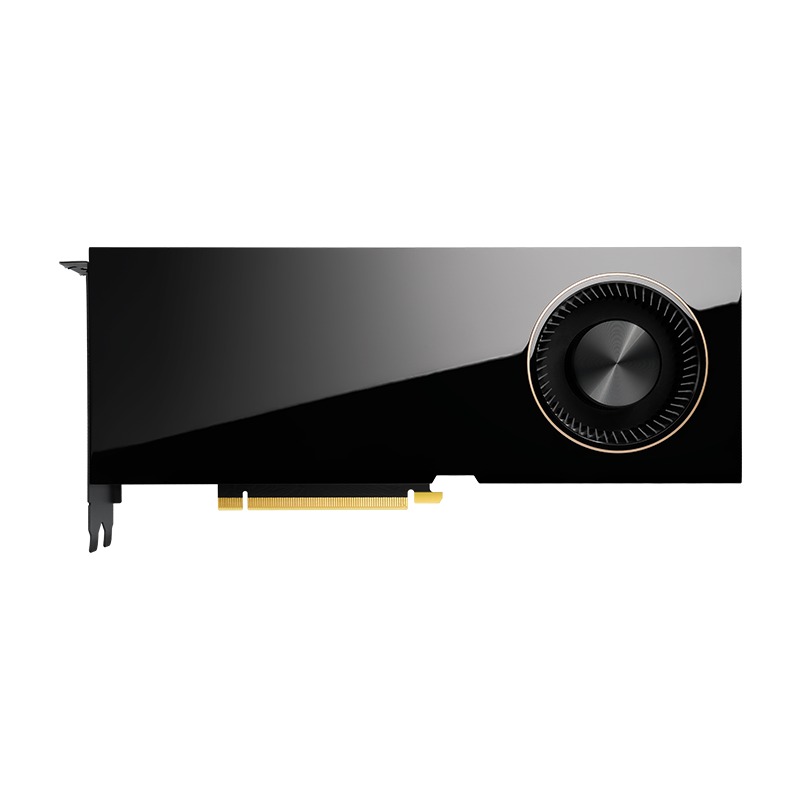 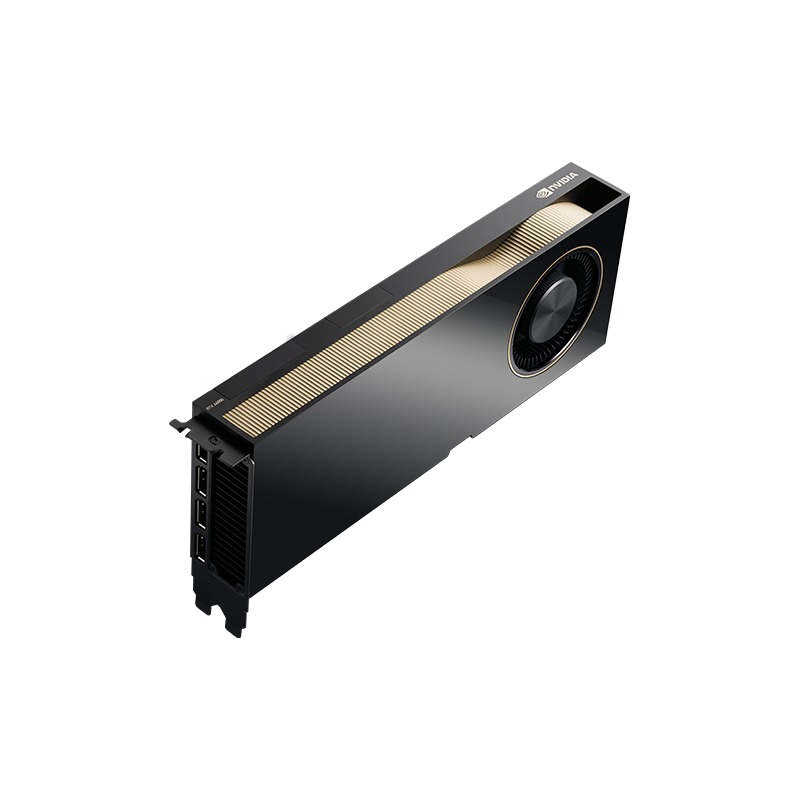 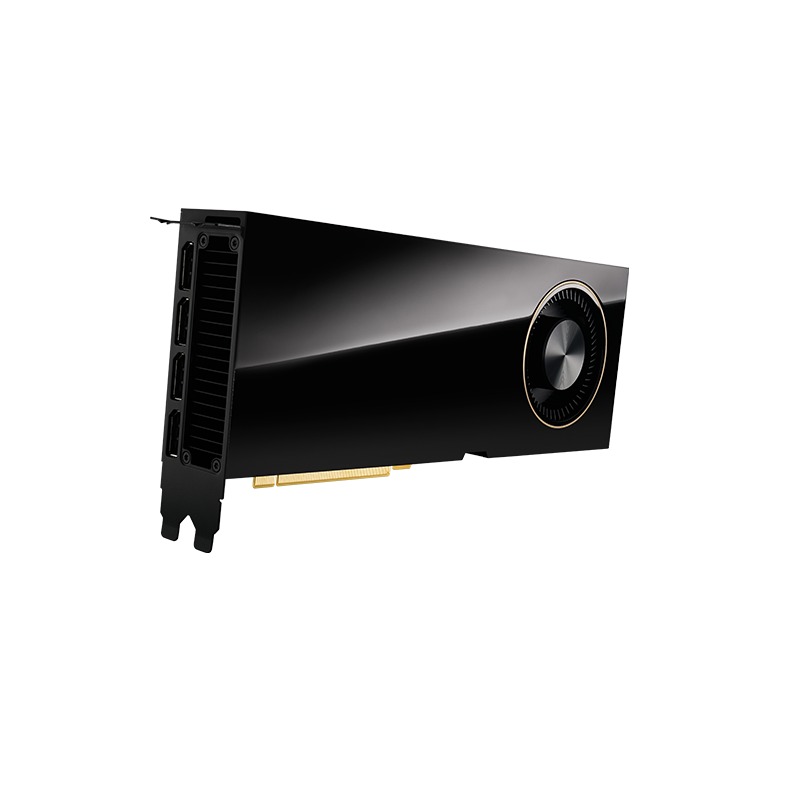 Previous Next
The RTX A6000 is the first Ampere-based workstation graphics card from NVIDIA. It offers raw performance similar to the more mainstream GeForce RTX 3090, but with a focus on support for professional applications and double the onboard VRAM (48GB). As with most workstation GPUs, like NVIDIA's former Quadro series, the single-fan cooler on the A6000 is ideally suited for use in multi-GPU systems - but noisier, especially under load, than most multi-fan consumer video cards.

In addition to extreme performance for professional 3D applications, the RTX A6000 also supports four DisplayPort monitors at up to 4K resolution (or two at 8K) at the same time. Adapters to HDMI and DVI are also included, one of each type, for those who need to use a screen that lacks direct DisplayPort input; additional adapters can be purchased separately.