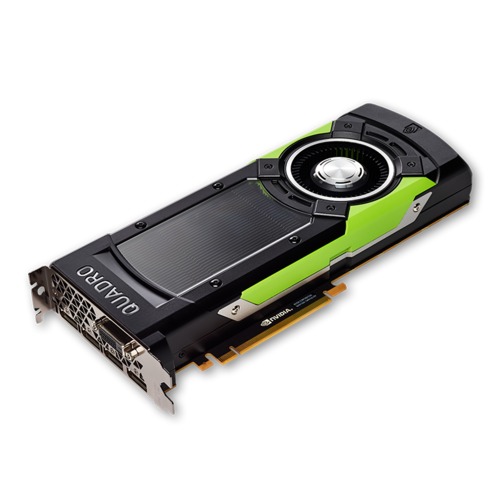 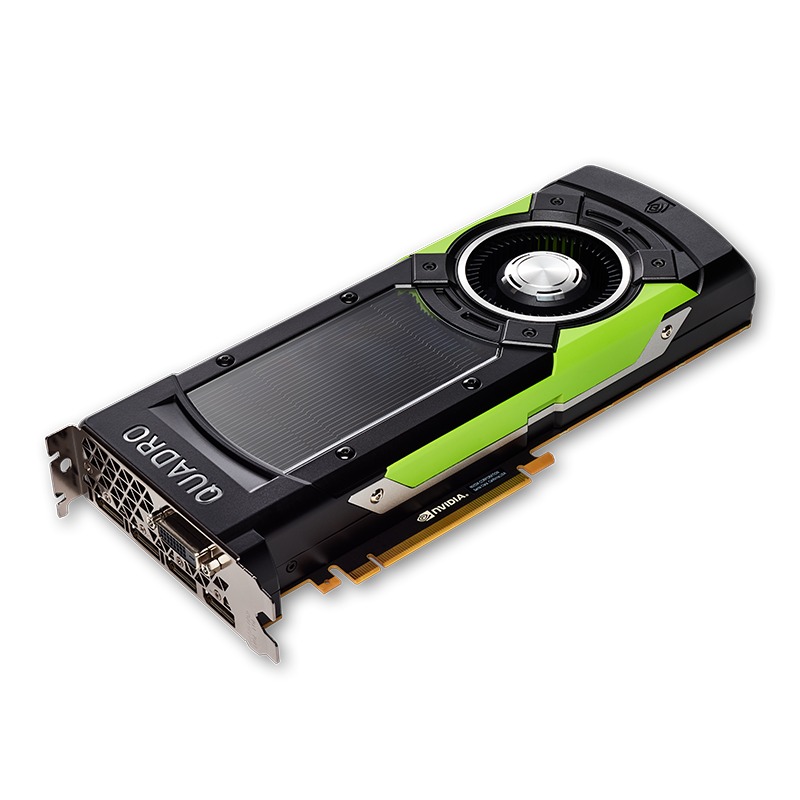 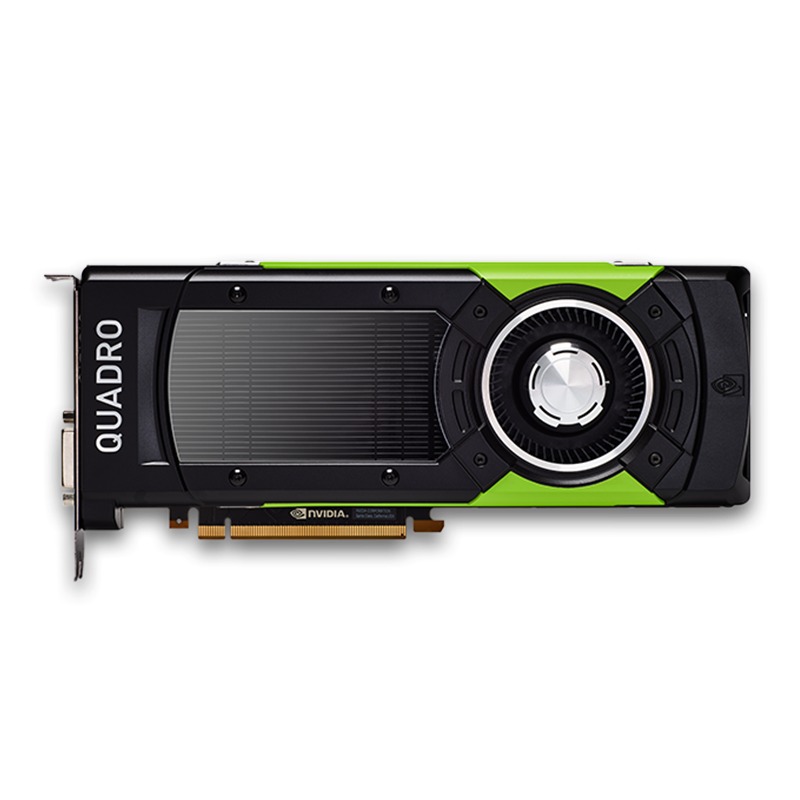 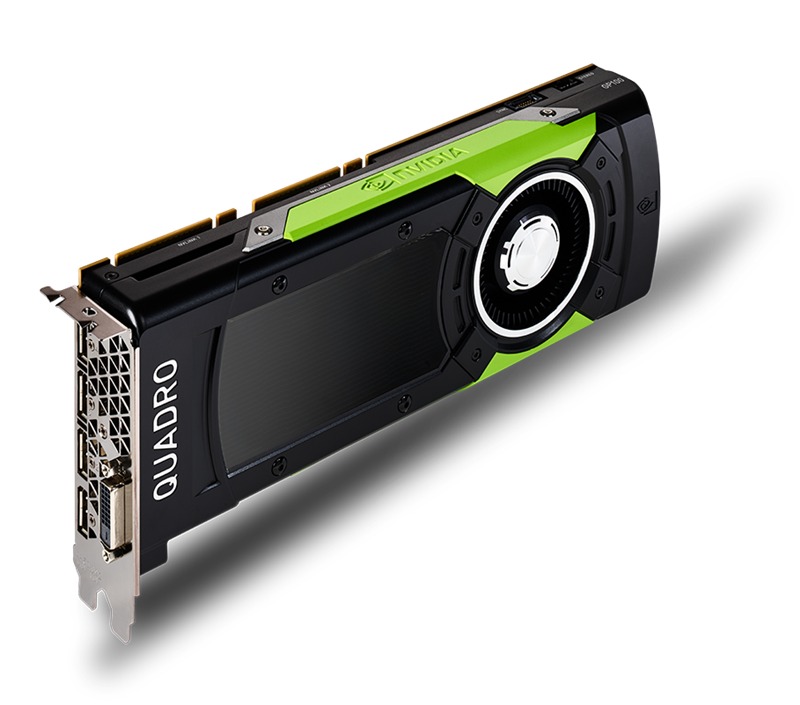 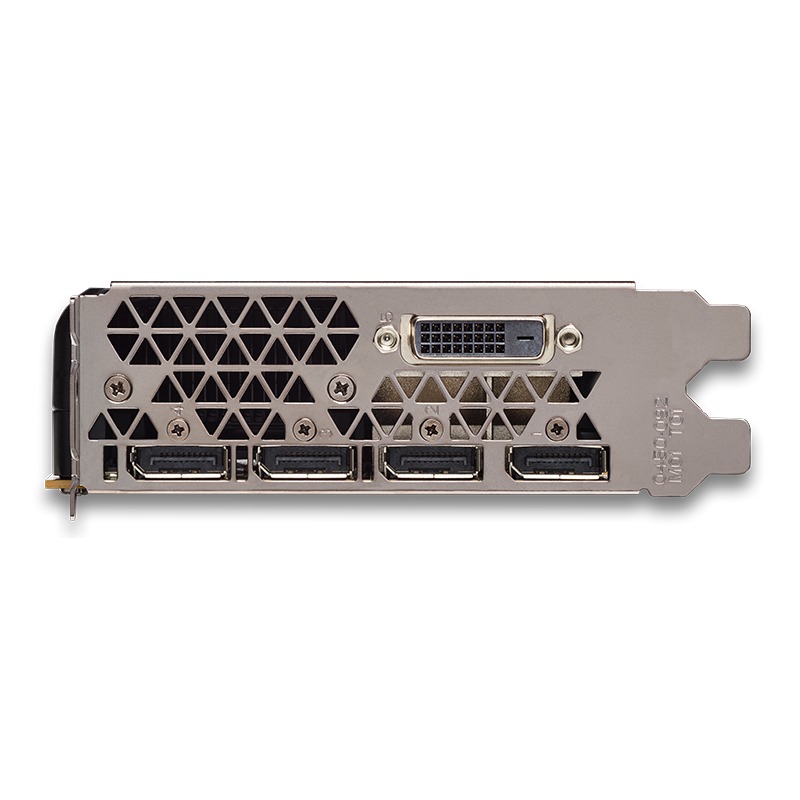 Previous Next
The NVIDIA Quadro GP100 is the first of its kind of video card: effectively a Tesla P100 but with graphics output capabilities. That is why it is included under the Quadro banner, but even the model number conveys its relation to the Tesla line. Unlike other current Quadro cards, the GP100 has unhindered double-precision floating point performance (FP64) - 5 Tflops! - as well as half precision (FP16) and integer modes.

The GP100 has 16GB of high bandwidth memory (HBM), offering a staggering 720GB/s of bandwidth. It also includes NVIDIA's new NVLINK technology so that if you use two GP100 cards they can communicate directly with each other in a much faster way than PCI-Express or SLI allow. For video output, the GP100 has one DVI and four DisplayPort connections. Despite having five outputs, the maximum number of supported displays is four like most other Pascal based cards.