This is going to be an unusual blog post, because I'm going to try and talk you out of one of our most impressive (and expensive) products. This isn't the sort of thing you'd normally see on a commercial website, but I guess we're not your normal commercial blog either. Today I'm going to try and convince you that you don't need a fully liquid cooled system.

I've been with Puget Systems for about 10 years, and I've seen pretty much every kind of system cooling under the sun. When I refer to a “fully liquid cooled system”, I mean a system with a dedicated radiator and pump which cool multiple points within the system (usually CPU and video cards, and sometimes the chipset or other parts too). 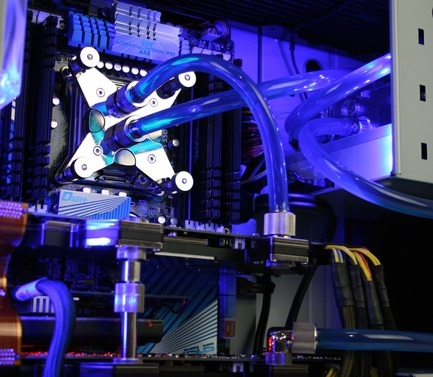 When I consider the various reasons that someone is usually interested in a liquid cooled system, they generally boil down to two categories:
Cooling Performance
This includes people looking to keep their system extra cool, people who want to overclock, and people who are packing so much hardware into the computer that you need liquid cooling to reach it all.
It looks really flippin' cool
It's the hot rod of PC building – it looks really cool and all your friends will be jealous. It might not be very practical, but that's not the point. Pompadours aren't very practical, but that never stopped Elvis, did it? 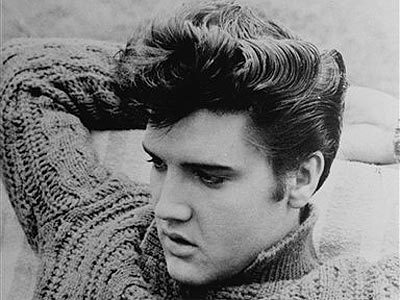 Seriously, look at that thing!

To start, let's cover the drawbacks of a fully liquid cooled system.

The first, and the most important, is just the additional risk of failure in the system. A liquid cooled computer is far more complex than your standard air-cooled system. You still have all the traditional points of failure, such as a video card failing, or a stick of memory going bad, but you now add in a dozen or so additional failure points in hoses, barbs, radiators, waterblocks, pumps, and everything else. Some people think that liquid cooling (and lower temperatures) will improve the stability of a system, but our numbers suggest otherwise. Our most stable systems use the tried-and-true K.I.S.S. (Keep It Simple, Stupid!) philosophy.
Another major drawback is the complexity of the repair work if something goes wrong. In an air-cooled system if your video card should happen to die (and trust me, these things can happen), the fix is simply swapping in a new one and maybe reinstalling drivers. In a liquid cooled system, you have all the hassles of replacing a card that's part of the liquid cooling loop. This often means draining the whole system, or using some hose clamps, and a host of other concerns that most people wouldn't want to deal with. In fact, it's hard to find a local computer shop with a lot of hands-on experience with liquid cooling. In these cases, a little problem can become a major problem in a hurry.
There's other pitfalls too. Liquid cooled systems require maintenance, you may have to periodically top-off the fluid levels. They're extremely heavy, and much more difficult to ship safely. (Tip: If you ever need to ship a liquid cooled system for any reason, it's often a good idea to drain the fluid first and then refill it on the other end of the trip).
It's also worth noting that a liquid cooled system is a fair bit louder than most of our systems. That might seem counter-intuitive, but think about it this way: A well designed system has smart paths for airflow, with several fans and baffles guiding the cool air over hot components. In a liquid cooled system, you take all that heat and funnel it through a single radiator, with only 2 or 3 fans to cool the whole thing, so these radiator fans have to work a lot faster to move off all that heat. Add in the noise of the pump, cavitation noise and the turbulent flow of water through the various parts, and it's simply louder than a system we could build with traditional cooling methods.

If you're trying to figure out whether or not you need the cooling performance of a liquid cooled system, I'd start with these two questions:

If you answered no to both of those questions, then you probably don't need liquid cooling.
Everyone assumes that liquid cooling has better performance than air cooling. Why else would it be so expensive, right? It's true that liquid cooled setups are very efficient. However, the important point is that the extra cooling potential is often wasted.
I don't need a car that can go 200mph if I only drive it on roads with a 60mph speed limit, I don't need a 24oz coffee cup if I've only got a double shot of espresso, and I definitely don't need a ton of extra cooling potential if a normal set of cooling fans will keep everything at safe levels.
With a few exceptions, modern hardware has gotten more efficient and less hot in recent years. Even if you're building an ultra-high end rig with the latest processors, a zillion gigs of RAM and multiple video cards, we can cool all that sufficiently without needing liquid cooling. Furthermore, the safeguards on modern hardware overheating have all improved in recent years, so even if it somehow overheated your system is probably just going to turn itself off and not damage anything.
I've pulled data on two different builds of ours from the same time period last summer. They're nearly identical, using extremely high end hardware.

The major difference is that one system is built in the Antech P193 Chassis with our Performance Liquid Cooling Package, while the other is built using the Antec Nine Hundred Two Chassis using fan based cooling and a closed-loop CPU cooler. Both are overclocked to the same degree, and here's the temperature results from our benchmarking process:

This data supports my argument that even with modern, high-end, overclocked hardware, liquid cooling is not necessary to sufficiently cool a well-designed system.

No doubt, a fully liquid cooled system can be pretty darn sexy. Ultimately, if that's why you end up buying a liquid cooled system, that's just fine. But you should, at some point, stop and ask yourself whether or not the additional cost, higher failure rate, and everything else, is worth it.

I'll give you a personal example. I really want to buy myself a early-60's Lincoln Continental convertible. Leather interior, check. Suicide doors, check. Massive repair and maintenance costs? Check. Let's be honest though – I live in rainy Seattle, and there's no way I'm going to buy a soft-top convertible when I'd only get to use it twice a year. Still, that doesn't stop me from window-shopping from time to time. 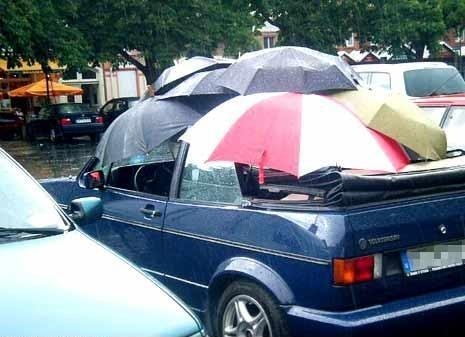 This would be me.


I think that cars actually make a pretty good analogy for computers. They're both costly semi-necessities which cover the spectrum from inexpensive-and-practical to ridiculous-and-expensive.

Here's something to consider though: any time you see a list of average repair and maintenance costs in the car industry, you'll generally find that the 10 least expensive cars to own have names like Honda, Hyundai, Kia and Mazda. The 10 most expensive cards to own have names like Jaguar, Audi, BMW and Mercedes-Benz. Those luxury brand cars are totally awesome, and obviously people love them, but those owners need to be prepared for an extra level of complication and expense if something goes wrong. That same lesson holds true for someone who decides to spend a lot on a great looking liquid cooled system purely for aesthetics and bragging rights.

Okay, I'm done telling you what not to buy. I wanted to wrap this thing up by recommending a compelling alternative instead. I'm talking about “closed loop liquid cooling” (which I'll henceforth shorten to CLLC). This is a self-contained liquid cooling device designed to cool only your CPU. Here's an example: 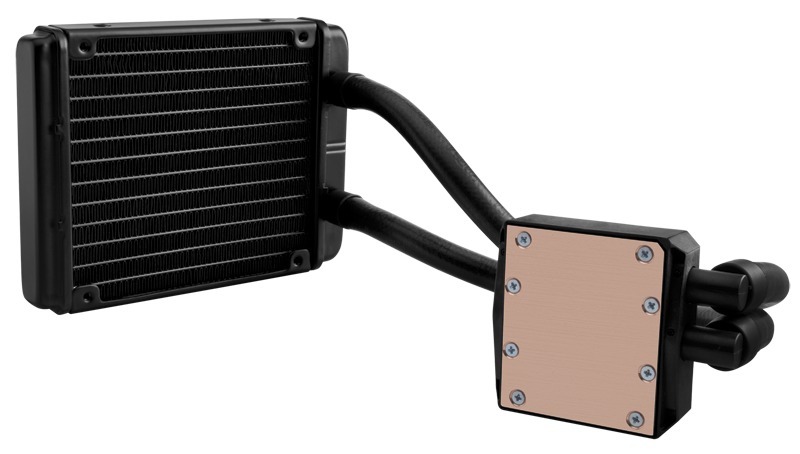 Unlike a fully-liquid cooled solution, I wholly recommend one of these devices. Let's look at some of the problems a traditional liquid cooling setup has, and compare them to a CLLC unit:

To me, that's a pretty strong argument. Unless you're buying a fully liquid cooled setup because you desperately want that hot-rod, these closed-loop systems are the way to go. You'll save yourself a chunk of change on the hardware, a little more on shipping costs, and maybe you'll avoid a major headache down the road.
Tags: Advice, Liquid Cooling