Here are Puget Systems our product qualification team is constantly looking at new components to make our workstations better. Many are obvious: new CPU launches from Intel and AMD, video cards from NVIDIA, etc - but sometimes it comes down to something as mundane as a new CPU heatsink design. Noctua recently released their NH-U12A, which is similar in size to the NH-U12S and NH-U12DX i4 we have been using in many of our builds... but actually is more than it seems, in multiple ways. This blog post is an inside look at how we evaluated this new cooler, and how it will change the systems we build going forward.

The NH-U12DX i4 is the same heatsink and fan as the NH-U12S, just with a different mounting mechanism pre-installed for use with Intel's Socket 2011 processors. The NH-U12S even includes that mounting, making me wonder why Noctua bothered with two different product SKUs for the same heatsink. Whatever their reasoning, we have been using both of these cooling systems on many of our workstations for some time now, with great results. For the rest of this article, I will use the NH-U12S name to refer to both of these models in order to keep things simple.

Here are pictures and specs comparing the NH-U12S to the newer (and more expensive) NH-U12A.: 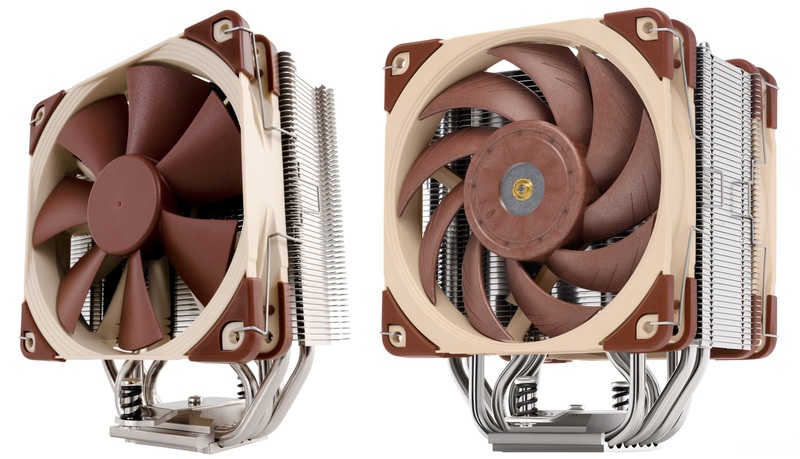 At first they don't look all that different. The most obvious thing is the NH-U12A's second fan - but beyond that the height and width are identical, the mounting and fan retention mechanism looks the same, both feature a lot of heatpipes, etc. Looking more closely at the specs, though, there are a few key differences:

Those upgrades made this new cooler look appealing on paper, but of course we had to get one in and try it out to know for sure if it would find a home in our product line. What we discovered through our in-house testing was just as interesting.

When evaluating the NH-U12A for use in our systems, we tried to test-fit it on the hottest CPU we'd consider using it on: Intel's Core i9 10980XE. In doing so, we discovered that the wider heatsink plus second fan meant that it covered some of the RAM slots on X299-based motherboards. That is not ideal, since it would make accessing part of the system memory very difficult if a customer wanted to upgrade or even just needed to reseat the memory (a common troubleshooting step).

This led us to a three-way performance comparison: the existing NH-U12S we use, the NH-U12A with its pair of fans, and the NH-U12A with just one fan (the "front" one that pushes air through the fins, with the "rear" pull fan removed). We ran our production benchmark suite with each configuration and tracked CPU (Core i9 10980XE - red) and GPU (GeForce RTX 2080 Ti - green) temperatures: 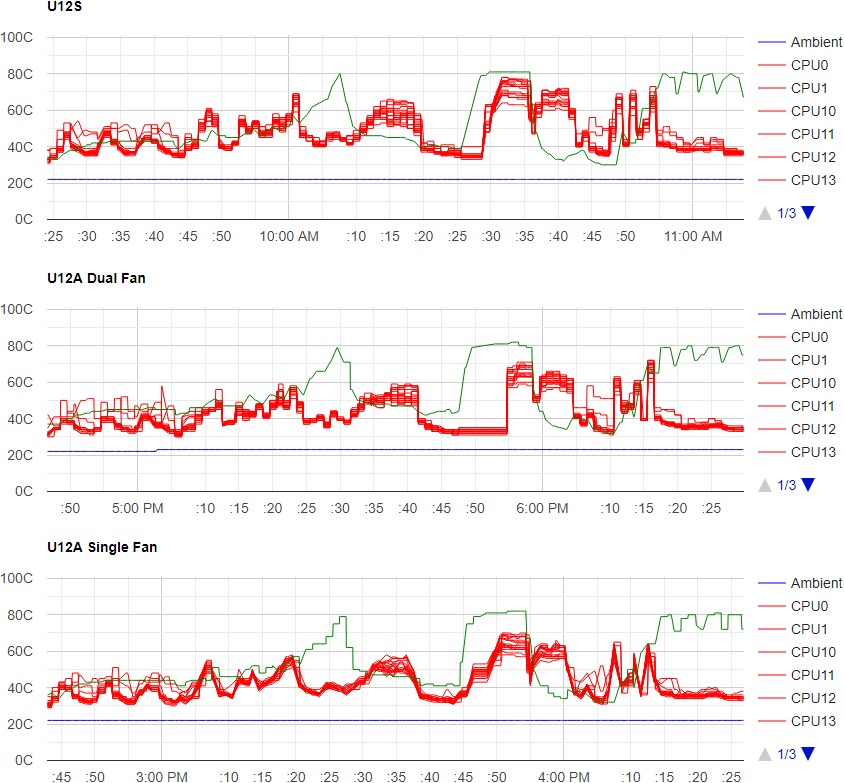 The NH-U12A clearly out-performs the NH-U12S when it comes to cooling, with a drop of roughly 5-10° C under load. That is great, as it provides more headroom for hot-running processors like the i9 10980XE and 10900K. It will also help CPUs stay cool in the face of increased system temperatures from other components - like NVIDIA's new GeForce RTX 30 Series, which vent heat straight up toward the CPU fan's intake.

Interestingly, removing the second fan from the NH-U12A had almost no impact on temperatures. The ambient air temp in our facility did increase 1° C near the start of the dual-fan test, which may have affected the results a little, but even if we imagine those results being one degree cooler it would still be just about the same. It seems to me that the dual-fan configuration might cool off slightly faster when load on the CPU is reduced, but maximum temperatures are pretty much identical. Since the fan speeds are motherboard-controlled, and based on CPU temperatures, that also means the single fan is running at effectively the same RPM as the dual-fan setup.

Based on the results above, we have decided that the Noctua NH-U12A is a worthwhile upgrade for our workstations - so we will be carrying it in place of the NH-U12S soon. However, we will be sourcing it directly from Noctua with only one fan for several reasons:

Even with just one fan, the NH-U12A is a solid cooler which will reduce CPU temperatures while maintaining low noise levels.

And to help avoid confusion, hopefully, we will refer to the single-fan version we carry as the NH-U12AP - the Puget Systems edition! 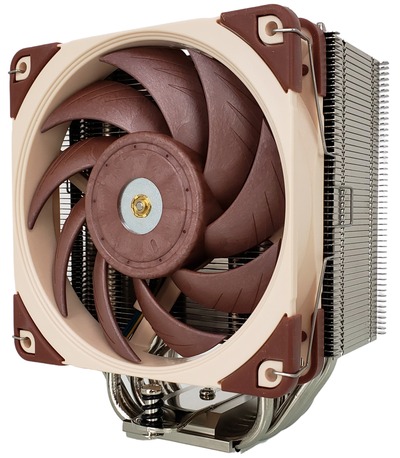