I’m an avid gamer. It’s one of the things I love to do to pass the time late in my evenings after a good, solid bike ride out in the sun. One of the occasionally-hot topics of discussion at Puget with my friends here is which platform is the best one to game on. I firmly believe in playing on whatever platform you want to, and I think there are advantages to each. I’ll try to touch on some of these! 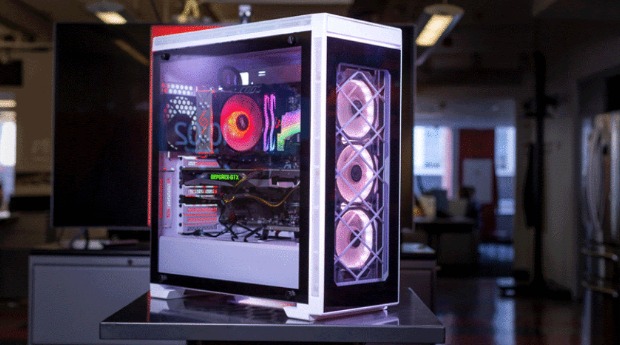 Long story short, A good PC that plays games at 4K will easily cost you more than $3000, if you round up the cheapest parts you can find. Xbox/PlayStation/Nintendo Switch all have consoles in the $300 range. Not to mention, console gaming is much more cost-effective for families.

Parental restrictions are FAR easier to accomplish on a console than on a PC. With a PC, I couldn't find a single babysitting application for younger kids on the web. Otherwise, you’d have to lock out websites manually. I did write an article about setting up parental controls here.

Game sharing is a breeze on consoles, compared to PC. On consoles, you pick your “Home Console” and any purchases are shared to all other users on that console. So, when my children were small, I had just the two consoles: mine, and theirs, and I could always play my own games on my secondary console, and all of my purchases shared to the “Main” console, and I only ever had to make the digital purchase once to share it to my two young children. On PC, you have to build/maintain a second, or third PC, and set up sharing within Steam, while the other stores (Epic, Origin, UPlay, etc) don’t support sharing your library at all. For larger families, consoles are the way to go financially (in my humble opinion).

On PC, however, there are just some games that don’t translate as well to consoles. MMORPGs are one genre that are lacking on consoles. There are only a few highly-recommended MMOs out there in general, and only one Console MMO that feels like a PC MMO, and that’s Final Fantasy XIV on Playstation 4. I believe that the other console MMOs (all are Free-to-Play) lack in comparison to World of Warcraft, Rift, Guild Wars 2, EVE Online, Runescape, or Star Wars: ToR. Final Fantasy XIV feels like the only PC-level MMO on console. RTS games like Command & Conquer, Total War, Starcraft 2, Warcraft 3, & Endless Legend have simply not been ported to consoles, because of the limited input options on consoles, when a Keyboard+Mouse is needed.

Honestly, the pros and cons of PC vs Console are different enough that it’s hard to say one is better than the other. Hopefully I’ve shared enough insight to help you make a choice! Come talk to us if you want to put together a gaming rig!