Always look at the date when you read a hardware article. Some of the content in this article is most likely out of date, as it was written on March 11, 2009. For newer information, see our more recent articles. 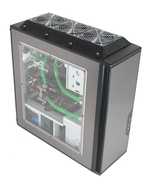 As a custom computer builder, we get a lot of people asking for help designing high-end computers. Many times they are for media editing, stock trading, or research - but one of the most common uses of such powerful systems is video games. Given how much interest there is in gaming computers, I wanted to provide a guide for how to select what components to use in a modern gaming computer. There are lots of review sites that talk about specific hardware recommendations, but those are outdated quickly - so this article will focus more on the ideas behind the various parts of a custom gaming computer and what you need to take into consideration when building or purchasing one.

The main components in a computer that affect gaming performance are the RAM, CPU and video card (not necessarily in that order) - balancing those three items, and making sure each are sufficient for the sorts of games you plan to play, is crucial.

The term "RAM" stands for Random Access Memory and is often referred to as simply 'memory', though some may confuse that term with hard drive storage space. RAM's role in a computer is similar to human short-term memory: it stores the data that the computer is currently working on, including parts of the operating system, currently open applications, files being edited, etc. For gaming purposes, one wants to have enough RAM that the game you are playing and any other programs you want to run at the same time can fit in the memory without needing to be paged out the the hard drive. Paging is what happens when there isn't enough physical RAM for everything open at once to fit: the operating system looks at what is in memory and tries to move the parts it thinks are least likely to be accessed to the hard drive. If that happens with a part of the game you are playing then things can slow down dramatically, and if you want to alt-tab over to a web browser and look something up it can take a lot longer if the data for that browser window got paged to the hard drive. Thankfully memory keeps coming down in price, so getting enough shouldn't be a problem. I recommend 4 - 8GB right now (2009), but in order to fully use that much you also have to be running a 64-bit operating system. That is another topic entirely, and if you are curious more info can be found here.

Memory speed is also something to consider, though much less important than having enough RAM. There are four factors that go into the "speed" of memory:

1) Memory type - DDR (double data rate), DDR2, DDR3, etc. Each new standard allows for higher bandwidth, discussed next, but usually at the cost of higher latency (the third factor). There are also other improvements made with each generation, though, which can contribute to better performance.

2) Bandwidth, measured in MB/s (PC2-6400, as an example, theoretically provides 6400MB/s) or MHz (PC2-6400 is also known as DDR2-800, for 800MHz). The more bandwidth there is the more total memory can be moved around per second, which can help with gaming - but since all memory today is high-speed in this regard it doesn't make a massive difference.

3) Latency, measured in clock cycles. This will sometimes be broken out into several specs, like 4-4-4-8, or often just shortened to one - like CL4 (CAS Latency 4). Lower latency means that when a bit of data is requested it takes less time to find it, which translates to slightly faster overall performance.

4) Memory controller technology also has a big effect on performance, but it does not lie in the memory modules themselves. The memory controller is the circuitry that keeps track of where things are and moves memory around to the places that need it (in very basic terms). It adds to latency depending on how efficient it is, and can support things like multi-channel memory access. Dual and triple-channel memory configurations improve performance by effectively doubling or tripling the maximum bandwidth, but as alluded to in the section above once you hit a certain point additional bandwidth doesn't help with gaming computers. As a side note this is why memory is best added in pairs or sets of three, depending on the number of channels being used. 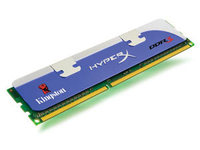 A bigger factor to consider with memory controllers is their location. Traditionally memory controllers were a part of the chipset, so when the processor needed to access data it had to tell the chipset which in turn would find the correct spot in memory and then transmit it back to the CPU. To make that path more direct memory controllers are moving to the CPU itself on many newer platforms. AMD was the first to do that, and all of their processors from the past couple of years have incorporated such technology. With the Core i7 Intel adopted this approach as well - and further designs based off that chip should also have integrated memory controllers. Making a purchasing decision solely on the placement of the memory controller is probably not a good idea, but it is something to consider when looking at a gaming computer as a whole.