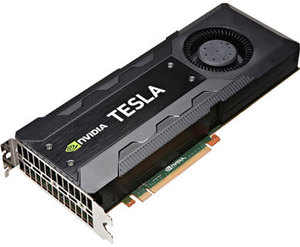 The GPU Starter DevKit with OpenACC is a personal supercomputer built for developers looking to supercharge the performance of your C/C++/Fortran application with GPUs.  Powered by an NVIDIA® Tesla® K20 GPU Accelerator and PGI Accelerator™ compilers with OpenACC, the GPU Starter DevKit lets you leverage OpenACC to do the hard work, so you can accelerate applications on the GPU with minimal code change.  The Starter DevKit has everything you need for a fast and easy on-ramp to GPU computing—all for under $5,000. 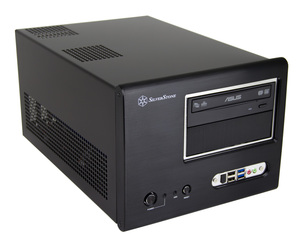 Under $5000 for Educational Customers!

Fast and Easy
Puget Systems installs the PGI Accelerator compiler on your new Peak workstation.  The OpenACC libraries can provide a quick performance boost to your project, letting the compiler to do work for you with minimal code change.
Affordable
Get the Peak workstation, the Tesla K20, and the PGI Accelerator compilers with OpenACC installed and ready to go, all for under $5,000.
Powerful
The NVIDIA Tesla K20 is the same accelerator hardware used in some of the world’s fastest supercomputers.  The NVIDIA Tesla K20 GPU can accelerate applications up to 10x faster compared to CPU.  Can your project benefit from OpenACC?  We'd love to work with you to answer that question!
Buy a Puget Systems Peak workstation with a NVIDIA Tesla K20 and get the PGI OpenACC compiler installed, configured and ready to run.
Info
Customize