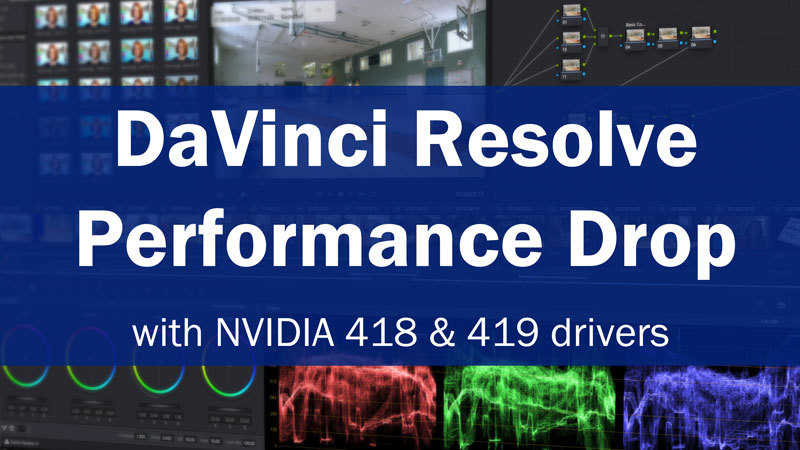 This issue has been fixed in the 419.67 Creator Ready driver from NVIDIA. You can download this driver [here].

In some of our recent testing, we noticed that we were getting much lower benchmark scores in DaVinci Resolve compared to what we have seen in the past. After trying multiple versions of DaVinci Resolve Studio (ranging from 15.0 to 15.3), multiple hardware platforms, and many other troubleshooting steps, we discovered that the issue was being caused by recent NVIDIA GPU drivers.

In particular, we found that the following drivers are causing 11% lower FPS on average in the Color Tab, although in some cases the performance drop was as large as 20% depending on the codec and grade. The NVIDIA drivers that we have confirmed to have this issue are:

Note that while we have confirmed it with these driver versions, the issue will likely be present with future driver releases as well until NVIDIA, Blackmagic, or Microsoft (depending on where the root of the issue is) are able to implement a fix.

We have confirmed that this issue occurs with NVIDIA's GeForce RTX line of cards, but have not tested it with the older GTX series. It appears to be fairly universal in terms of what codecs are affected including H.264, DNx, ProRes, BRAW, CinemaDNG, and RED footage.

Note: The charts below have been updated to include the results with the 419.67 driver which resolves the issue. 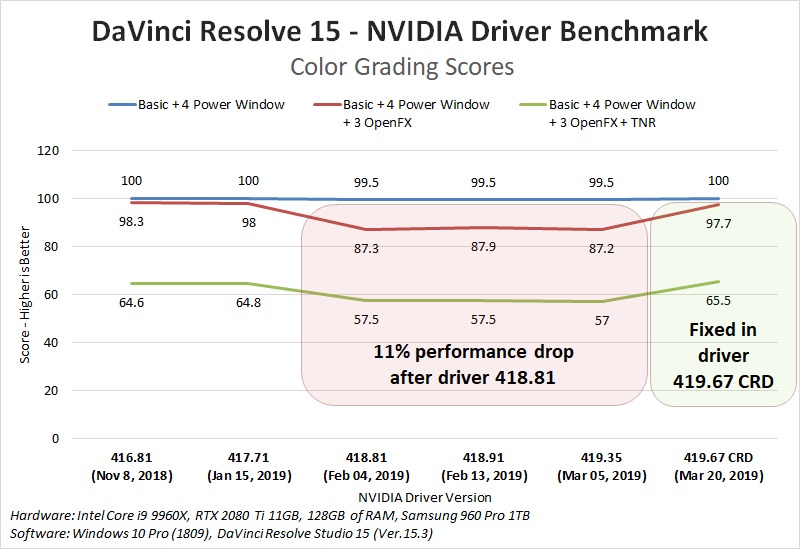 This issue has been resolved in the NVIDIA 419.67 Creator Ready driver which was released on March 20, 2019. You can download the driver [HERE]. Updating to this driver should bring performance in DaVinci Resolve back to where it should be. 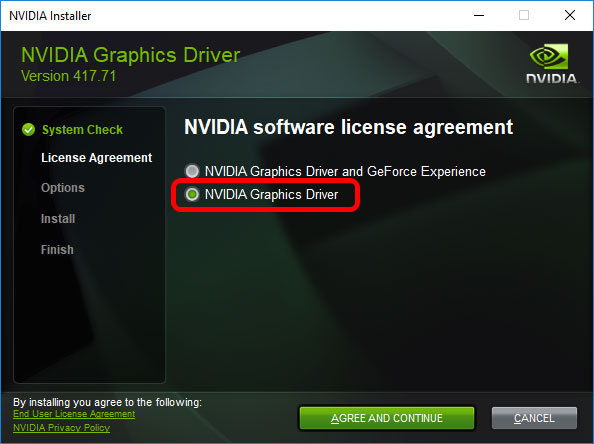 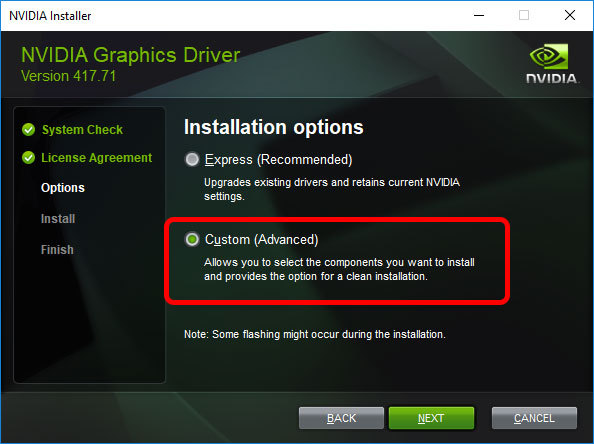 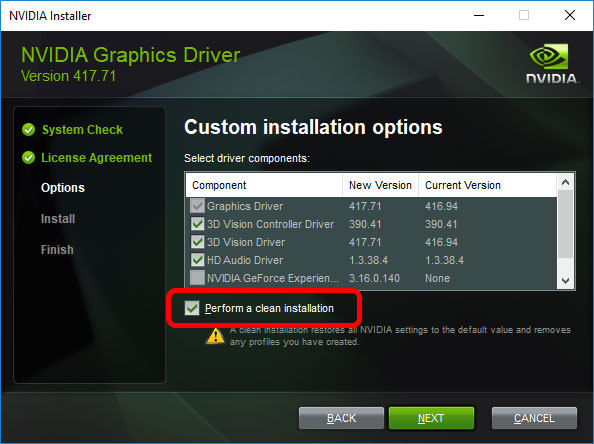 When installing the GPU driver, we highly recommend selecting the "Custom" option and choosing "Perform a clean install"