Skip to content
Always look at the date when you read an article. Some of the content in this article is most likely out of date, as it was written on July 2, 2020. For newer information, see our more recent articles.

Intel's Hyperthreading (often shortened to HT) and AMD's similar Simultaneous Multithreading (SMT) are features found on many mid-range and almost all high-end processors and enabled by default. These technologies work by duplicating a portion of each CPU core's pipeline, allowing a second software thread to be ready and waiting to execute commands as soon as the core finishes processing the thread it is actively working on. That doubles the number of "cores" the operating system sees, and in some applications can lead to a substantial increase in performance. However, in certain situations, it can also reduce performance – especially if a program struggles to use lots of cores effectively (shown by processing times stagnating or even go down as the number of cores in a CPU goes up).

In past articles we have observed that some photogrammetry applications seem to perform better with lower core count processors, so we wanted to look at whether HT and SMT could be negatively impacting performance in these programs. In this article, we are focusing on RealityCapture. If you would prefer to skip our test setup and various benchmark results, feel free to jump straight to the Conclusion.

For benchmarking photogrammetry applications we now have four image sets that we own the rights to, covering both smaller and larger size models and map projects. All of these image sets are available in our public RealityCapture benchmarks, split up to allow quick or extended tests, which you can download and run if you want to compare your system's performance to what we measured for this article.

The focus of this article is on each processor's performance in RealityCapture with Hyperthreading or SMT enabled versus disabled, rather than comparing one processor to another, so the graphs are set up to reflect that. There are two results for each CPU, with HT/SMT on shown in blue and then off shown in red. These charts are showing the total processing time for each image set, in seconds, so smaller numbers and shorter lines indicate better performance. Scroll through the gallery below to see an overview of the results: 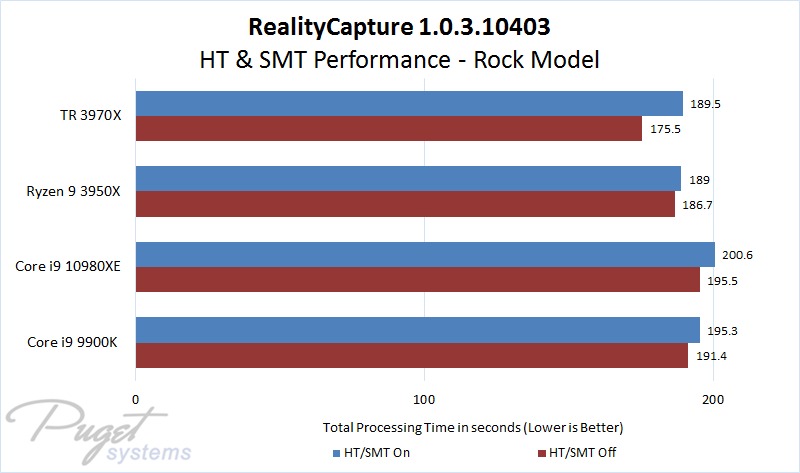 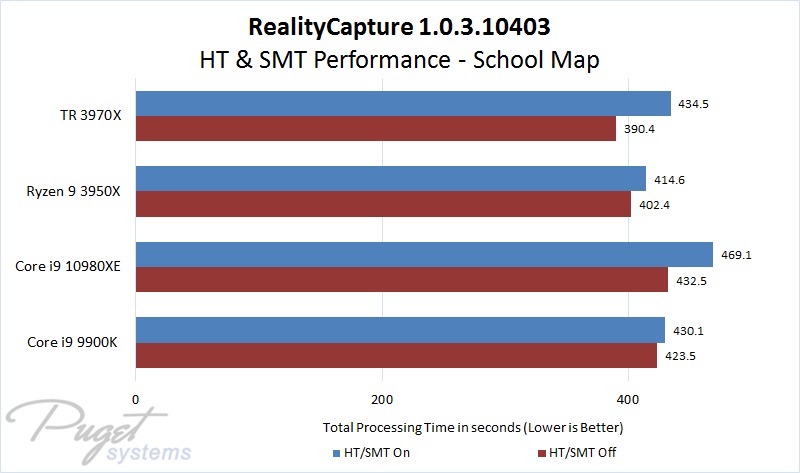 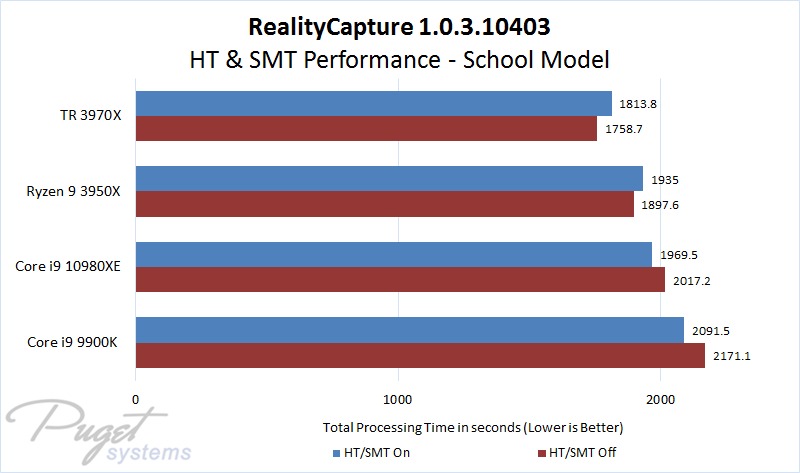 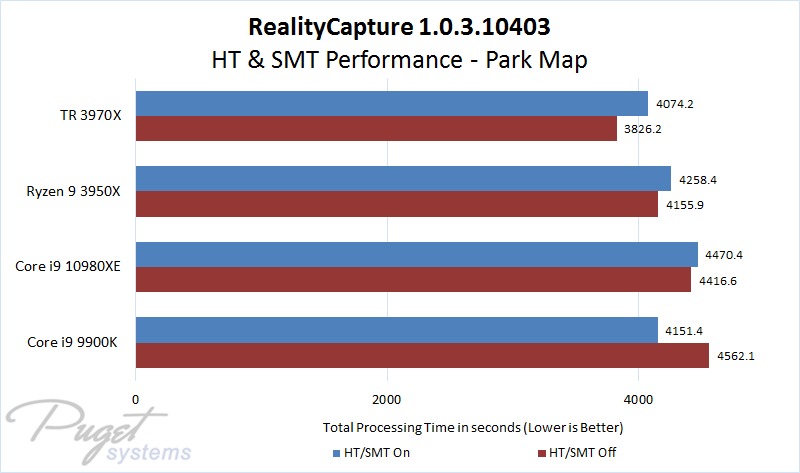 For those who want to dig into how HT and SMT impacted performance in different processing steps, here is a full table of the results: 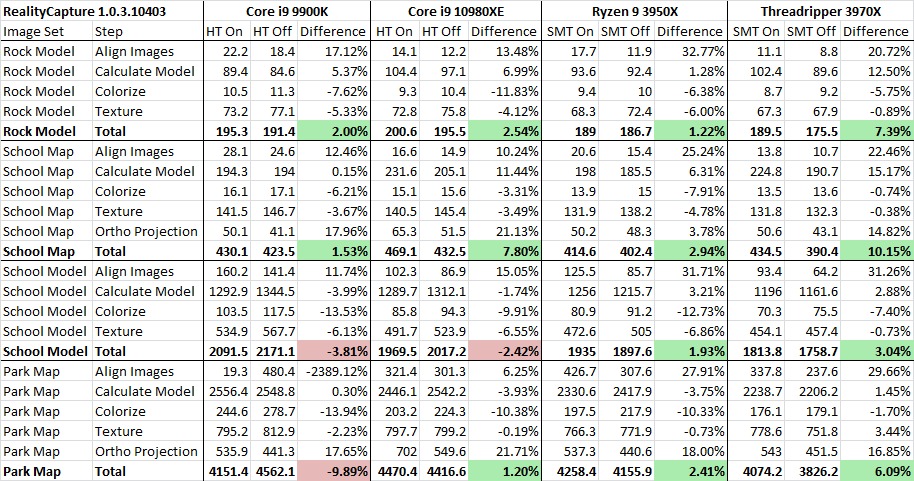 The results shown above are a bit mixed, so lets break them down by processor:

Should Hyperthreading or SMT be turned on or off for RealityCapture?

It really depends on what processor you are using: for high core count chips, roughly 16 cores or more, turning HT and SMT off should slightly increase performance on average. On processors with fewer cores, leaving those features enabled should give better results.