Skip to content
Always look at the date when you read an article. Some of the content in this article is most likely out of date, as it was written on February 12, 2018. For newer information, see our more recent articles.

While at first it may appear to be an easy thing to do, choosing a new monitor can be a daunting task. Additionally there are some terminology you should know. "What?", you say… "All I should have to worry about is how big a monitor I should get, right?" Unfortunately, no.

There are so many options that it can make one wonder, "What is the best monitor for me?" I hope to make this task a bit easier by narrowing down and defining some key features to be mindful of, because if you aren't, you may regret it later. 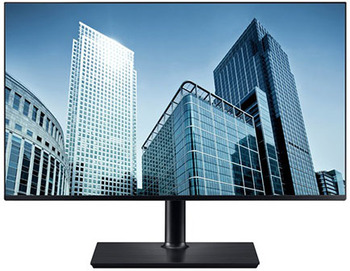 OK, so this IS something to consider, but certainly not the last. Fortunately, this is also the easiest to understand. The listed size of the monitor, like with home televisions, is measured diagonally from one corner of the screen to the opposite diagonal corner, excluding the outer bezel. The physical size of the monitor is important not only to make sure you have the physical size necessary on your desk to accommodate the new screen, but also because the physical size of the screen works in concert with Screen Resolution to dictate Pixel Pitch, which indicates the size of each pixel on your screen. This relates to how large the text on your screen will appear (at default settings). If you have a high screen resolution, but smaller physical size screen, the pixels will be very small, making default text size very small and harder to read. There are ways around the text being too small, such as increasing the text size through your OS settings, however, doing so sort of defeats the purpose of getting a higher screen resolution monitor. Along with increasing the size of the text, this also causes you to create a larger program window to accommodate the bigger text, thus giving you less work space.

Screens are made up of thousands of pixels. Pixels are 2-dimensional squares that display a given color in order to represent an image. When you see an image on screen, it is made up of many pixels working together to represent the whole image. Some of you may have created an image in art class by tapping a pen on paper, creating several dots to represent a larger whole image. This is similar, but instead of round dots made by a pen using a single color, pixels are square in shape, and can display one of thousands of different colors. You may be asking, if pixels are square, how is it possible that I see images or text with curves? Curves in images are made through a fancy term called anti-aliasing.

Anti-aliasing is a process of smoothing rough edges by using pixels that blend colors between the subject and background, to give the illusion of a curve, or smoother transition. For example, if we zoom in on text, such as the "o" to the right, we will see anti-aliasing in effect to make text and curves look more natural. This also magnifies the pixels, showing their square shape.

Pixel Pitch refers to the density of pixels on a screen. It is the measurement of distance between the center of two side-by-side pixels. The smaller the pixel, the smaller the distance between the center of those pixels gets. Pixel Pitch decreases in size as the pixels get smaller. It is worth keeping in mind that smaller Pixel Pitch means smaller pixel size, and that will result in smaller text that you will have to attempt to read on screen. So it is possible to have too small a Pixel Pitch for easy reading. Yes, one can overcome this by increasing the font size through an application or the OS, but then you start to defeat one of the purposes of a high resolution screen, which is to allow you to have multiple program windows open side by side without overlapping. For many folks a Pixel Pitch of .277 mm or larger is fairly ideal for reading text. A Pixel Pitch of .277 mm is common on a 24-inch screen with a 1920×1080 screen resolution. If you moved to a 27-inch screen with a 1920×1080 screen resolution, it would increase the Pixel Pitch to .311 mm, reflecting the individual pixels getting larger on the screen, and the distance between the center of side-by-side pixels getting farther away (increased Pixel Pitch). With increased pixel size, text will be larger, as each individual pixel making up a letter is larger.

Monitors can have a different number of colors they are capable of displaying, as noted in this 8bit vs. 10bit publication. Monitors capable of displaying more colors will list with 10-bit, or 1.07B colors (That's right, 1.07 Billion colors) in the monitor specifications, and an 8-bit monitor will be listed as something akin to 16.7M colors, or "8-bit." For the majority of folks, 8-bit, or 16.7 Million colors will be plenty. However, for those who work professionally with color correction, using a 10-bit monitor with 1.07 Billion colors and a workstation class graphics card (Nvidia Quadro / AMD FirePro) would be the way to go.

Equally important to the other factors listed above when considering a new monitor, are the inputs available on the monitor and which cables come with the monitor. After going through the work of selecting the proper sized monitor and screen resolution, you wouldn't want to be stuck with a monitor that could not physically connect to your system. As you know, not all monitors are equal. Some monitors may include four common connections types of VGA, DVI, HDMI, and DisplayPort, whereas other monitors may only offer one connection type. This is important to be aware of in your search, as you want to make sure that you have a monitor that has compatible inputs for the outputs available on your graphics card or system so you can connect them. If your system and monitor have all connection types available, the best connection type to go with at this time is DisplayPort, followed by HDMI, then DVI, and lastly VGA.

Besides having a monitor with inputs that match the outputs of your system or graphics card, it is also worth being aware of the cables that come with (or do not come with) your monitor. Again, some monitors may come with every cable for each connection type available on your monitor, where others may only include one cable type even if the monitor includes each input connection type. You don't want to be stuck attempting to connect your monitor only to find out the monitor you chose did not include the cable you needed. So just check the monitor specifications to see which cable(s) comes with that monitor. Having to make an extra trip to pick up the cable you need, or waiting to have one delivered can seem unbearable when you are ready to start up your exciting new system. To connect a monitor to your system you never want to use more than one cable per monitor with the current exception being the Dell 8K monitor which requires 2 DisplayPort cables.

I hope this guide helps you when looking for a new monitor!