Skip to content
Always look at the date when you read an article. Some of the content in this article is most likely out of date, as it was written on February 12, 2019. For newer information, see our more recent articles.

Both core count and clock speed play a role in Pix4D performance, so when Intel released their new Core i9 9990XE with 14 cores running at high clock speeds this seemed like a good way to test it.

The Core i9 9990XE is part of the Intel's Core X series of processors, and as such uses the same X299 chipset and motherboards. For comparison, we also included results from our previous round of testing that include other Core and Core X chips from Intel as well as a few Ryzen and Threadripper models from AMD.

We used the same video card and memory type/speed throughout since that is what all of these are rated for when using the maximum amount of RAM they support. Some platforms may support higher memory speeds when only one or two memory modules are used, but since RAM capacity is very important for photogrammetry, and sticking with manufacturer-supported speeds is important for reliability, that is what we have prioritized here. If you would like to see full details of the hardware we tested, click here to expand a chart below.

Here is information about the image sets we used, including project type (3D Model vs 3D Map), and listed in order of complexity:

Here are the results for total processing time on each of the four image sets, across all of the tested CPUs. AMD processors are shown in red, older Intel models in light blue, and the new Core i9 99980XE in dark blue. Cycle through the charts via the left and right arrows. 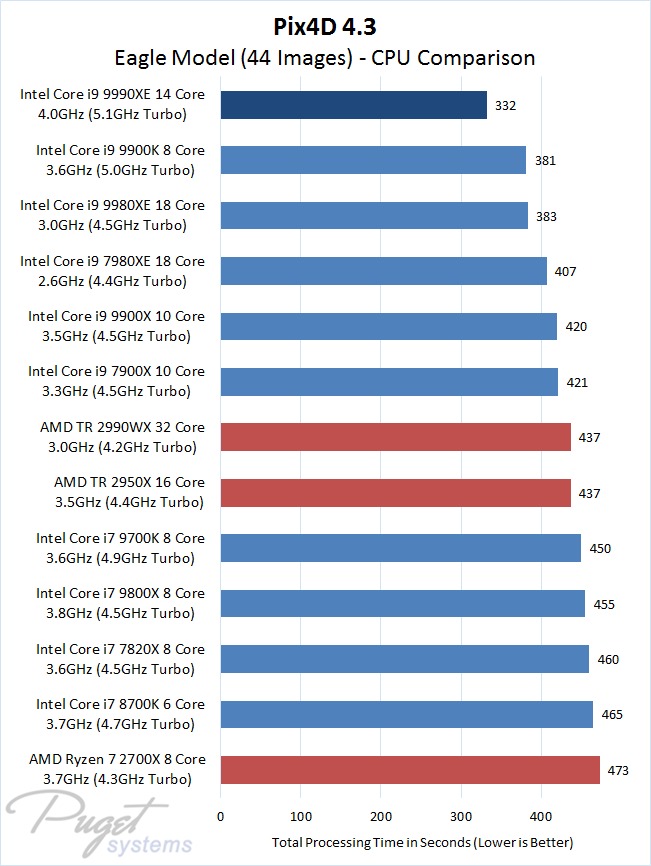 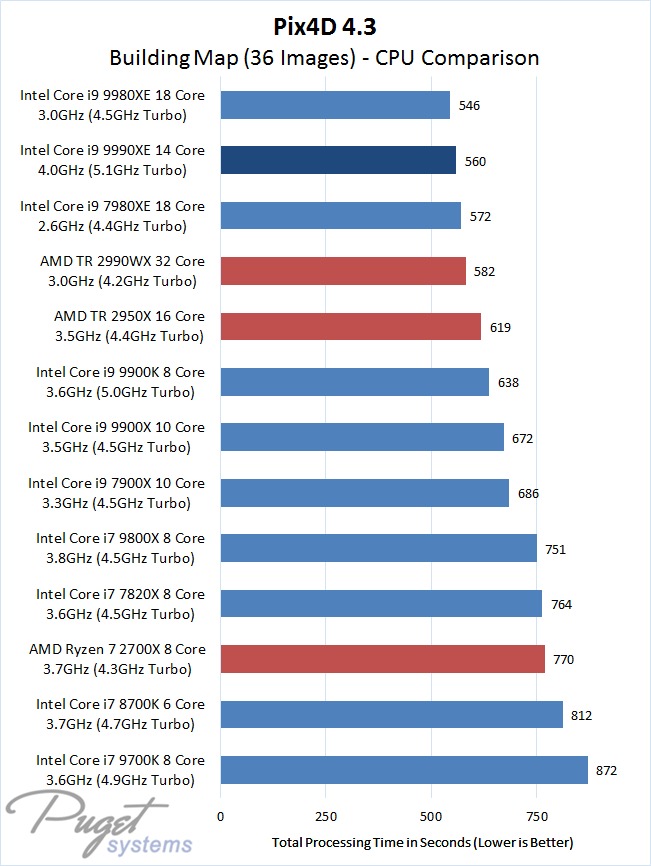 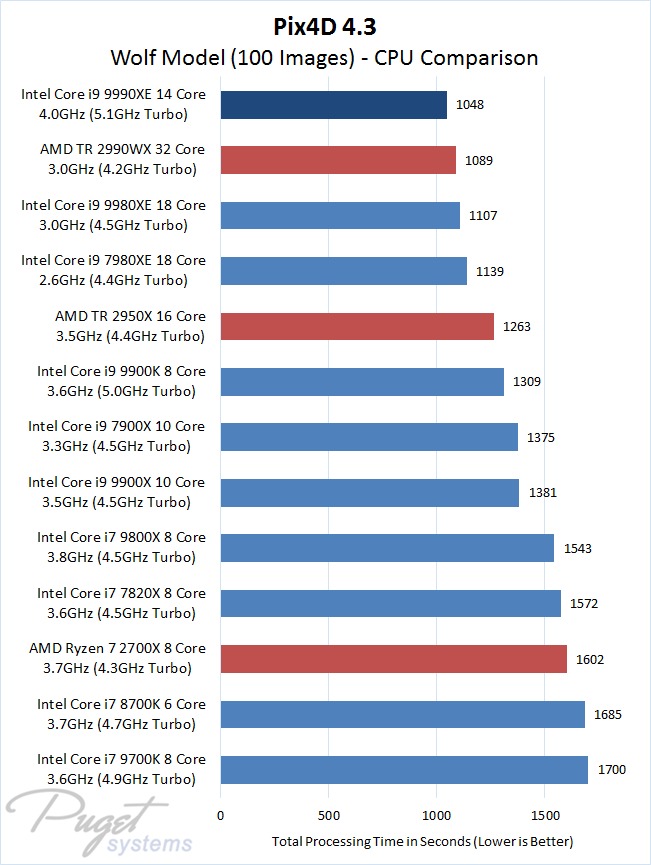 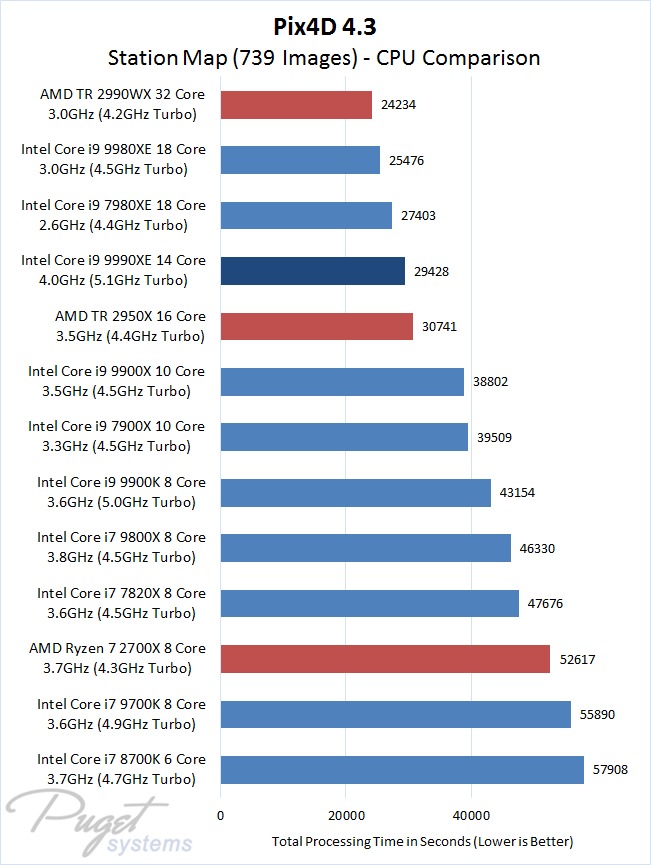 Intel's Core i9 9990XE took two top spots, on both the small (44 images) and medium (100 images) models. It fell behind a little on the maps, in particular, our biggest one (739 images). That would be an admirable performance if it weren't for the price and extremely limited availability of this processor. For very small projects, the Core i9 9900K wasn't all that far behind and costs less than a quarter of what the 9990XE does (plus it runs on a less costly chipset/platform overall). For bigger projects, the more widely available and less expensive Core i9 9980XE – with more cores but lower clock speeds – comes quite close, or even bests it when projects get larger. And AMD's Threadripper 2990WX is both faster and more affordable than either of those Intel models when it comes to large image sets!

If you would like a more in-depth look at what makes different CPUs better or worse as image count and project type changes, we dug into that topic a bit further in the analysis section of our last Pix4D CPU performance roundup.

Pix4D is sensitive to both clock speed and core count, but as the number of images in your project increases so does the importance of core count. The new Core i9 9990XE's high clock speed helps a lot, topping performance with small image sets, but still falling behind higher core count models when projects get bigger – especially with maps (versus models). If you work exclusively with small to medium size models and can get your hands on one, the 9990XE won't disappoint – but for larger projects, you can get better performance for less money with either Intel's own Core i9 9980XE or AMD's Threadripper 2990WX, both of which are also much more widely available.