Skip to content
Always look at the date when you read an article. Some of the content in this article is most likely out of date, as it was written on February 8, 2019. For newer information, see our more recent articles.

Dassault Systèmes launched the initial version of SOLIDWORKS 2019 late last year, but with the recent release of SP1, we expect that customers will soon be using it in production environments. In preparation for that, we have tested the field of current Intel Core and Core X series processors to see how they compare across a wide variety of tasks within SOLIDWORKS. For this round of testing, we stuck with Intel chips only, since AMD Ryzen and Threadripper testing in past years didn't look great, though we may re-test with their 32-core another time.

To see how these different CPUs perform in SOLIDWORKS 2019, we used the following configurations:

Each test was run three times on each CPU, with the fastest (lowest time) of the three used for this article. We didn't have any significant outlier results and saw very little variance between runs, so we opted for this method over an average of scores. The results are broken up into their own graphs below, along with a chart showing the raw data, and followed by our analysis and conclusion.

Here are graphs for each of the tests we conducted – click to enlarge – along with a chart of the raw result times for each processor: 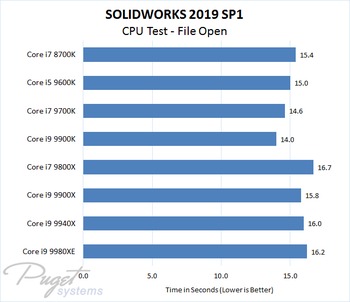 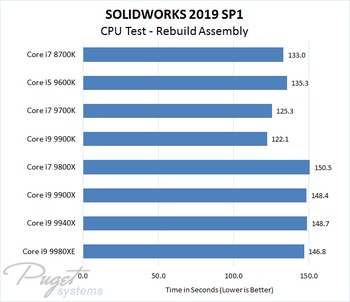 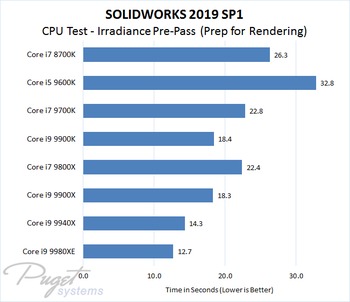 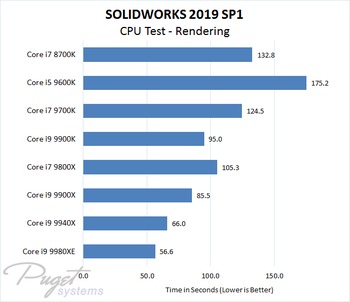 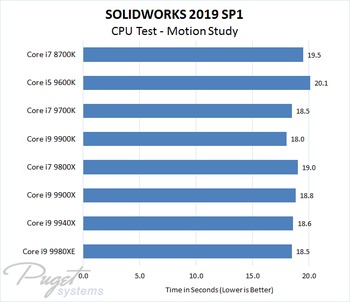 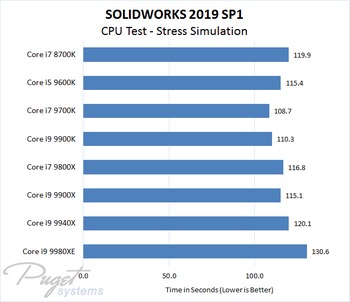 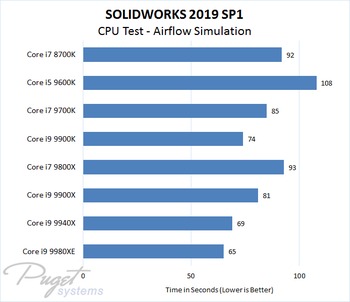 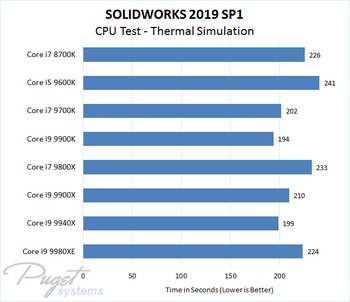 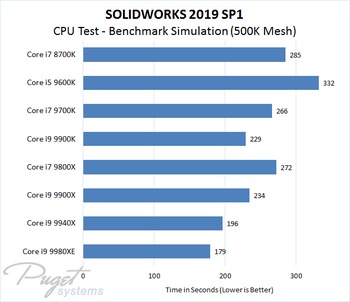 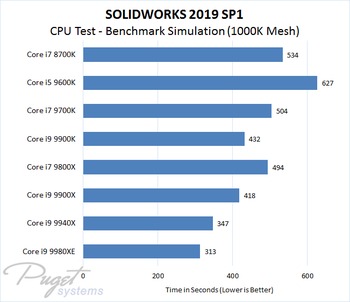 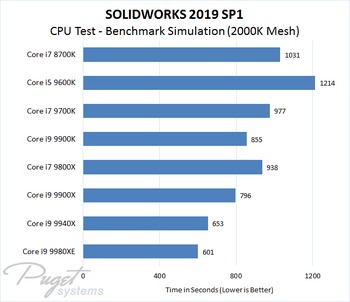 It is worth noting that we also tested assembly rotation performance across these CPUs, but didn't bother presenting graphs because they all performed within a fairly close spread – with no more than about 10% difference across various files and different view settings. That isn't surprising since rotation is mostly single-threaded and these CPUs all have max turbo speeds in the 4.3 to 5.0GHz range.

It is tricky to show overall relative performance when different aspects of an application behave differently, but if we break things down into features which seem to depend on clock speed versus those which scale well with core count, it can shed some light on things: 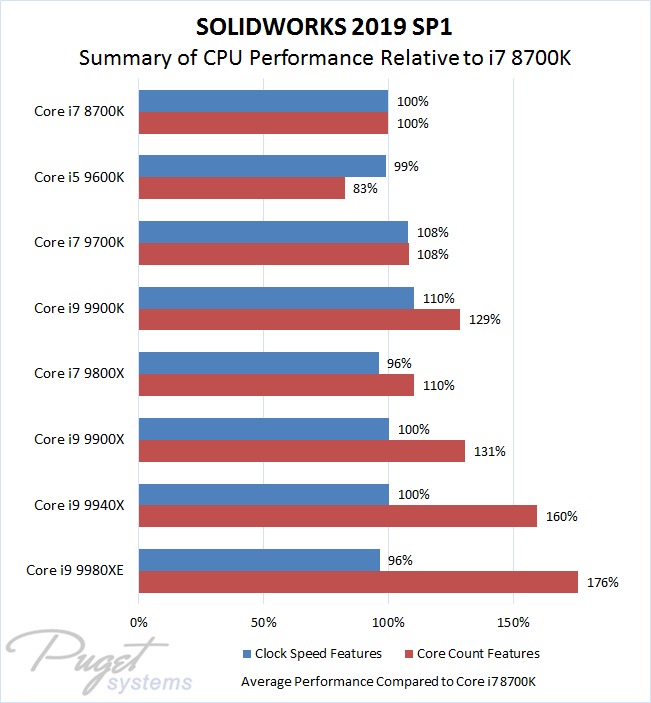 Based on that summary, and the full data shown in previous charts and graphs, it looks like the best CPU for general SOLIDWORKS usage (outside of rendering and some types of simulation) is the Core i9 9900K. No surprise there, I suppose, since it is the fastest mainstream processor Intel has made yet. The i7 9700K isn't far behind and is viable if you need to save some money.

On the other hand, if flow simulations or rendering are a bigger part of your workflow, then you may find it worthwhile to invest in a Core X series processor instead. Nothing below the Core i9 9900X will be useful, though, and even that processor is only a little bit faster than the 9900K for twice the price. The higher core count models are where performance really pulls ahead of the more mainstream chips.

If you are looking for a workstation for SOLIDWORKS, we have recommended systems for both general usage and rendering below.