AMD has released the long awaited Threadripper Pro CPUs. I was able to spend a (long) day (and night) running compute performance testing on the flagship 64-core TR Pro 3995WX. In this post I've got some standard HPC workload benchmark results. This post is marked as "Preliminary" which is something I seem to do a lot with new hardware launches. There are a few motherboard glitches showing up in our qualification the TR Pro platform. Hopefully they will be resolved shortly after you read this.

The tests in the results below examine performance from 3 main perspectives,

The Intel Xeon results were included for two reasons, I had access to them at the same time as the TR Pro, and it is of interest to compare TR Pro to a high-end dual Xeon system. The Xeon system is more expensive, but the TR Pro is competitive for performance.

**There are also older results in the charts for comparison. These results are from the post HPC Parallel Performance for 3rd gen Threadripper, Xeon 3265W and EPYC 7742 (HPL HPCG Numpy NAMD) Please refer to that post for details.

**...Make comparative judgments with caution! (the results in light green and blue were run with slightly older libraries and software versions.) 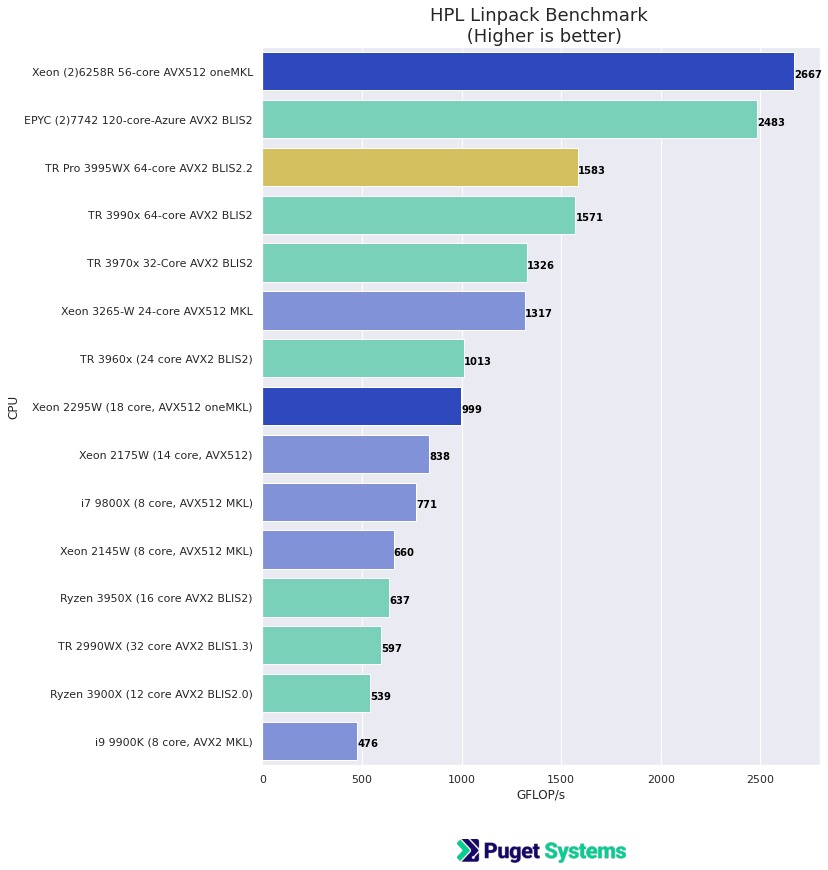 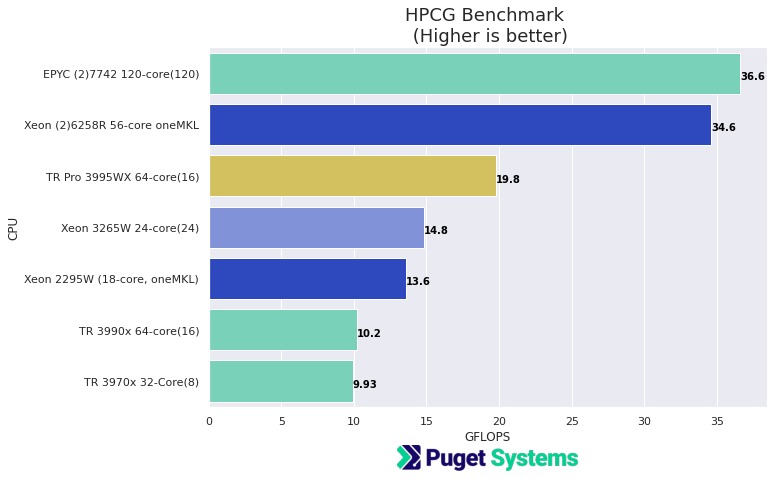 NAMD also has very good GPU acceleration! (There are a few GPU accelerated results in the charts. Note that NAMD requires good balance between CPU capability and GPUs) 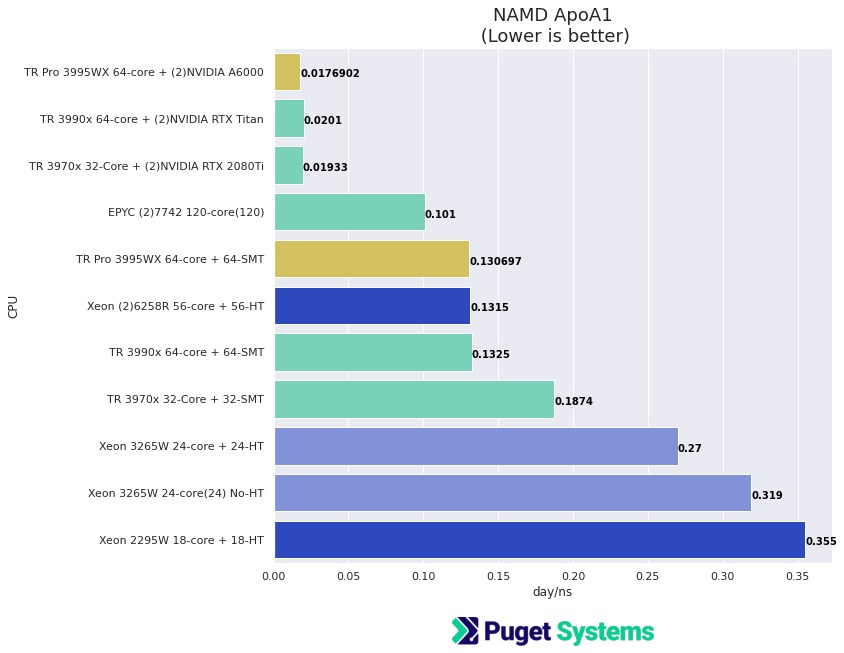 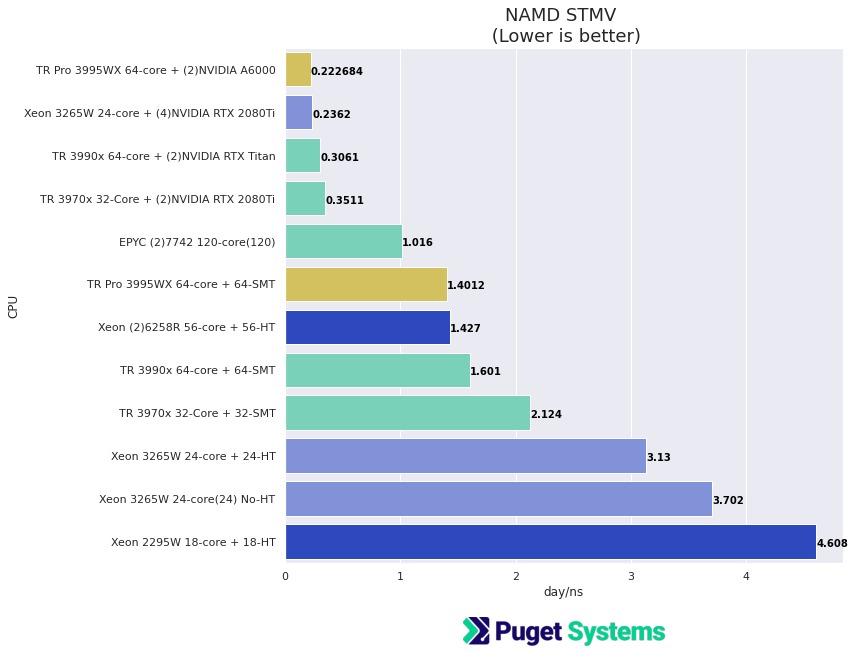 Bottom line is, I would make a strong recommendation for the TR Pro 3995WX as an option for a high-end scientific computing workstation processor. It has excellent application performance, excellent memory performance and provides a very good platform for multi-GPU.

I do have a few reservations that I had mentioned earlier. The biggest concern is the developer ecosystem. Intel has been making great progress in this regard with the recently released version 1 of oneAPI. And, NVIDIA is very strong in this regard. However, I do expect AMD to get a lot of attention this year as a result of the Frontier supercomputer at Oak Ridge National Labs and because of preparation for the 2023 installation the "El Capitan" supercomputer.