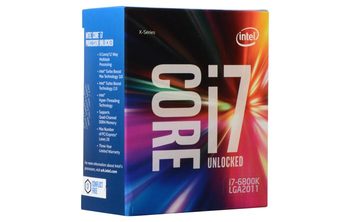 Microsoft released 1809 in order to address the Spectre/Meltdown vulnerabilities however part of the update (KB4100347) is intended to manually set CPU core speeds and therefore reverts any Overclocks(OC) to the default 'TurboBoost' settings. If you have an OC on your x99 platform then after the update your systems CPU speeds will revert back to default set by the manufacturer. The KB4100347 is auto-installed by Windows 10 when Microsoft reckons the system is ready and the patch is applicable to your system. It isn't recommended to force the update. A few months ago there were a number of users reporting broken OC from a BIOS update that was intended to resolve the microcode vulnerabilities but they were quickly resolved by subsequent BIOS updates. Now we are seeing a Windows update cause the same issue but unfortunately there aren't simple ways to reverse this.

Why is this happening

Microsoft released a myriad of updates in an effort to address the Spectre/Meltdown vulnerabilities and KB4100347 is another mandatory update that will install automatically. Whether your BIOS is fully up to date or severely outdated the update will install and revert OC to the default Turbo mode setting. When Microsoft attempts to resolve the microcode compromises they are instructing the hardware to adjust 'Internal CPU Vcore' causing your OC to fail and revert to default frequencies. This will also revert CPU clock, multiplier, voltage, core clock and AVX settings which were manually set here at the factory.

Which platforms are affected

Below is a list of the currently affected platforms and hardware but there may be more out there. If you have any of the following hardware you will find advice at the bottom of this page.

Currently it appears all xx9 platforms are affected including the following: 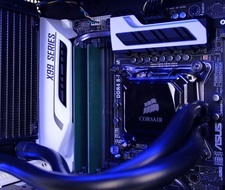 What you should do

While there are a number of different 'fixes' out there we don't currently recommend them as they are very invasive and could be destructive to your OS. Some of the fixes involve blocking updates which is a temporary fix while others recommend removing .dll files which is highly advised against. If your system has been fully updated and you have noticed that your CPU speeds have been adjusted back to factory defaults you will notice it is no more than a 10% decrease in performance. The Overclocks we configured here at Puget were rarely more than 5-10% in order to maintain stability and hardware lifespan. After months of testing we have determined that Overclocking is not beneficial enough to the systems performance due to the fact it reduces lifespan and stability and therefore have stopped performing Overclocks. As you can see in articles like THIS there just isn't enough of a performance boost gained from overclocking. Most people assume because a CPU can be overclocked it can achieve 25%+ performance which during a 10+hour render can mean saving an hour of downtime but in order to acheive a stable and reliable overclock you'll likely only see around a 5% increase in CPU speed. The cost of this CPU speed increase is a system that may have a significantly reduced lifespan and much higher failure rate. 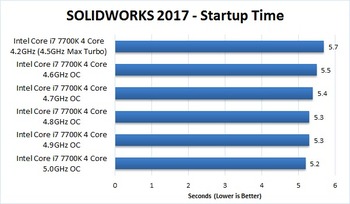 It is because of these factors that we actually advise against making any changes and allowing the update to install as expected. Let Windows install the updates it needs, it will remove the overclock and your system will become even more stable and the components will last longer.

Some Windows updates are hugely helpful, while others can be problematic – and while the overclock disabled by 1809 is actually recommended by us, if you feel like you can't live without it, we are here to help! So don't hesitate to reach out if you run into questions.

If you do not own a Puget System, but are experiencing this issue and need assistance, please go here to submit a help request with Microsoft directly. You may also want to contact the manufacturer of your system for additional support.

This article will be updated as new information is obtained.