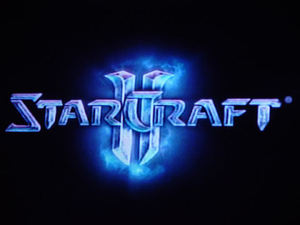 Along with a few other guys here at Puget, I've been really enjoying Blizzard's new game – Starcraft 2.  While the basic gameplay remains the same, Blizzard has definitely brought Starcraft into the 21st century, with updated graphics, better game control mechanics, better online matchmaking, great cinematics, and overall a much smoother and more intuitive experience.

I've been seeing some reports of menu screens on Starcraft 2 causing poorly ventilated, or poorly designed graphics cards to fail.  Does this sound familiar?  It definitely sounds familiar to me.


A while back, we started seeing that the benchmarking tool 'Furmark' caused video card failures, prompting nVidia and ATI to tell people they shouldn't run Furmark because 'it doesn't represent a real-world gaming load'.  ATI even went as far as modifying their driver to artificially limit the frame-rate of benchmarking tools like Furmark so that their less-than-adequate cooling systems wouldn't be noticed.  Now that a real, and popular game is causing overheating, it seems that those arguments may have been unfounded.

This is why dedicated hardware testing is so important.  You can be confident that any desktop machine you buy from us has been run through a serious burn-in test, including Furmark and other tools that really test the full cooling and power capacity of your hardware.

That said, consider this a reminder to clean the dust out of your system.  System maintenance is one thing we don't have control over and, if your heatsinks are full of dust, your video card (or other components) could definitely overheat.