Why to Choose a Xeon

Why Use a Xeon?

For over 15 years, Intel has branded their x86 server and workstation processors under the name “Xeon”. They have ranged from simply variants of Intel’s mainstream processor line with some extra features enabled - like ECC memory support - to much more advanced designs with added processor capabilities and cache memory.

Despite Intel directing the Xeons toward specific types of users and applications, there has been some confusion over when they are the appropriate choice versus a more mainstream processor (like a modern Core i5 or i7). I’ve had gamers ask about a Xeon because they thought they were more powerful, and that it would help performance in their games. Likewise, I have had businesses ask about running servers on Core i7 processors. So when does a Xeon make sense, and what do they really bring to the table?

ECC Memory - The most prominent feature of the Xeon processors is support for ECC memory. As far as I am aware all Xeons have supported that, and the protection ECC provides against single-bit memory errors (which it can detect and correct on the fly) is critical for systems where uptime and reliability are key. A few mainstream Intel processors have also supported ECC over the years, if used with the right chipset / motherboard, but to ensure you have proper support for this technology it is best to go with a Xeon.

Multiple CPUs - Some applications can benefit tremendously from having either a lot of processor cores, a large amount of memory, or high memory bandwidth (or all three). In such situations, a system with more than one CPU can be a great way to go… but mainstream processors like the Core series don’t support that. Many Xeons do, though, through added on-chip logic to facilitate communication between the CPUs so that they can share access to memory and coordinate workloads. Each CPU in such a configuration has its own memory controller and set of memory modules, plus its processing cores, so you gain in both raw computing capacity as well as the amount of memory that can be installed (capacity) and moved around at the same time (bandwidth). The multi-CPU capability of current generation Xeons can be found in the first digit of their model name. For example:

Each processor also has a PCI-Express controller that supports a certain number of lanes (depending on the model), so having multiple CPUs can enable motherboards with more PCI-Express slots. That can be useful for stacking lots of accelerator or co-processor cards like the Intel Xeon Phi or NVIDIA Tesla.

Higher Core Counts - In addition to the potential for using more than one CPU in a system to increase threaded workload performance, some Xeons simply feature more cores than anything on the more mainstream side of Intel’s processor lines. Currently the Core i3 processors top out at two cores, Core i5 at four core, Core i7 at eight cores, but the Xeon E5 series goes up to eighteen cores! As you climb in core count the base clock speed goes down somewhat, and cost goes up due to complexity, but heavily threaded applications can see big boosts from those added cores.

Virtualization Support - A lot of modern server workloads are being virtualized, which means the software and even operating system is running inside of isolated ‘bubbles’ of fake hardware. This allows a single host OS to manage several of these virtual environments, and isolates what happens within those environments to some degree - but it requires special extensions to be supported by the underlying hardware. Xeon CPUs generally have good support for that, as do most server and workstation class motherboards. You can sometimes find those features on more mainstream hardware as well, but it is a lot less likely that the whole chain (CPU, chipset, BIOS, etc) will support them… so the safest path is to get a Xeon based setup if your plans involve virtualization.

Those are a few good reasons to go with a Xeon based system, though not all of them. There are other factors like remote management, multiple and/or high-speed network ports, and more which are found on the server and workstation class motherboards populated by Xeons… but those are not specific to the Xeon processors themselves.

What about the bad ideas, though? Or to put it another way, the misinformed reasons to get a Xeon? Here are some of the top reasons I’ve seen people use for wanting a Xeon, when they would in reality be better served by something else: 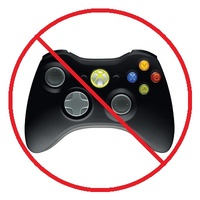 “A more ‘powerful’ Xeon will help my gaming, right?” -

Some people assume that since Xeon processors are found in high-end workstations and servers they must also be better for gaming. That is definitely *not* true, because computer games don’t need a lot of cores or the other various advantages that Xeons bring to the table. As of the time I am writing this, no games use more than four cores - and many use less. What games are sensitive to, though, is clock speed… and as I mentioned earlier when you increase the number of cores you usually reduce the clock speed. So getting an 18-core Xeon for gaming would actually result in much *lower* performance than a cheaper, higher clock speed 4-core processor. Some argument can be made for a 6-core CPU for gaming (future-proofing, lots of background applications running at the same time, etc) but that can be fulfilled within the Core i7 line, without needing to go for a Xeon.

This principle extends beyond just games too. Some professional, workstation-grade applications don’t use a lot of cores, and so may be better off with mainstream processors. There are also low core count / high clock speed Xeons, but the more mainstream CPUs from Intel tend to reach slightly higher clock speeds. Which leads too...

“I want to have the fastest clock speeds possible for my calculations, maybe even overclock the CPU…” - If you want to overclock then you don’t want a Xeon. They are not multiplier unlocked like the ‘enthusiast’ (upper mainstream) processors that Intel aims at the overclocking crowd, and the motherboards that are built for use with Xeons are not likely to feature the sort of fine-tuning options which are needed either. Beyond that, Xeon-based platforms are all about reliability - and overclocking is by its very nature a more risky proposition. You are pushing the CPU beyond its rated specifications, and while it can be done conservatively (we make sure every system we overclock here passes the same stability tests that normal systems do) it is inherently a less reliable option, especially over a long period of time. There are applications where that is worthwhile, both for fun (like extreme gaming) and actual productive workloads… but you will be much better served in such situations by processors and motherboards which are designed to give you the options needed to get good results.

Xeons are great for workstations and servers, or any time you need more multi-threaded performance or reliability than a mainstream, single-CPU system can offer. We have seen a major trend in the last couple of years toward Xeon based systems, as we have seen our customer base shift in the direction of professional users - but they aren't always the right answer. Hopefully the information above can aid you in making a smart choice about what processor platform is best for your needs, but remember that we are here to help design and build systems for you! Please contact us via phone or email if you need help configuring a system.