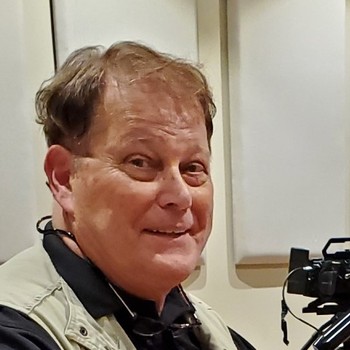 Scott Taylor is a man of many talents. He also happens to possess a huge heart. Before he got started doing video production, he worked for Chase Manhattan Bank. After that stint, he started his own corporate communications business utilizing General Electric Genigraphics computer systems to create slide shows. He went on to start and manage a large wholesale orchid business in Florida.

Now retired, Scott hasn't let his creative talents atrophy. He now offers pro-bono photography and video production services to 22 non-profits in central Florida. In the mid-2000s, was introduced to a few local non-profits that needed assistance through his association with the Orlando Camera Club. His earliest work in this area was helping children at the Ronald McDonald House.

In 2008, he learned about Now I Lay Me Down to Sleep, an organization of volunteer photographers who provide free professional photo sessions to families who lost a child in childbirth. Scott volunteers his video and photography skills to all three major Orlando hospitals and, to date, has provided lasting memories to over 625 families who lost a child. Below is a video he completed for the Winnie Palmer Hospital in Orlando.

For asset creation, having a video camera along with all the usual equipment is critical to the work he performs for families. Scott has been using Adobe Photoshop since version 3, and he now uses the entire Adobe Creative Suite of applications as part of his workflow.

Scott uses a variety of computers in addition to his workstation from Puget Systems, which he's hooked up to dual 55-inch 4K televisions. When traveling, he carries a Surface Book and keeps another Surface Studio at home fo less demanding computing tasks.

I make enough mistakes, so I don’t need the computer’s operating system having arguments with my chosen software.

The primary challenge Scott faces can be boiled down to this: making something worthwhile out of nothing. From the planning to the shooting to the editing, each step takes happens with the goal of creating something that will provide joy to a family during a time of grief. To that end, there are a number of technical challenges ranging from saving his files not having to worry about system crashes or BSODs.

Scott mentioned that having confidence in his tools allows him to focus on the creative process instead of shifting into the role of an IT manager. "Having a stable computing environment means a great deal to me." 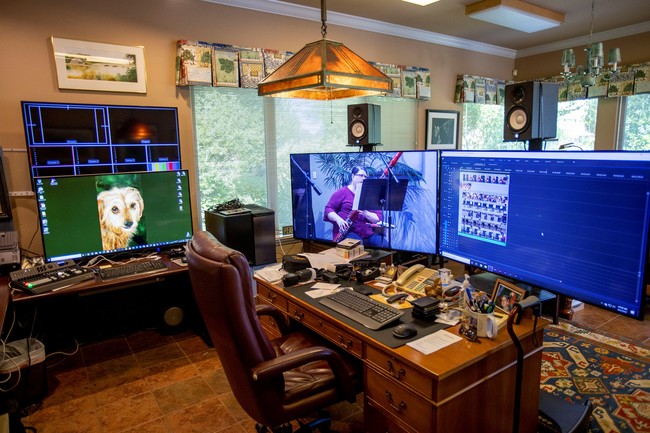 Before he found Puget Systems, Scott tried to purchase the best PC he could find with the most memory and fastest video card on the market. This philosophy has served him well over the years.

But in July of 2020, he committed to a video project for the Orlando Philharmonic Orchestra. The orchestra wanted to stage a performance during COVID-19, and Scott volunteered to tape and edit four 1-hour performances where the musicians sat six-feet apart, adding to the complexity of the work.

Taping each performance required installing seven cameras resulting in seven separate tracks that choked his current computer. At that point, Scott reached out to Puget Systems for help. Puget Systems listened to Scott's needs for the project and came up with a plan to meet them. The result is a powerful workstation based on the AMD Threadripper CPU.

I did not worry about the computer or how it performed with the software. All my cares now were about the creative part of my task.

Having a system that could handle a complex project like the one with the Orlando Philharmonic Orchestra nudged Scott to go online in search of a custom PC builder. In his desperation, he found Puget Systems and called to explain his dilemma. Within a short period, his workstation arrived, and it has been able to handle any number of video tracks Scott throws its way.

Scott has already completed four and a half hours of orchestral performances, and the new workstation has been flawless. He pointed out that his follow-up questions were quickly resolved. Now if he could only remember to hit the SAVE button!