Over the last three months, NVIDIA has been doing a rolling launch of their new GeForce RTX 30 Series video cards, culminating in the GeForce RTX 3060 Ti 8GB which just recently hit the market. While gaming is almost always a major focus during these launches, professional applications like Premiere Pro are becoming increasingly important for NVIDIA's GeForce line of cards.

This is especially true for Premiere Pro as Adobe has been adding more and more GPU-accelerated effects and features over the last few years. Most of these tend to work better with NVIDIA GPUs over AMD, and even with AMD's latest Radeon RX 6800 and 6800 XT GPUs, NVIDIA has continued to maintain a strong lead in Premiere Pro. However, the RTX 3060 Ti is the lowest-cost 30 series card released to date, so it will be interesting to see how NVIDIA performs at this lower price point. 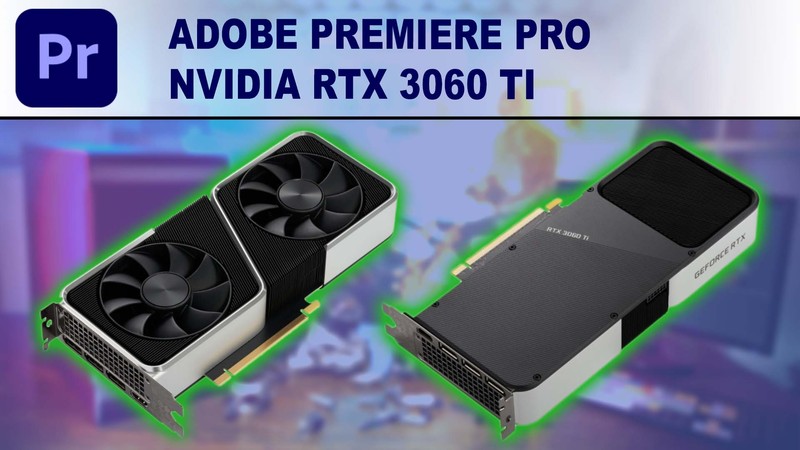 Looking at the overall performance, the new NVIDIA GeForce RTX 3060 Ti does very well, beating the AMD Radeon 5700 XT by about 7% and tying with the more expensive Radeon 6800 and 6800 XT. 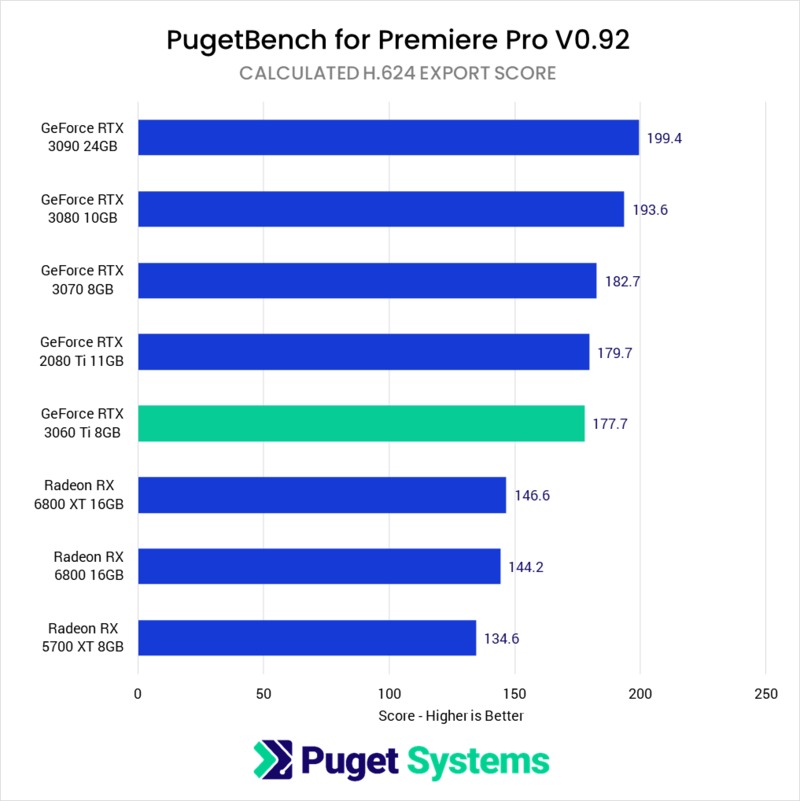 Here, the NVIDIA GeForce RTX 3060 Ti again does very well - essentially matching the RTX 3070 and previous generation RTX 2080 Ti. NVIDIA in general has a strong lead for hardware encoding, which allows the RTX 3060 Ti to outpace the Radeon 5700 XT by a large 32% and even beat the Radeon 6800 XT by just over 20%. 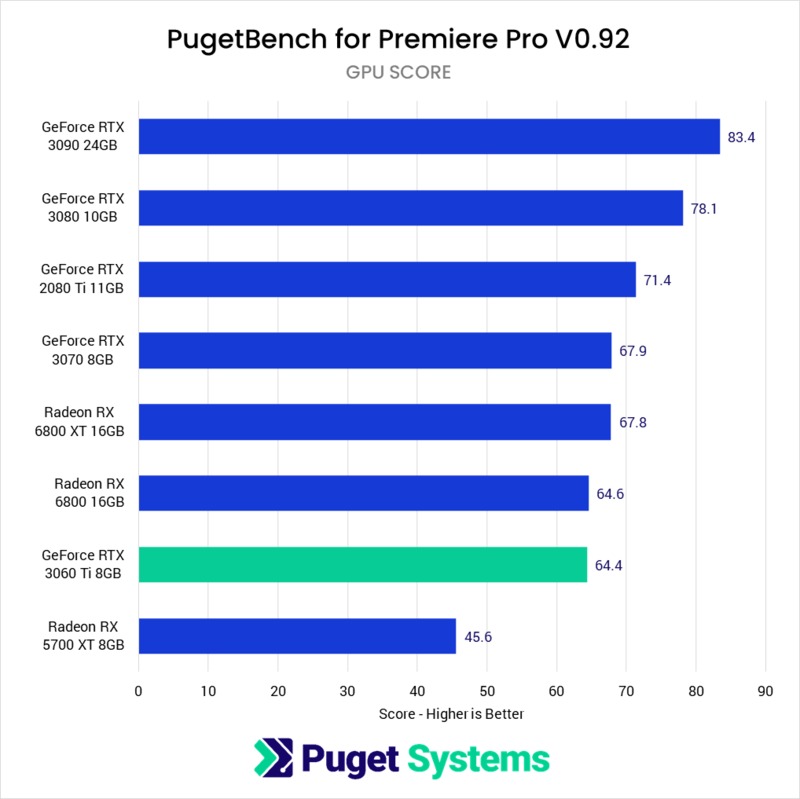 How well does the NVIDIA GeForce RTX 3060 Ti 8GB perform in Premiere Pro?

While it certainly can't keep up with the top-tier NVIDIA GPUs like the RTX 3080 and 3090, for many users the difference is not actually as large as you might expect. It is only in projects with a large number of GPU accelerated effects - or particularly heavy effects like noise reduction - where the higher power of the RTX 3080/3090 will give significantly higher performance.

However, always keep in mind that performance is only part of the equation; you also need to ensure that you have enough VRAM (video memory) for the projects you will be working on. Luckily, the RTX 3060 Ti has 8GB of VRAM which makes it more than enough for most 4K timelines. But, if you plan on working with 8K media/timelines, you will likely want to upgrade to the RTX 3080 simply for the 10GB of VRAM that is available on that GPU.