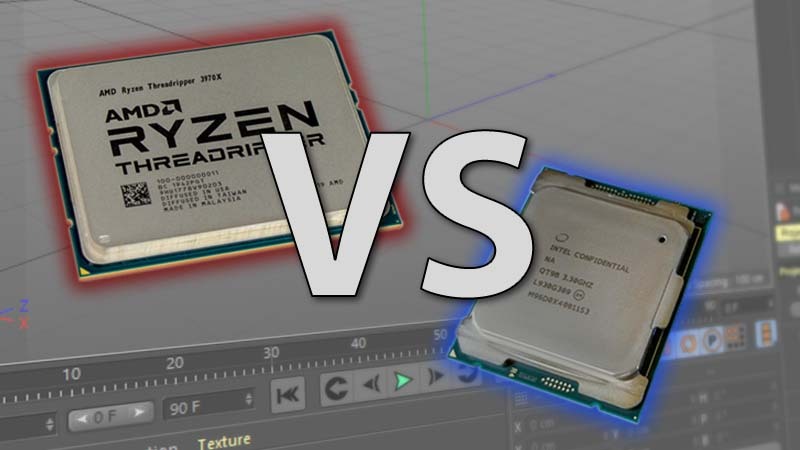 For this article we are taking a look at how these new processors compare against each other, the previous generation they are replacing, and their mainstream desktop counterparts. The focus is on CPU-based rendering performance in Cinema 4D, so we are using Maxon's free Cinebench R20 benchmark. More info about this tool and how we used it are available in the Benchmark Details.

We also took a look at rendering in V-Ray Next in another article, for those who use that plug-in instead of the native C4D renderer.

A quick note about memory specifications: the latest CPUs from AMD and Intel support varying speeds of RAM depending on how many modules are installed. In past articles we've sometimes tested at multiple speeds, but to help keep things more uniform going forward we are standardizing on the speed that each processor/platform supports when all memory slots are used (even if we aren't filling them completely for our testing). Along with using the same total RAM capacity, that should help to keep results fair and consistent.

As previously mentioned, we used Maxon's Cinebench R20 utility for this comparison. It renders a scene using Cinema 4D's built-in engine, fully utilizing all cores until the render is completed. Based on how long that takes, an artificial "CB score" is assigned – with higher scores being better, and representing shorter render times. There is also a single-core mode available, performing the same task with just one active thread, but that is not really indicative of real-world performance so we did not include it in our test runs. 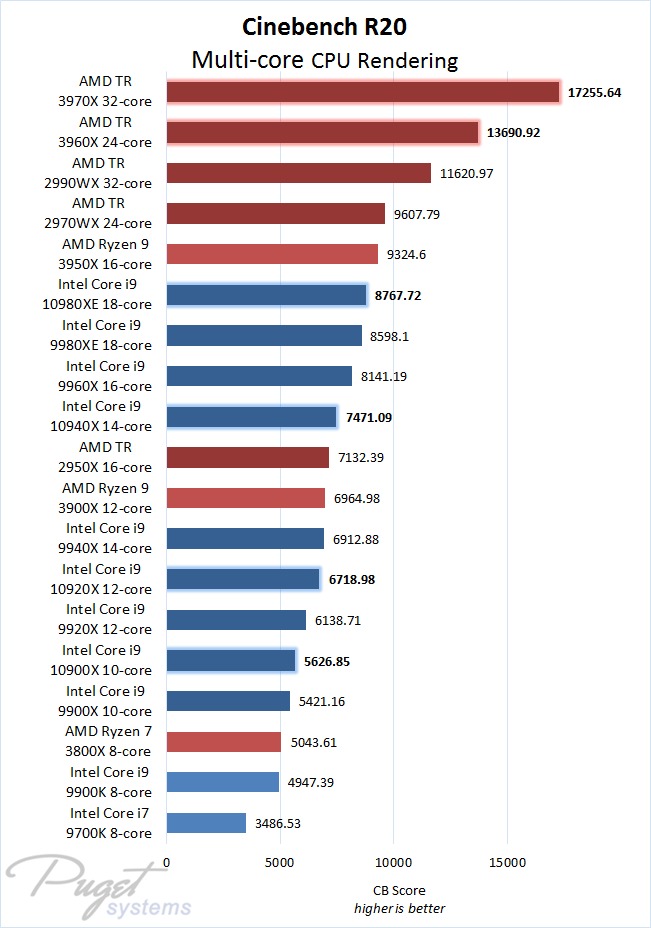 Intel's new Core X processors range from 5 to 10% faster than the previous generation, while also being half the price.

That alone would be great news for Cinema 4D users, but because of the dual product launch happening it is overshadowed by AMD's new Threadripper. The new Threadripper processors are around 50% faster than their predecessors, and the top-end 3970X is almost twice the speed of Intel's top-end Core i9 10980XE. Its price is also twice that of the Intel chip, but that is when looking at the CPU alone; a whole system with the Threadripper would still cost more, but nowhere near double.

For pure rendering, AMD's new 3rd Gen Threadripper processors are by far the better choice. A lot of work in Cinema 4D is modeling and animation, though, which are more lightly-threaded. We are still working on developing benchmarks to better test that aspect of performance, but based on other tests it looks like the latest Intel and AMD CPUs should be pretty similar for that workload.