Skip to content
Always look at the date when you read an article. Some of the content in this article is most likely out of date, as it was written on October 11, 2012. For newer information, see our more recent articles. 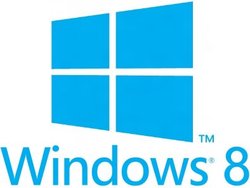 As with any new OS, Windows 8 has a host of new features and improvements that are aimed to improve usability. Many of the larger and more important of these are already very well documented by either Microsoft or third party websites. While this article has some basic information on what we consider to be some of the more important new features found in Windows 8, this article is more a collection of the great articles and blog posts we have found elsewhere on the web to help you find the information you need. 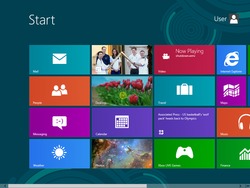 The new Windows 8 Start Interface is a major change to how a user interacts with the OS. Rather than booting directly to the desktop and using the familiar Start menu, Windows 8 utilizes a tiled interface that until now was more commonly found on mobile devices such as tablets and phones. The desktop still exists and can be easily accessed, but Microsoft is clearly pushing users to primarily utilize the new tile interface. To aid in organization, these tiles can be easily moved, added, removed, and even sorted into groups with custom names.

There are advantages and disadvantages to this new interface, some of which we have touched on in a previous article (link below). Whether you like this new interface or not, it is here to stay for Windows 8 so it well worth familiarizing yourself with it. 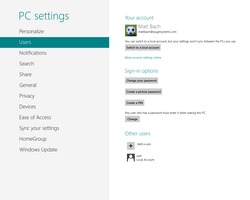 We could have separated these two items into their own categories, but we feel that they are so closely linked that it would be better to group them together. Windows 8 give you the ability to create an account using your Microsoft LiveID instead of a traditional local user account. The advantage of doing this is that it allows most of your preferences to be accessible from any computer that your LiveID account is on. So on any Windows 8 computer you use, the background, website favorites, mouse settings, accessibility settings, and many more will be the same. SkyDrive further improves on this by allowing specific folders to automatically upload to the "cloud" so that they are available on any PC you log on to.

Internet Explorer 10 differs from previous versions of IE as there are two distinct versions included in Windows 8. The desktop version is very similar to previous versions and, as the name implies, can be accessed through the desktop. The second version, however, is used exclusively through the new Start Interface. This version is very simplified and as thus intended for basic web browsing. You still have the ability to go back/forward, use tabs, and save/load favorites; but you cannot do more advanced things such as print, view source, or manage add-ons. In the Start version, you are also limited to a total of ten tabs. If you open a new tab past the tenth, it will automatically close the tab that has gone the longest without being viewed.

Navigating the Start IE 10 is a bit different as the forward/back buttons are actually overlaid on top of the webpage to the left and right side. To access tabs or to enter a web address, right-click on an empty space on the webpage. To access your favorites, right-click to bring up the address bar, then click on the web address as if you were going to type in an address manually. This will bring up a list of your favorites above the address bar. 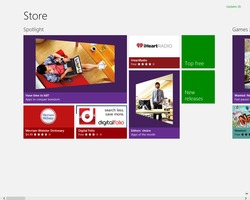 With the new Start Interface in Windows 8, Microsoft is encouraging apps of a style that until now are more traditionally found on mobile devices. To distribute these apps, users will use the Windows Store to find, install, and potentially purchasing these apps. By using a central store, all apps are in one place rather than spread out throughout the web whcih makes it easier to find and compare apps. Since apps can be rated and reviewed, this also makes finding the most useful apps for your need much easier as you can easily sort out the 1 or 2 star apps and focus on the 4 or 5 star apps.

Using gathered user data, Microsoft has been able to determine the most common ways that the majority of users use Explorer. Utilizing this data, they designed a new Ribbon UI for Explorer which contains many of the most common uses for Explorer including Copy, Paste, Delete, Rename, File History (if enabled) and many more. This UI is also somewhat dynamic as additional tabs will appear depending on the folder you are viewing. For example, the Music Library folder will display music tools such as Play and Add to playlist while the Pictures Library folder will display tools such as Rotate, Slide show and Set as background. 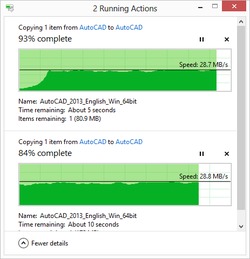 Copying files is a major part of any operating system, and Microsoft has improved the experience greatly over their past operating systems. The most noticeable change is that if you start multiple file copies, Windows 8 compiles them together into a singe file copy window. So instead of having 10 different file copy windows open, you now will have a single window that lists each of the 10 file copies that are in process.

Within this window, you can pause, resume, or cancel any copy in process. If you click the "More Details" button, in addition to information such as the time and items remaining, you also get a live graph showing the speed of the transfer.

File history is a way of both backing up files as well as keeping multiple file revisions. It requires a secondary hard drive and is very easy to setup. Just turn on file history, point it to your secondary drive and by default everything in your Libraries, Contacts, Desktop and Favorites are backed up every hour. You can manually exclude folders, but at this time there is no way to manually add a folder (say a folder on the root C: drive) that is not in your user's folder. Note that enabling file history only applies to the user that is currently logged in. If you want file history to be on for multiple users, you must login and enable file history for each user.

Once file history has multiple copies of a file saves, you can either revert a single file to an older revision, or view the folders as they were at any of the saved times. So even if you completely delete a file and clear the recycle bin, you can still recover the file through file history.

Refresh and Reset are two ways that allow you to essentially reinstall the operating system. Refresh uses an image created by the manufacturer (or manually created yourself) that allows you to revert your OS back to the way it was when the image was made. The advantage of using Refresh over a traditional OS image is that your user data as well as any apps downloaded from the app store will be saved. Some user settings are saved as well, but since Refresh might be used to fix problems that were caused by improper settings, only the very basic settings (like the desktop background) are saved. Things such as file type associations and firewall settings will be reverted back to default.

Reset is different as it requires the OS installation media and will completely reinstall the operating system. So any user data on the drive will be removed. This is essentially the same as doing a completely fresh OS installation, but is achieved through the OS rather than booting directly to the install media.

While Task Manager is not a new feature exclusive to Windows 8, Microsoft has made some great changes to improve its usability. Most notably, Task Manager now uses a heatmap-like interface where the more system resources a process is using, the darker the shading of that specific cell. This makes it easier to identify which processes are hogging system resources to help you track down a misbehaving application.

The live performance graphs have also been visually improved and can be switched to a summary mode by right-clicking on the graph. This reduces the amount of screen real estate the monitor uses which gives you the option to keep it up on your screen for a live look at your system performance.

Finally, a new tab has been added called "App History". This tab shows you how much CPU time as well as how much network activity an application is using. This is a great way to identify an app that is consistently hogging your CPU or network bandwidth.

Often, when you are downloading a large install program, it will come in the form of an ISO. ISOs were originally intended to be directly burned to a CD or DVD, but they have become increasingly popular as stand-alone file types. Until now, the only way to directly use an ISO file was to either extract the data or mount it to a virtual CD/DVD drive using third-party software. Windows 8 adds native ISO support so that you can easily mount an ISO file to a virtual CD/DVD drive. Mounting and ejecting the ISO can be done either by using the Explorer Ribbon UI or by right-clicking on the ISO file.

Storage spaces allow you to take a "pool" of hard drives, and virtually allocate them in a number of ways. You could put together 2 or more drives into a mirror configuration (much like a RAID 1) to provide data redundancy, or you could configure two drives to work as a single large drive. Storage spaces also allow you to allocate more space to a storage "drive" than there is physically available. Say you have a 500GB drive that you are using to store home movies. If you create a storage space using that drive and allocate 2TB worth of space, when you get close to filling the 500GB drive Windows 8 will notify you that the drive is almost full and that you need to add another drive to the storage space. So you go to the store, get another 500GB drive, and add it to the storage space. Immediately you have an extra 500GB of space on that virtual drive.

Note that the data identifying the storage space is written to the drives themselves, so if an OS reinstallation (or Reset and Refresh now as well) is necessary, the storage space should be picked up automatically by the new OS.

There are some downsides to storage spaces, however. If a storage space fails in a way that you are not able to access the drives, recovering the files from any of the drives may not be possible. At this time, it appears that if you use thin provisioning (allocating a larger space than the drives physically have) the drive cannot be read as a single drive by anything other than the original storage space. So if that configuration file goes bad – even if you setup the storage space as a two or three-way mirror – your data may not be retrievable. There are many companies working on a data recovery solution to solve this problem, but at the moment there is some risk to using a storage space.

While this may only affect a small percentage of users right now, using multiple monitors has steadily been gaining popularity as monitors come down in price. Microsoft anticipated this change, and greatly improved multi monitor support in Windows 8. In addition to basic things such as being able to set independent background for each monitor, several usability improvements (such as determining which monitor taskbar buttons appear on) have also been added.